Marquez makes it four in a row in Austin 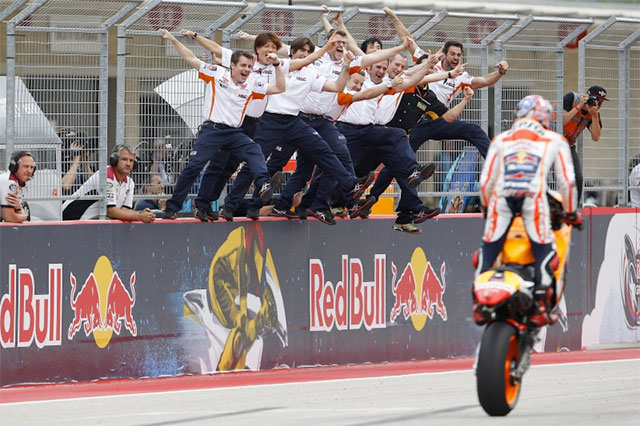 Marc Marquez today scored his fourth successive win from pole at Circuit of the Americas, making it his 10th victory in a row on American soil and extending his lead in the Championship standings by 21 points over Jorge Lorenzo.

Marquez led from the beginning of the Texas weekend, finishing first in every practice, earning pole position and finally leading the race from the start to the chequered flag, setting the fastest lap of the race at 2‰Ûª04.682 on lap 11. With this success, Marquez overtakes Kevin Schwantz in number of victories in the premier class, with 26, while Honda now leads both the Constructor and Team standings. 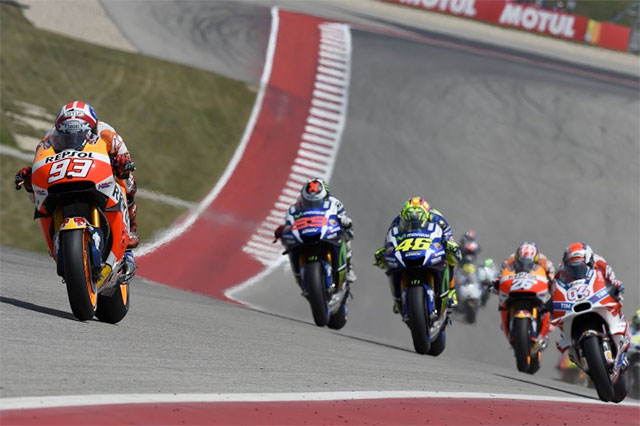 4 from 4 for Marc Marquez in Texas
Jorge Lorenzo took the second spot on the podium with Andrea Iannone taking the final piece of Silverware. Heavy hitters, Valentino Rossi, Dani Perdrosa and Andrea Dovizioso all failed to greet the chequared flag. Rossi crashed out after losing the front end on lap three while Dovizioso was taken out for the second race in a row when Dani Pedrosa plowed into the unfortunate Ducati rider. Pedrosa remounted his bike and re-joined the race but was forced to retire on lap 11 due to damage to his bike.

‰ÛÏI‰Ûªm very happy with how the whole weekend has gone. This is a circuit that I like, one of my favourite, but there were some unknowns here because just before the race we decided to run the soft front tyre," Marquez explained.

"In the end the team advised me very well, because the change gave me the good feeling with the bike that I had partly lost in the warm-up. I have to thank them all, as well as the Michelin technician. When I asked, they told me that I would be okay for the first 12-15 laps, and then after that I would have to manage the situation more, which is exactly what happened.

"We‰Ûªve taken another victory here in Austin and are now on a run of four in a row, which is great. In addition, the joy of the team after we won illustrates everything we‰Ûªre working on. In these first three races of the year, we‰Ûªve made good use of the situations that we‰Ûªve encountered," the Spaniard concluded. 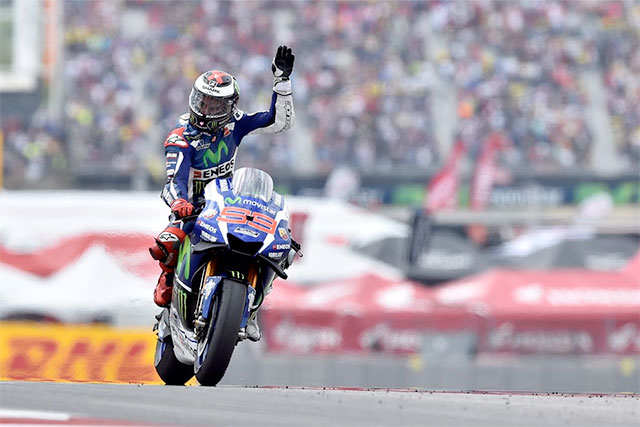 After crashing out in Argentina Jorge Lorenzo was back on the box with second in Texas.
A typical start for Lorenzo saw him grab the holeshot from second on the grid and lead into the first corner. The high pace at the front left him running wide for a couple of corners as the race found a rhythm, dropping as low as fourth before quickly recovering to third to begin hunting Andrea Dovizioso in second place.

With 17 laps to go he was able to make his move up into second but was unable to match the race Marques' speed. He then rode an intelligent race, carefully increasing the gap to Iannone in third to over 10 seconds at the line for 20 valuable championship points.

"It was really important to finish the race and get 20 points after crashing at high speed in the morning, it was really difficult mentally to focus," Lorenzo explained.

"I tried in warm up and through the few hours before the race to focus and convince myself for the race. It was a difficult beginning, the track was slippery and with the hard rear tyre and the full tank it was difficult to stop especially on braking. I made some mistakes I don't normally do in the first lap. I couldn't keep the pace of Marc, he was making the difference this weekend and in the race. I was fast enough to stay in second place and finish the race. You could see it was difficult to stay on the bike with a lot of crashes. Today the important thing was to finish and I did it." 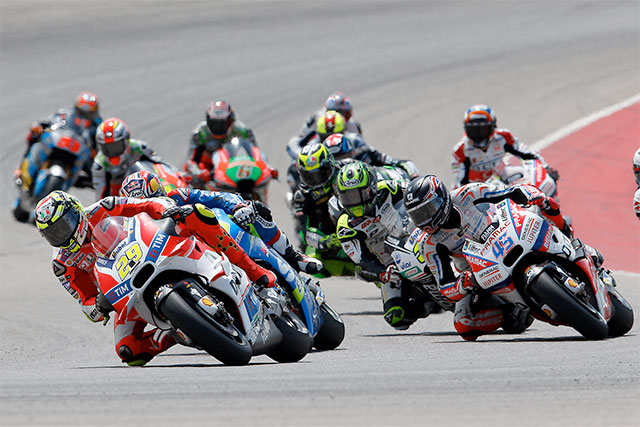 Despite a grid penalty from Argentina, Andrea Iannone was able to bounce back and take third
Andrea Iannone started from row 3, came across the line in seventh place at the end of the opening lap and then moved up through the field to third in the standings after Rossi, Dovizioso and Pedrosa all crashed out and thanks to a pass on Aleix EspargarÌ_. Iannone held on to third place until the chequered flag.

‰ÛÏIt was really important for me to finish on the podium today, but more than anything else to finish this race with a good result," Iannone said.

"I was sorry I was demoted one row on the grid and in addition, at the start, I made contact with Dani and Aleix and lost a few places. In the race however I was very constant and always lapped with a good pace, very close to Jorge‰Ûªs, and if I had started well, maybe I could even have fought it out for second place.

"In any case I am pleased with the way the GP went and I‰Ûªd like to dedicate this podium to Ducati and to all the team because I made them suffer in the first two races and I hope that this result repays them for the commitment and the work that they are doing for me," the Italian concluded. 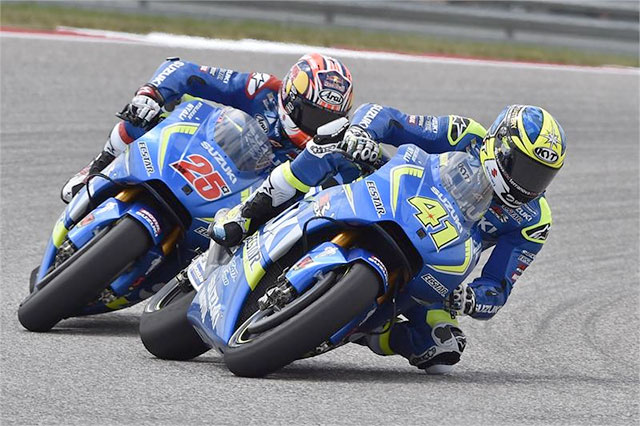 ‰ÛÏUnfortunately we had some troubles with the grip at the rear tyre, I felt confident until almost half of the race, already thinking to be able to recover on the third place, but then the performance dropped dramatically and made the recovery impossible," ViÌ±ales explained.

"At the end I decided to take the fourth and get to the finish. The result is positive, being fourth is my best result since I‰Ûªve been in MotoGP‰ã¢, but after the positive weekend it is a pity that we couldn‰Ûªt finalise an even better result. We have a day here to test and find some more solutions for the future, especially with the rear grip.‰Û