Marissa Markelon Gets First Overall Win of the WMX Season 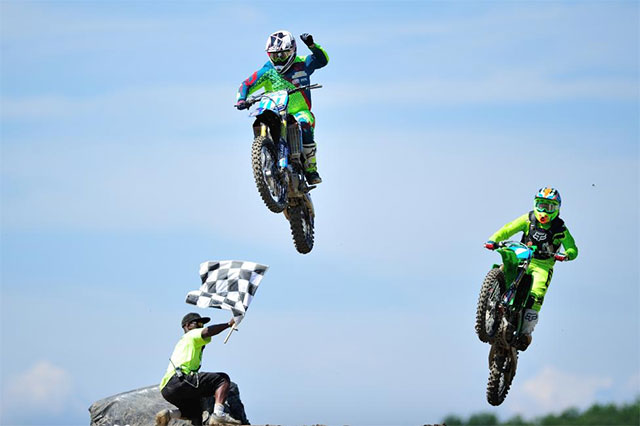 The two riders split moto wins at the "Country Club of Motocross" and in the end Markelon's 2-1 moto performance trumped Fasnacht's 1-2 for the overall.

Once the gate dropped for the first moto, Fasnacht jumped out to the early lead grabbing the holeshot. Fasnacht's first moto was impressive, as the series point leader led the race from start to finish. However, the win did not come easy as she experienced pressure from Markelon just a few laps into the race.

After starting the moto in fourth, Markelon moved quickly into second and set her focus on Fasnacht. Markelon would pull up on Fasnacht multiple times, but would start to fade during the halfway point of the moto. With a last minute push in the last few laps, Markelon would be unable to put it all together and Fasnacht would take the moto one win, with Kawasaki rider Shelby Rolen finishing the race in third ahead of KTM's Eve Brodeur and Yamaha rider Kaitlyn Morrow.

"Kylie was never more than a bike length ahead of me for most of the race, but I just couldn't get close enough to make a pass," said Markelon. 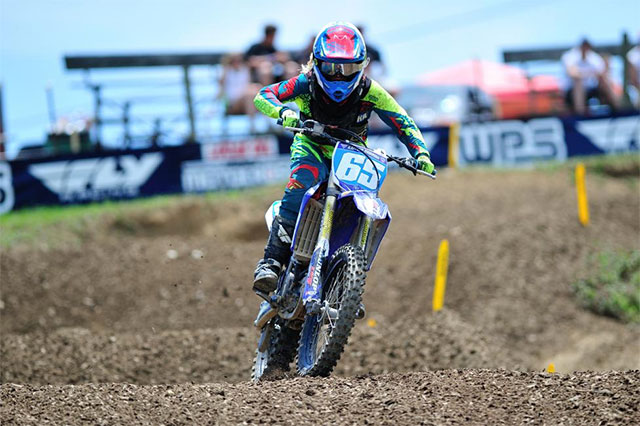 Kaitlyn Morrow finished fourth overall on the day with 5-4 moto finishes. Photo: Martha Farmer
Rolen would find herself in a favorable position off the gate during the second moto where she earned her first ever WMX holeshot. Meanwhile, Fasnacht got off to a bad start when she tangled with another rider out of the gate.

"I got sideways off the line and I slid into Kaitlyn right out of the gate and that slowed me down," said Fasnacht. "I was lined up on the inside so I had to hit my brakes going into the first turn and I think I was almost last, maybe there was only one rider behind me heading into the first lap."

In the meantime, Markelon was around fifth off the start, but made a couple of quick passes during the first few laps before taking the lead away from Rolen on the third lap.

Fasnacht made an impressive ride through the pack to catch up to Markelon with three laps to go, and the Kawasaki rider moved to within striking distance on the final lap, but came up just a wheel short as Markelon crossed the finish line first to grab the moto win and the overall victory.

"I had Markelon in my sights and I just started getting closer and closer," said Fasnacht. "I tried to make a pass a couple of times after the white flag came out but just couldn't make it happen. Finally, I decided I was going to make it happen going up the big hill before the finish, and we both got a good drive out of the corner before the hill so it was a drag race and she beat me to the line." 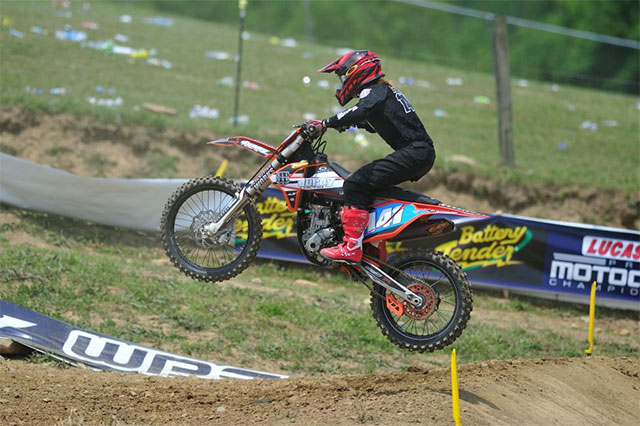 Eve Brodeur rounded out the top five in Mount Morris, Pennsylvania. Photo: Martha Farmer
After an intense battle between Rolen, Morrow and Brodeur it would be Rolen finishing in the third place position. A pair of third place moto finishes earned Rolen her first ever WMX overall podium Morrow would follow in fourth (5-4) and Brodeur would round out the top five (4-5).

Markelon was particularly happy to get her win on Father's Day. "My dad puts in so much work for me that I thought it was appropriate to get my first win today," said Markelon. "Coming into this race I was thinking I'm the only top girl without a win, so it was about time I got this one."

Since Markelon and Fasnacht split wins and second place finishes, Fasnacht kept her 24-point lead in the series standings intact, and carries that into round six of the series at the Ironman National in Crawfordsville, Indiana, on August 28.