Marc Marquez Confident Of Being Back On Top At Favourite Track 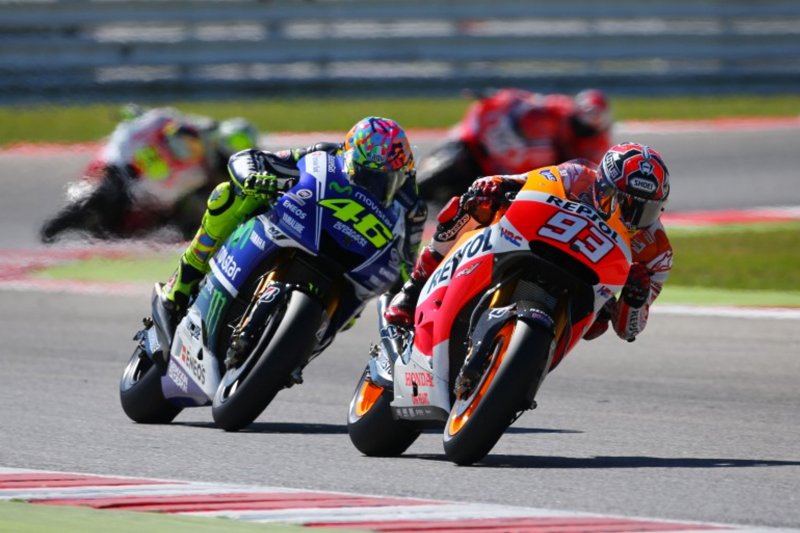 The Repsol Honda team returns to Spain for the third time this year with the aim of getting back to its winning ways following its first defeat in 13 races at Misano two weeks ago.

Runaway title leader Marc Marquez was once again in the fight for victory at the Italian track, until he slid off without injury.

Marquez has had a near perfect title-defence season so far, with 11 wins, one fourth-place finish and one 15th place two weeks ago after he had remounted and restarted at Misano. That tumble came as the youngster battled with veteran Valentino Rossi (Yamaha) at the Italian‰Ûªs home track.

Many riders in Marquez‰Ûªs position would have preferred to ease off and finish a comfortable second but it is in Marquez‰Ûªs nature to fight for victory whenever possible. This is the attitude that has won him such a massive global following in only his second season in the class of kings.

Marquez certainly has form at AragÌ_n, his favourite track on the calendar. Last year he beat reigning World Champion Jorge Lorenzo (Yamaha) in his first MotoGP ride at the track and in 2011 he won the Moto2 race.

‰ÛÏAfter a disappointing weekend in Italy it will be nice to return home to race in front of our home fans in AragÌ_n this weekend and also my fan club will be coming!" Marquez admitted. "This is my favourite track of the year and we‰Ûªve had good results here in the past three years so I hope to continue this way.

"It has technical first and final sections, and you need to be strong in cornering, but we work hard from Friday to be back on top on Sunday!‰Û