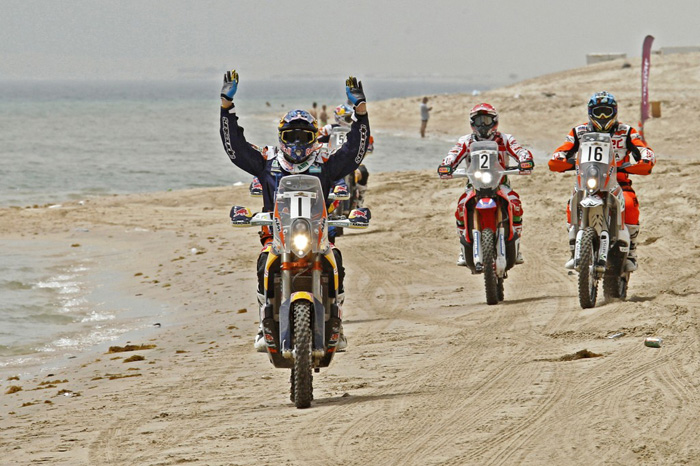 Marc Coma has confirmed that he will not race the 2016 edition of the Dakar Rally after taking on a roll to assist with the events organisation.

After racing the famous Dakar event 12 times with 5 victories along the way, Coma has been called upon to assist Etienne Lavigne as sporting director of the event. The Spaniard will be devoting his passion for the Dakar to helping the organisers, starting this week: he will be spending part of July carrying out reconnoitring for the 2016 edition.

It was a big decision for the rider who won the race in 2015 but the Spaniard is looking forward to focusing on the task at hand.

‰ÛÏMy first reaction was ‰Û÷wow'‰Û_ I was in shock! Winning the Dakar 5 times was already a dream for me, but now I realise just how lucky I am being part of the organising team, with this level of responsibility is an opportunity for me to put back into the rally everything that the Dakar has given me‰Û