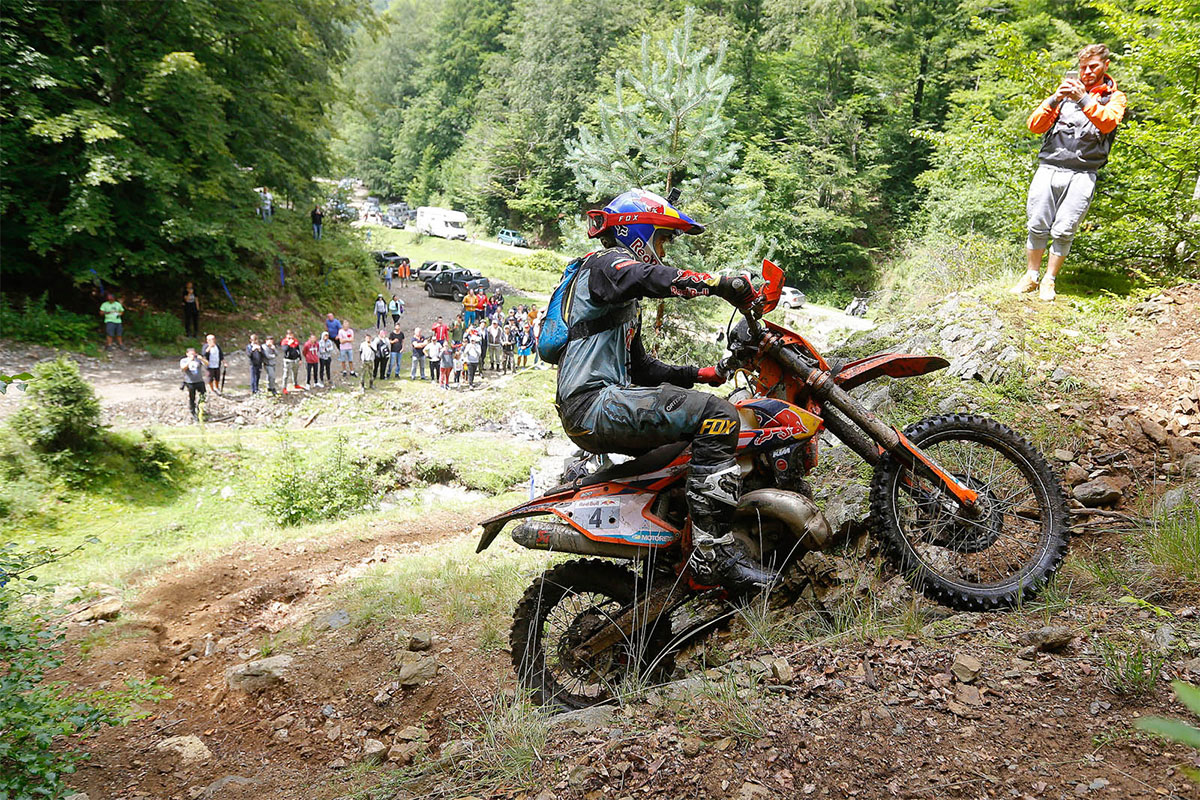 After Tuesday‰Ûªs action-packed Prologue opened round four of the World Enduro Super Series, the 15th edition of the race took riders out into the surrounding Carpathian Mountains of Sibiu, Romania for the first of four demanding days of Enduro riding. After almost 160 kilometres of racing, Lettenbichler took the win over South African Wade Young with Brit Jonny Walker in third.

An early start greeted the competitors from the 53 nations in this year‰Ûªs Red Bull Romaniacs as riders left the start line before dawn, at 6.30am. With a point-to-point course laid out, the route took them across the mountains to the finish line at the Straja ski resort. Periods of rain throughout the day ensured the already wet and muddy trails offered an early wake up call for competitors across all classes.

Taddy Blazusiak had the honour of leading the field out, followed closely by Young and then Prologue winner Billy Bolt. An early crash from Blazusiak allowed Young to hit the front of the field ‰ÛÒ a position he would hold throughout the day, eventually crossing the finish line first on the road after almost nine hours of racing.

As the fourth Gold class rider to start, Lettenbichler pushed hard and quickly worked his way past Bolt and Blazusiak, riding on to the wheel tracks of Young. Shadowing him for a large portion of the day, he dropped back nearing the finish line, but still had enough in hand to take the win on corrected time and provisionally move to the top of the classification.

‰ÛÏThat was a pretty good day," Lettenbichler said. "At the beginning I managed to pass Taddy and Jonny and then around checkpoint eight I caught up with Wade. I tried to stick with him but at the end he was just too fast, so I rode my own pace and got to the finish in one piece. I think my time was good for the overall, which is awesome. It‰Ûªs really, really wet out there and the last part of the day was so muddy. The clay was so slippery ‰ÛÓ it was hard to get any grip at all. Now I need to focus on tomorrow and hopefully ride another good day.‰Û 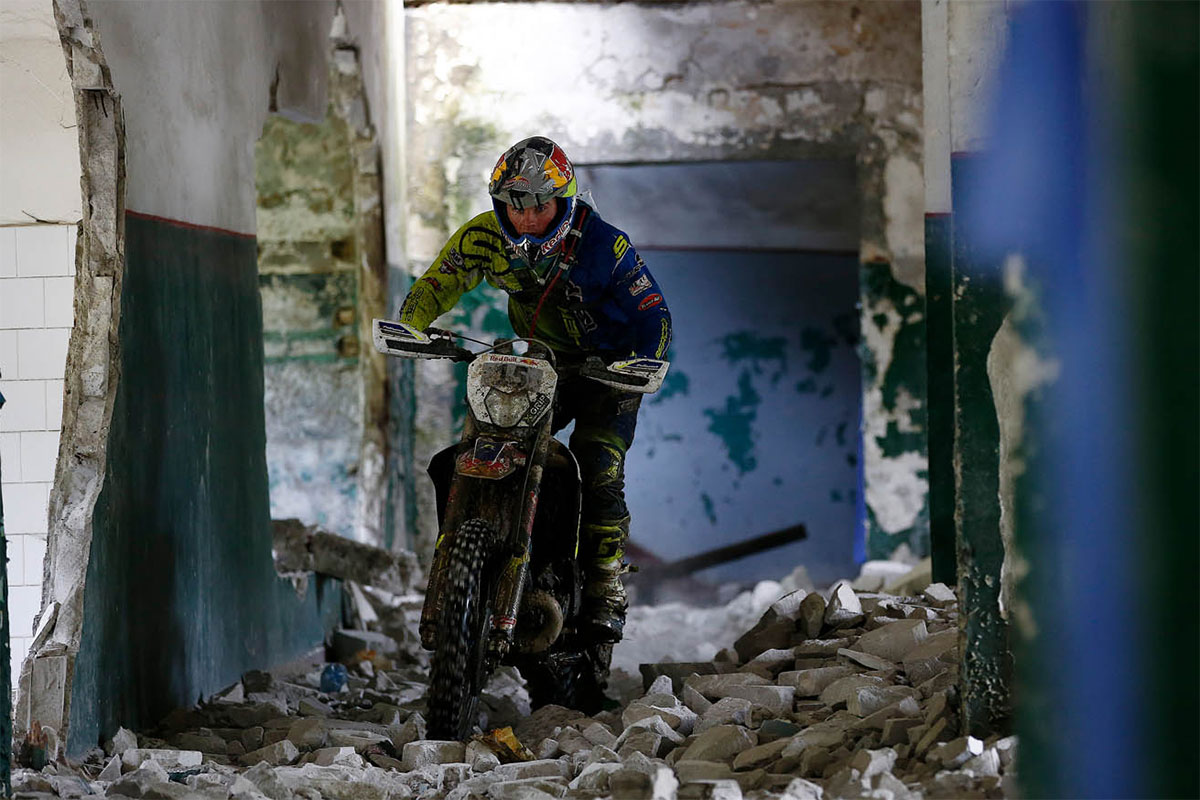 South African Wade Young on his way to second place.
Wade Young had a feeling it would be a tough day and that it was.

‰ÛÏManni was chasing me down all day but he never got past me," Young said. "If I made a mistake I could always hear him behind me ‰ÛÒ he kept me honest all day and kept me pushing. We knew this morning after all the rain it was going to be difficult. It means you end up using so much more energy trying to keep things under control and in a straight line. Going into the first hill was probably the toughest part of the day for me, I hadn‰Ûªt quite got used to the forest and it was so slippery ‰ÛÒ I pretty much had to push the whole way up.‰Û