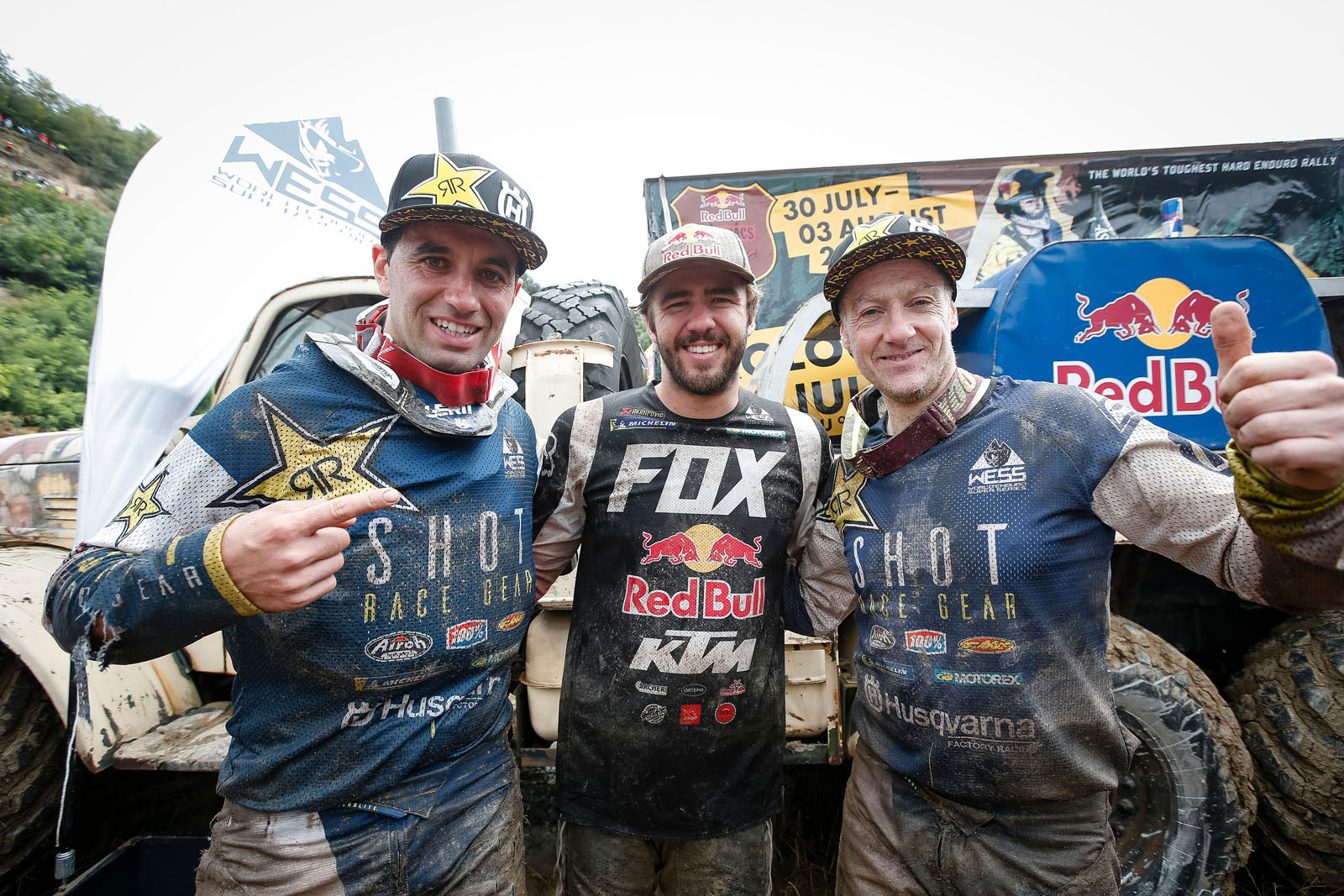 Securing the win on the final day of racing in Romania, Lettenbichler claimed his debut victory in WESS. He was joined on the podium by Spaniard Alfredo Gomez and Brit Graham Jarvis.

Holding the provisional lead at the end of the penultimate day, Lettenbichler was determined to claim the top step of the podium on the final day of racing. With a slender one-minute and seven-second lead over Gomez, the German pushed hard from the off and following the early climbs maintained his position at the front.

Gomez appeared to struggle to find his rhythm early on, dropping back behind a charging Jonny Walker. The British rider was on top form and provisionally led on corrected time entering the service point.

But with heavy rain greeting riders, the already challenging trails proved slippery and unpredictable. Gomez found his rhythm in the rain and brought the fight back to Lettenbichler. The duo swapped and changed position with each passing section. 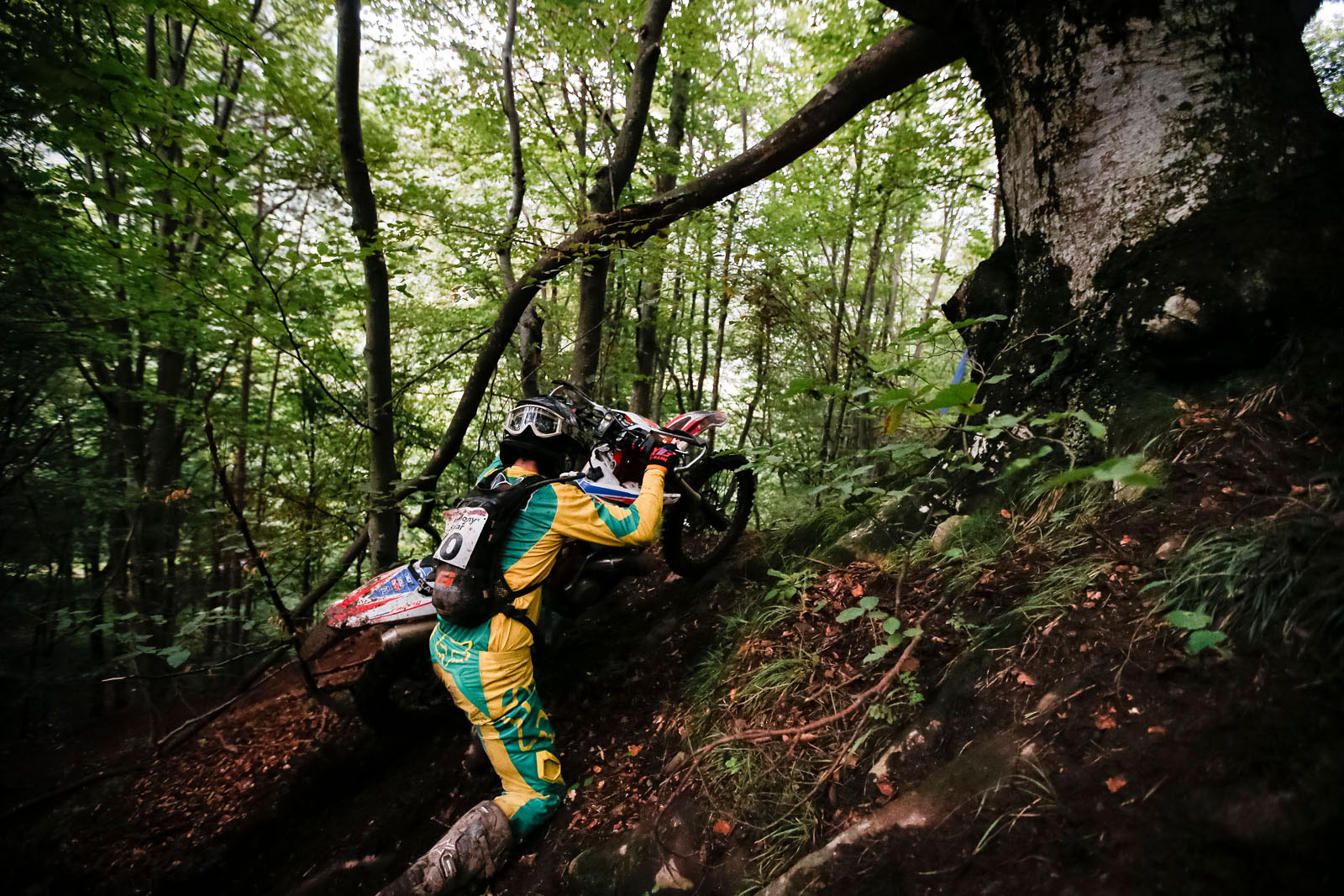 Rain made for slippery climbs - Photo: Future7Media
Lettenbichler entered the Gusterita finishing arena first and worked hard to complete the remaining climbs as quickly as possible. Anxiously waiting for Gomez to arrive, the KTM rider kept one eye on the clock and one on his rival as the seconds ticked by.

The nerves soon turned to joy and with Lettenbichler declared the winner, the celebrations could begin.

‰ÛÏI‰Ûªm over the moon right now, I really can‰Ûªt believe it," Lettenbichler said. "This race is really something special and to win here feels amazing. The event is so long and so hard and anything can happen, so I‰Ûªm so pumped to take the win. It‰Ûªs been an incredible five days and so gnarly, especially with all the rain we‰Ûªve had. Some of the uphills that would have been tricky anyway have become near impossible today. It‰Ûªs 10 years since my dad won Red Bull Romaniacs so it‰Ûªs great to be able to match his achievement ‰ÛÒ the Lettenbichlers are definitely going to celebrate tonight!‰Û 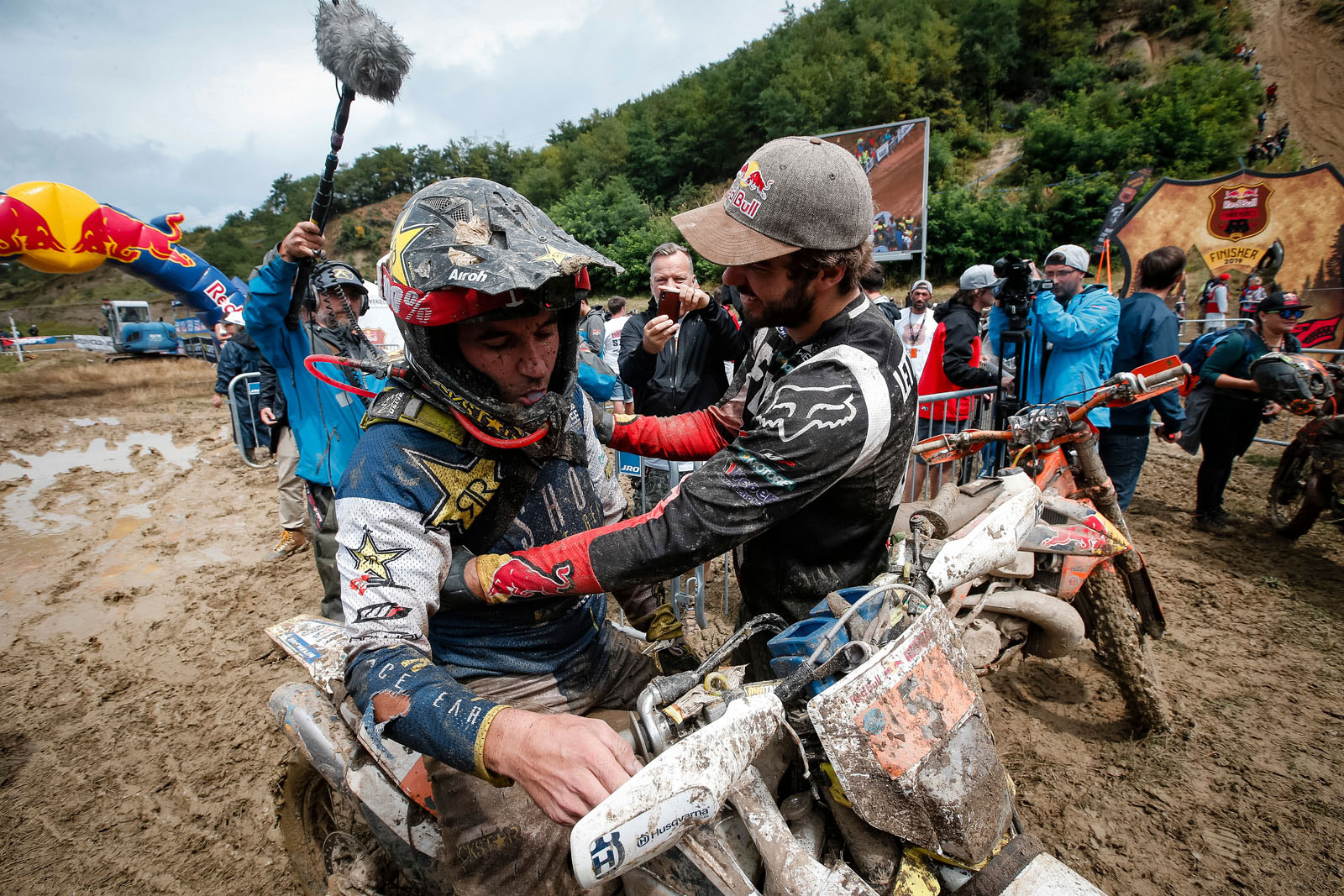 Alfredo Gomez gave his all, but couldn‰Ûªt better Manuel Lettenbichler - Photo: Future7Media
For Gomez it was a case of close, but not close enough. Despite giving his best effort on arguably the toughest day of this year‰Ûªs race it was not to be and he had to settle for the runner-up result.

"It‰Ûªs been an amazing race, I‰Ûªm so happy to get on the podium," Gomez said, "The first day didn‰Ûªt go so well for me but then on the second day I had a better feeling on the bike and was able to take the win. The last two days also went well and it was great to have such a close fight with Mani and Graham. Obviously I‰Ûªm disappointed not to have taken the win but it still feels great to come second after such a long and demanding race. Thank you to everyone who helped me over the event ‰ÛÒ my team and all the fans ‰ÛÒ I‰Ûªll come back even stronger next year."

Putting hopes of another victory in this year‰Ûªs championship on hold, Jarvis ended his week on the third step of the podium.

‰ÛÏIt was definitely the hardest day today ‰ÛÒ it was so slippery on the hills after the rain and there was a lot of pushing," Jarvis said. "I‰Ûªm happy just to get to the finish today ‰ÛÒ I was going well up to the service point then I had a crash and lost my GPS. After that I just tried to tag onto the other riders so I knew where to go. I did get lost a couple of times, so I‰Ûªm really happy to get third. Overall the event has gone well, it‰Ûªs been one of the closest and I‰Ûªm happy that I was still in contention right up to the end.‰Û 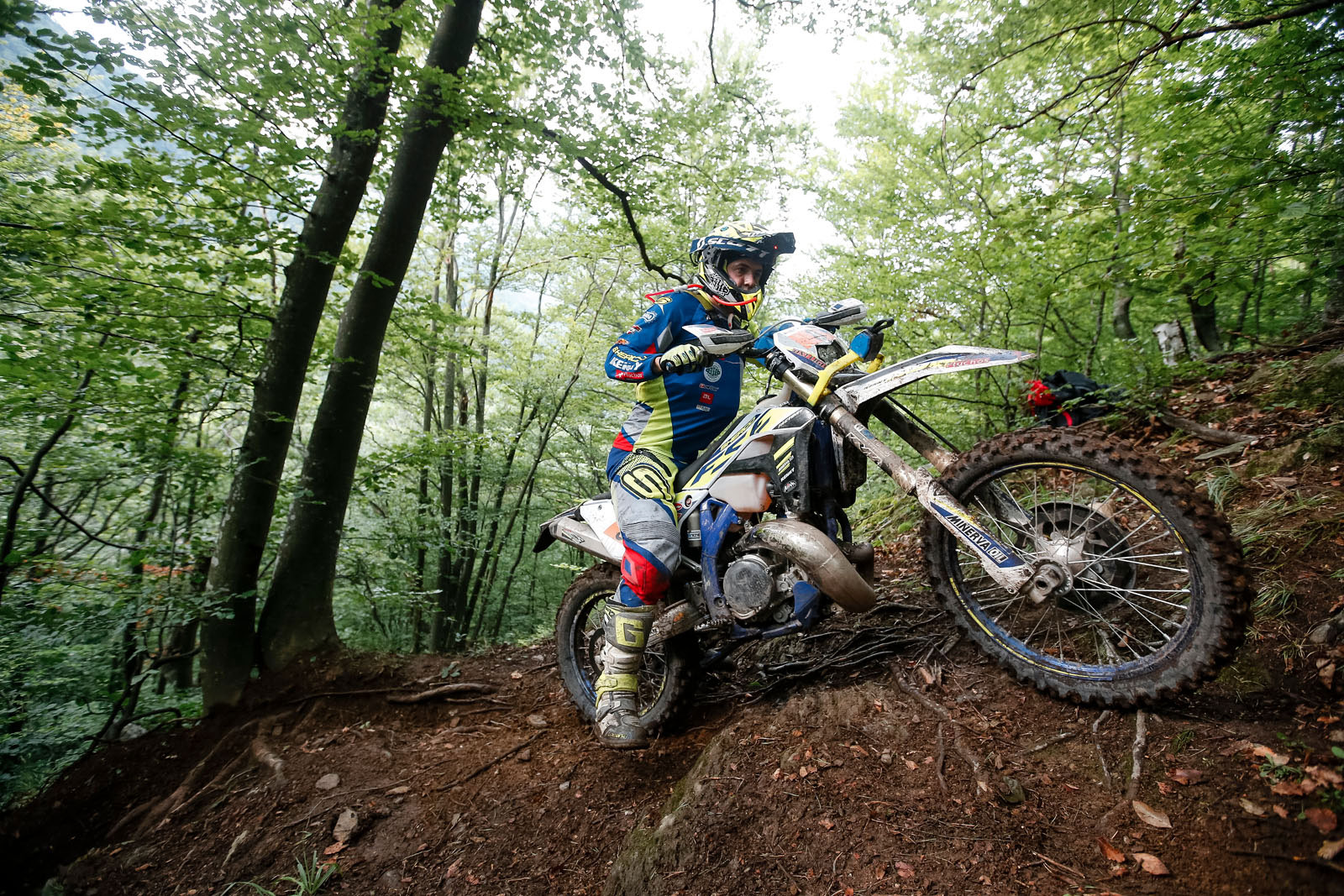 Mario Roman ran into trouble on the final day - Photo: Future7Media
With the top three proving themselves the main contenders, Blazusiak was a definite improver as the week wore on. Hampered by his technical issue on day one, a strong ride on the final two days brought him back up the leaderboard for fourth. A really strong ride from Walker for third on Off Road Day Four, saw him complete the top five in the final classification.

Behind the top five, drama struck Mario Roman. Holding fourth overall, the Spaniard had a bad day at the office in seventh. Despite a strong three days previous, he slipped to seventh overall. His loss was Billy Bolt‰Ûªs gain, with the British rider moving up to sixth overall.

Signing off on an impressive week, privateer David Cyprian placed ninth in the rain to end round five eighth overall. Spaniard's Pol Tarres and Josep Garcia completed the top 10 in ninth and tenth respectively. 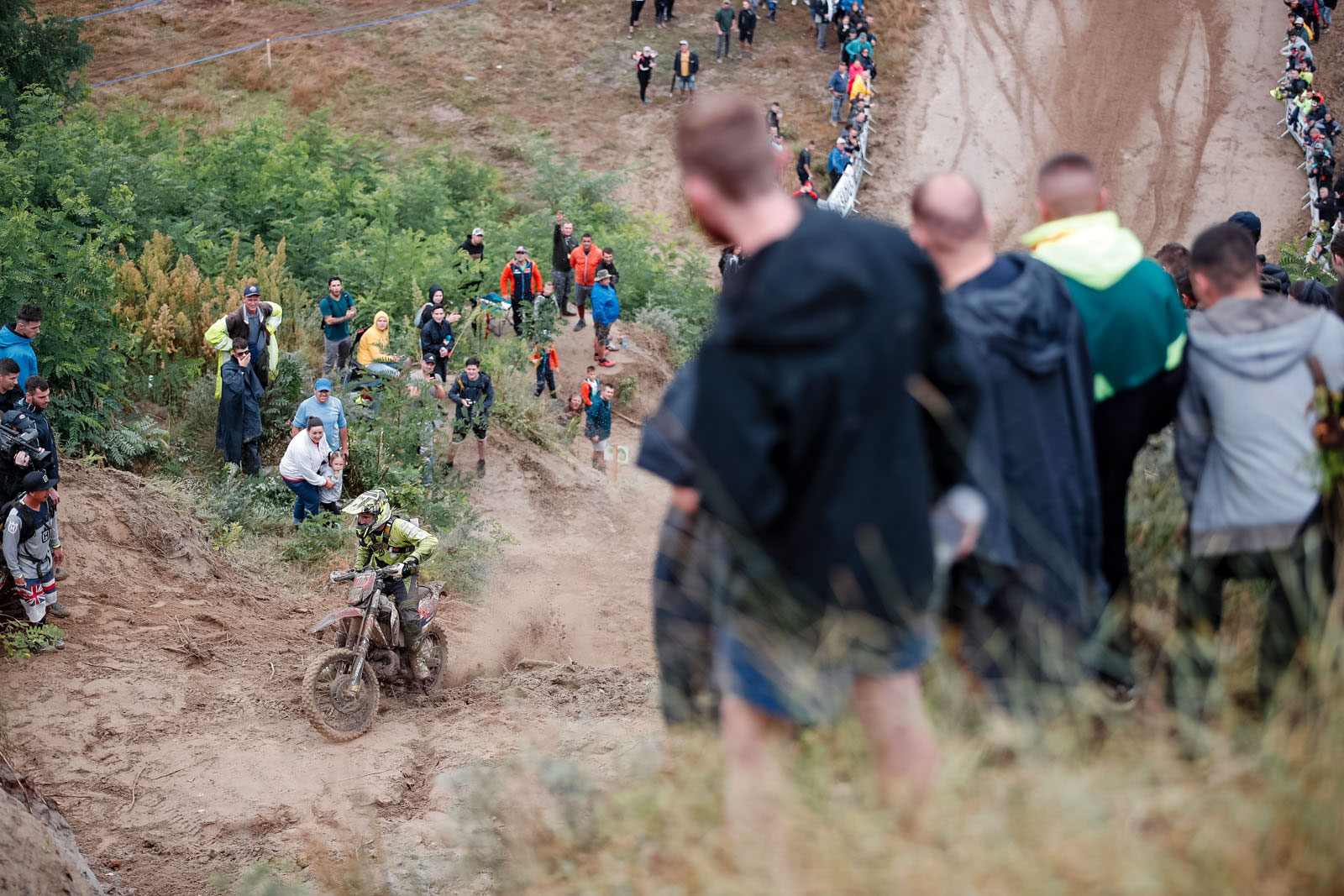 ‰ÛÏI‰Ûªm so pleased to win the Silver Class," and enthusiastic Artola said. "I won the first three days and it would have been great to have posted the fastest time today, but I decided it would be better to take it steady to make sure I got the victory. The hills were so slippery and at Red Bull Romaniacs anything can happen, so I just followed today‰Ûªs winner to the finish. It feels great to win here at one of the toughest races ‰ÛÒ I‰Ûªm so happy.‰Û 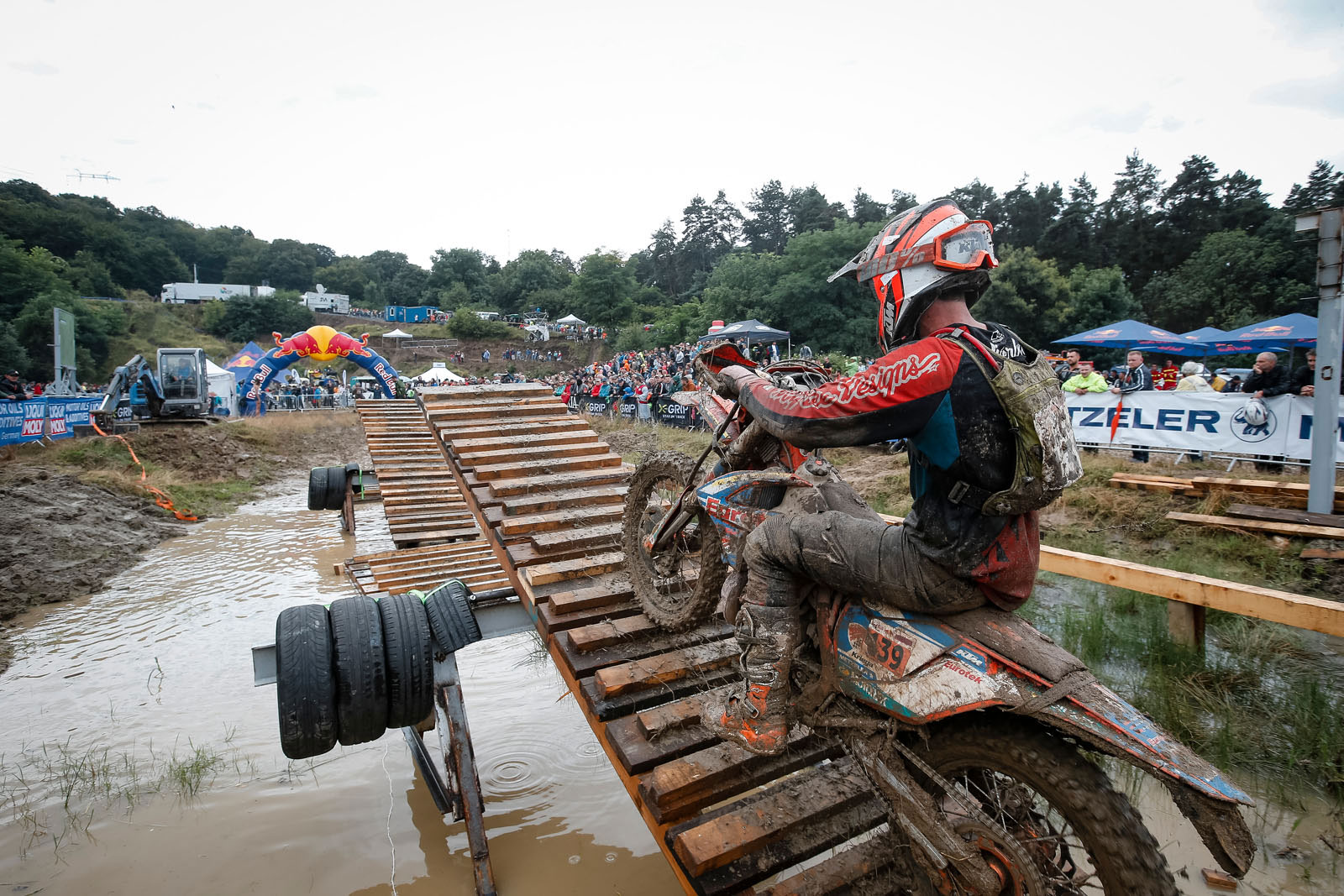 The final push for competitors - Photo: Future7Media
Romania‰Ûªs Radu Sardarescu grabbed the final day‰Ûªs win, but shadowing him home for second saw Poland‰Ûªs Marcin Welglarz claim the overall Bronze class victory. In the final classification he was joined on the podium by Eric Slominski and Frenchman Jean Michel Vigand.

History was made in the Iron class with Anna Schmolzl becoming the first woman to ever win a category in Red Bull Romaniacs. The German was a model of consistency this week never faltering outside the top three, earning her a commanding 20-minute margin of victory over American Danny Melvin and Mexico‰Ûªs Eduardo Martinez.

The World Enduro Super Series continues with round six at Hawkstone Park Cross-Country, UK on September 21-22. 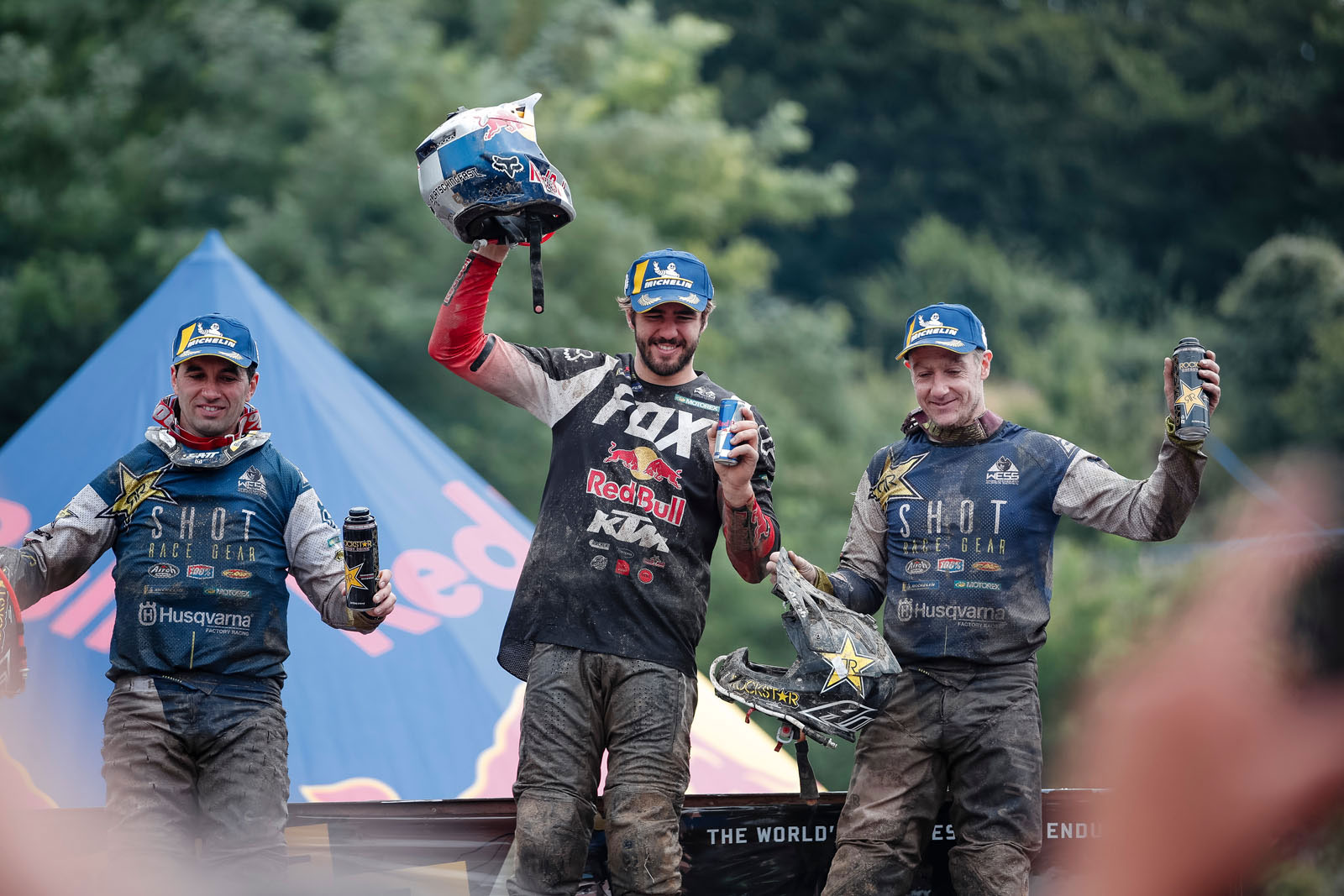