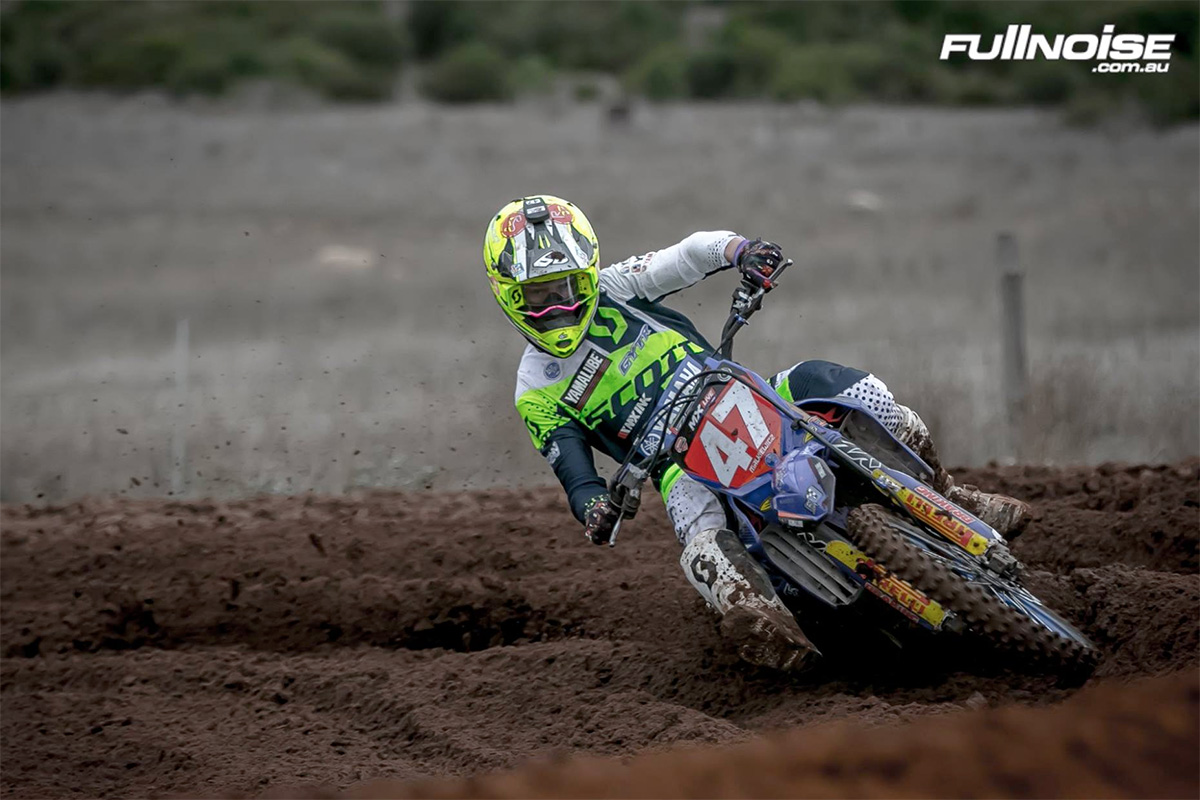 A track banner lodged in his rear wheel in the closing stages of the final moto played a big part Bailey Malkiewicz's day. Photo Aaryn Minerds
WBR Yamaha‰Ûªs Bailey Malkiewicz has managed to cling on to the points leaders red plate in the MXD division despite experiencing some issues at round five of the Pirelli MX Nationals, held at Murray Bridge in South Australia, over the weekend.

Malkiewicz came into the weekend confident of another good showing after snatching the red plate following rounds three and four last weekend at Wonthaggi, Vic. Unfortunately, this weekend proved more difficult but the talented teenager is still well placed at the halfway point in the series and up for the fight in the second half of the year.

Malkiewicz claimed fifth in the opening MXD event, as part of a fast-flowing freight train at the head of the field. While not the exact result he wanted, it was still a solid performance that netted him good points.

Moto two again saw Malkiewicz inside the top five and on track for a consistent round but with just a few laps remaining, he came to a holt and began looking at his rear wheel. Moments before, he speared off the track and the track bunting got entangled in his rear wheel. He tried to remove it but was unable to do so and remounted his machine and tried to salvage what points he could.

He came across the finish line in 13th place and was disappointed with the result given how he was feeling on the track.

‰ÛÏIt was a frustrating day all round but it happens in racing sometimes and you just have to deal with the hand you are given.

‰ÛÏMy speed was a bit off today as a didn‰Ûªt really ride the track the way I wanted to but I just focus on getting the best result I can and stay as consistent as possible as I know in the MXD class, anything can happen.

‰ÛÏI was starting to feel really good in the last moto and was making up time in a few places around the track. It was just unlucky that the bunting got caught in my rear wheel and I was unable to do much about it,‰Û 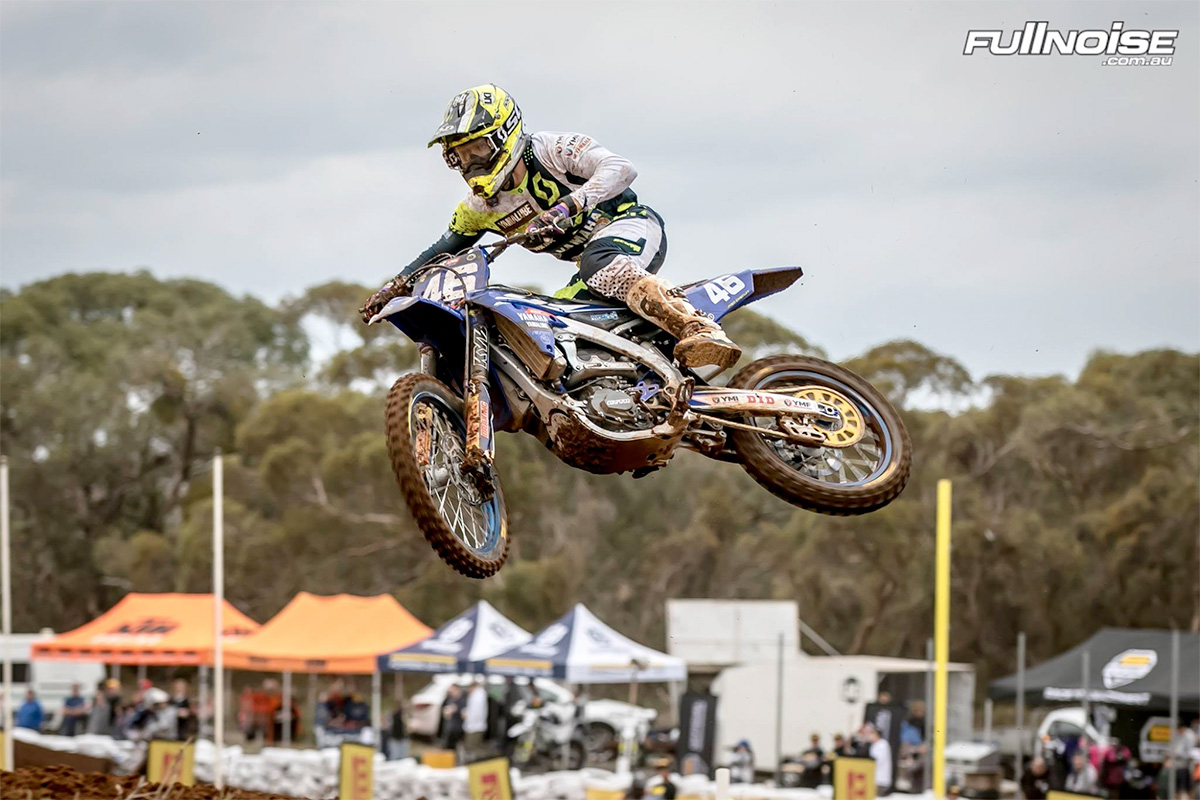 McKay shook off the effects of a heavy fall at Wonthaggi to be extremely competitive at Murray Bridge and the podium result now sees him in fourth place in the championship and his confidence restored as he heads into the mid-season break.

‰ÛÏI was pretty determined to get a good result here and wipe my memory of Wonthaggi,‰Û