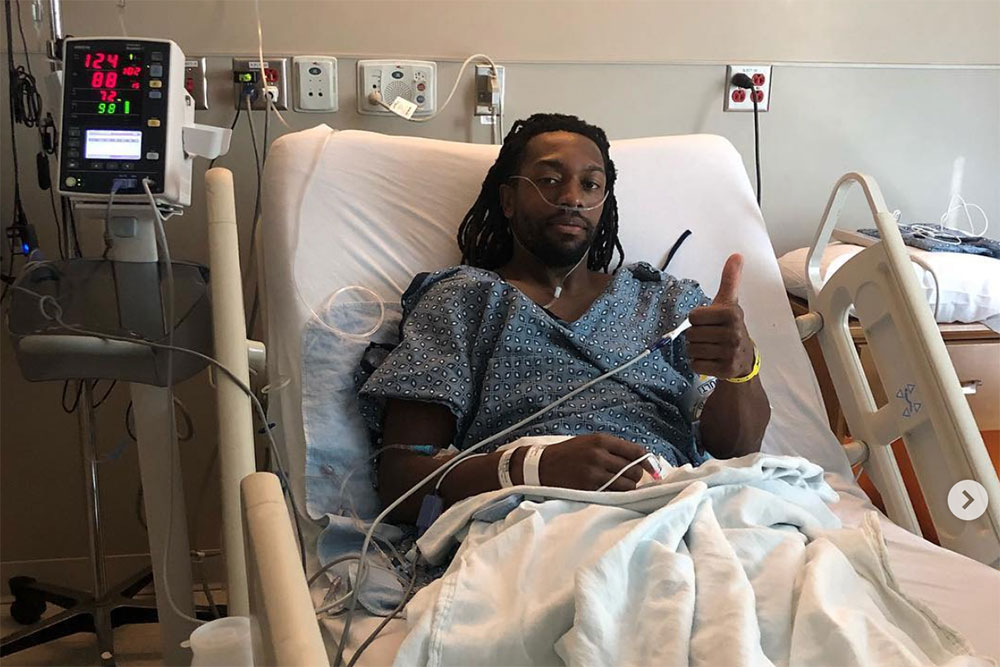 Malcolm Stewart after his operation to fix his broken femur. Photo: Instagram (@malcolmstewart)
Malcolm Stewart has suffered a broken femur as a result of a crash in the main event of the second round of the 2019 AMA Monster Energy Supercross Championship at Glendale, CA, last Saturday night.

The Smarttop Bull Frog Spas MotoConcepts Honda rider had been showing blazing speed right from the season opener at Anaheim last week, where he ran second for a lot of the main event before eventually finishing 7th. Round two at Glendale also saw him on the pace where he finished third in his heat, at one stage taking the lead. Despite the result, the Floridian always looked on the edge and made plenty of mistakes.

The 26-year-old went down hard at the midway point of the main event while running in the top 6 bringing out the red flag and halting the race while medical crew attended to him. The result of the crash was a broken femur and an end to what looked to be a promising season.

"Such a bummer on what happened last night," Stewart said from his hospital bed on Instagram. "Surgery this A.M on femur! We will be back better than ever. Sorry, I let you guys down! I appreciate all the prayers you guys sent me! I‰Ûªll give you guys an update soon."