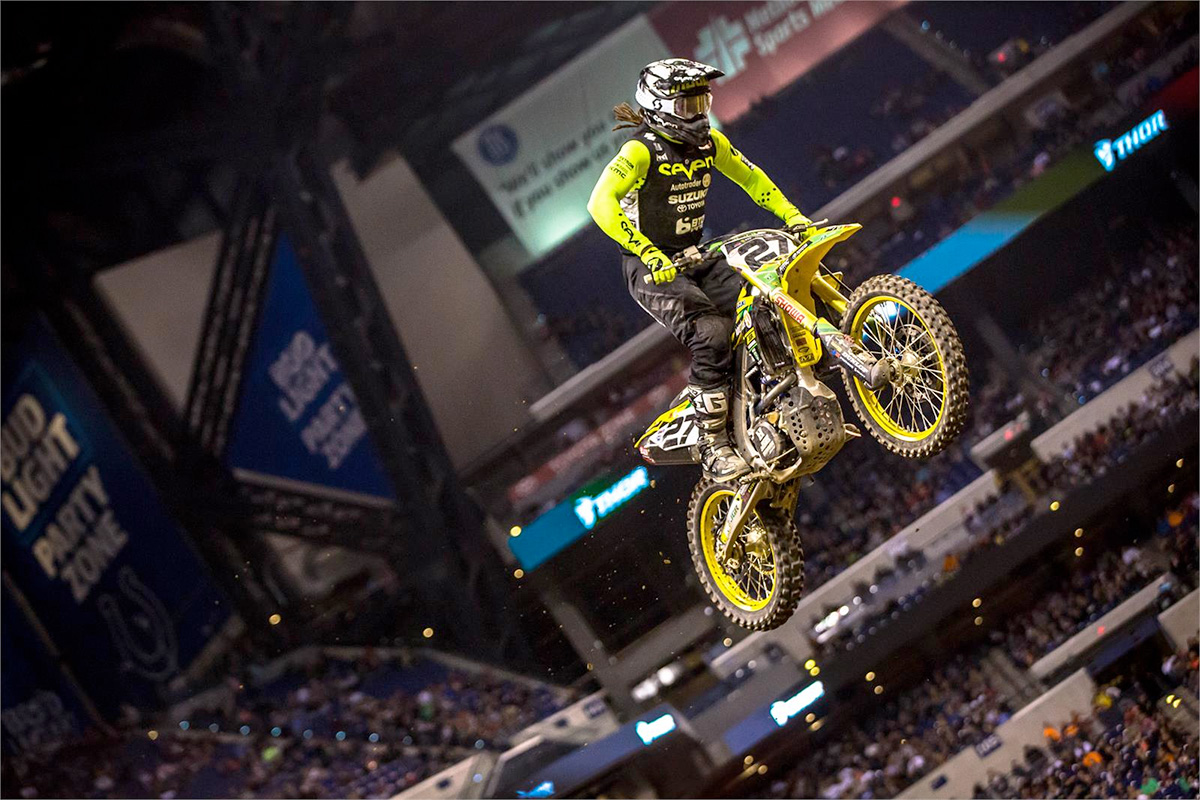 After scoring a ride with the Autotrader/ Yoshimura/ Suzuki Factory Racing Team as an original fill in rider, Malcolm Stewart has improved each week. Credit: Brown Dog Images
A banged-up shoulder didn‰Ûªt hold Malcolm Stewart back at round 12 of the 2018 Monster Energy Supercross Championship with the GJRMX rider posting a best premier class supercross result of his career.

On a technical track that broke down over the 27-lap 450 main event at Lucas Oil Stadium in Indianapolis, the Autotrader/ Yoshimura/ Suzuki Factory Racing Team rider powered through the field in effortless fashion. At one point he was positioned in fifth place, but a bout of late-race tightness held him to sixth on the evening. It was a smart and gutsy ride by the ever-popular Stewart, moving him up to 11th in the championship standings.

‰ÛÏI‰Ûªm getting better every week," Stewart declared. "I still have to improve my fitness, but I am happy to finish the night in sixth place. It was my best career 450 result so far, so I‰Ûªll take the positives from that. I feel like I‰Ûªm heading in the right direction. There are five more Supercross races to go, and I‰Ûªm going to make the most of them.‰Û 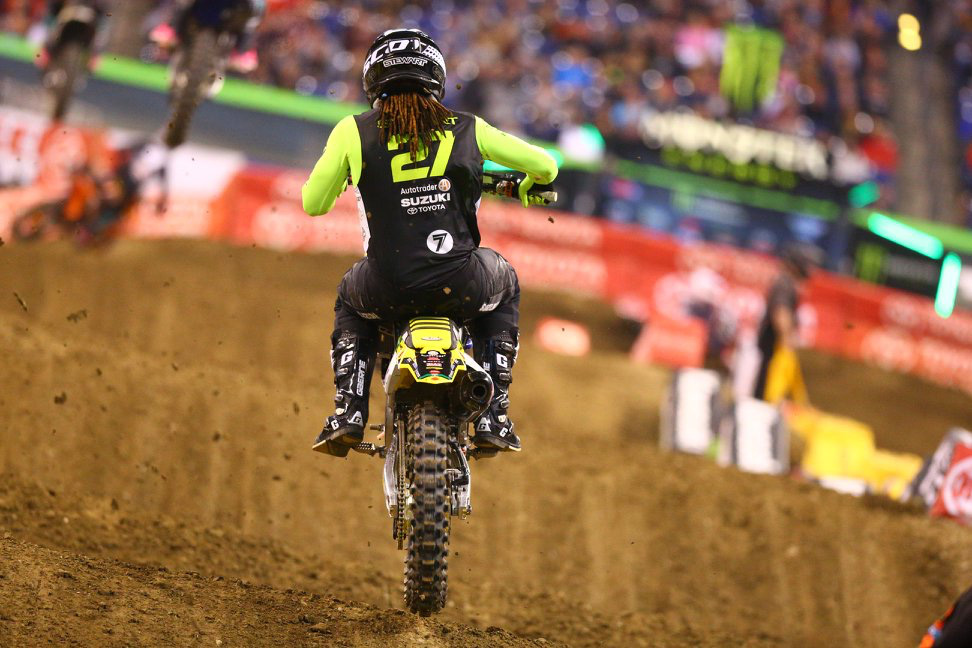