Malcolm Stewart is in for this weekend at Glendale! 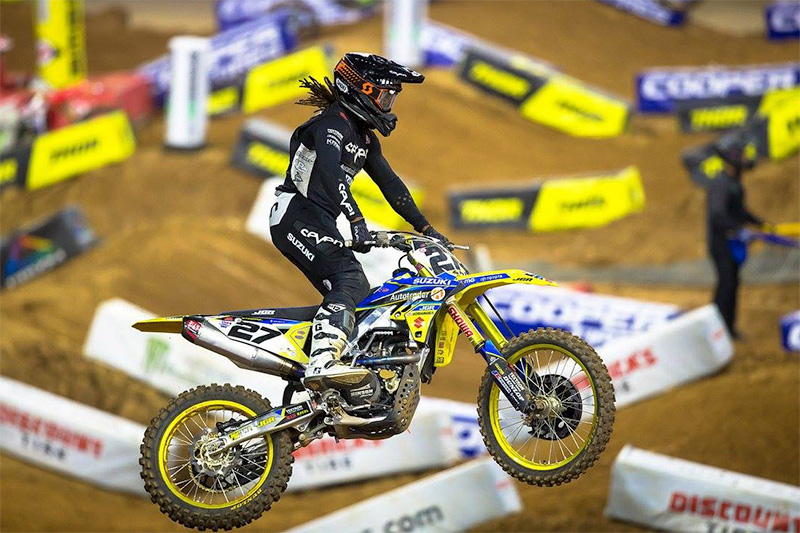 JGRMX Team fill in rider Malcolm Stewart will be returning for his third consecutive Supercross race on the factory Suzuki RM-Z450 this weekend.

Stewart will join Weston Peick and Justin Bogle under the 450 awning at Glendale, Arizona. on Saturday night. There had been questions as to what his role would be after it was announced yesterday that Justin Bogle, who he was filling in for, would be returning from injury this weekend.

The ever-popular Stewart has turned heads as a fill-in rider on the Team, scoring back-to-back 11th place finishes after eight months away from racing. Malcolm‰Ûªs talent, along with his positive attitude, made for an easy decision fir the team to provide support for Stewart this weekend.

‰ÛÏI couldn‰Ûªt be happier to be with the Autotrader/Yoshimura/Suzuki Factory Racing Team for another weekend! It‰Ûªs been great working with these guys the past couple weeks,‰Û