It was a sensational end to the FIM European FMX Championships Saturday night in Mannheim.

11 Freestyle Motocross athletes from seven nations came together for battle at the NIGHT of the JUMPs in the SAP Arena. The 7,000 spectators that filled the SAP Arena were treated to one of the finest freestyle mx competitions to determine the fourth and final European Championship round of 2016. 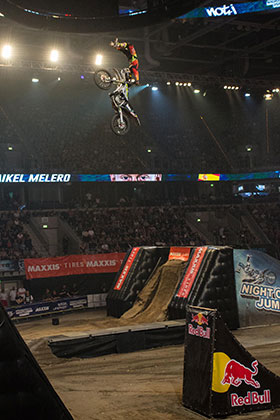 First of all it would be the qualification round to determine ranking for the final and it was the 18 year old local hero, Luc Ackermann who took the competition by the horns and made his way to second place. With tricks like the Egg Roll and Surfer Take off to Tsunami Flip, it was enough to push Remi Bizouard into 3rd place without his Volt body varial.

Maikel Melero put together a solid preliminary round with a flair and California Roll and sat at the top of the ladder. Petr Pilat didn‰Ûªt bring his new 540 Flair on the Quarter Pipe and finished in fourth position.

Of the three riders bringing the California Roll in qualifying, it didn‰Ûªt go so well for the Spanish rider Marc Pinyol who put together a solid run of Surfer to Tsunami Flip, Cliffhanger Flip and the Egg Roll. But the Cali Roll brought him down with a heavy crash and put him out of contention. For Leonardo Fini on the other hand, he stuck a solid run and landed his Cali Roll to secure a finals berth in front of the veteran Brice Izzo (FRA).?

The LifeProof Best Whip competition gave viewers no chance to leave early. It was battle of turn down whips between Bizouard and Davide Rossi (ITA), however it would be the Frenchman who went well past 90 degrees to seal the victory. Also it was in Maxxis Highest Air where another Italian would lose out. Bianconcini had to admit defeat to his permanent rival Jose Miralles from Spain. ??

The Italians had something to cheer about in the Final however, with Leonardo Fini bringing one of his best performances of the season. It could have been one of his best runs except for the Double Up when he looped out the California Roll and ended up just saving a crash on the landing to only hit the wall hard without bringing the bike to a stop after the jump. With this, unfortunately he fell to sixth place. 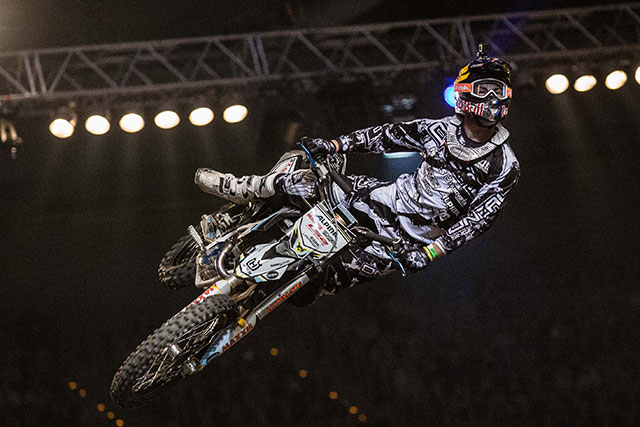 Luc Ackermann finished in soecond
Brice Izzo showed a solid run to make it to fifth position but was unable to get a higher position at Mannheim.

It then came to the showdown between Petr Pilat and Luc Ackermann for the Bronze medal. With the collective will of the local German crowd, Luc put together a solid run with his Egg Roll, Surfer Tsunami Flip, Seat Grab Flip and California Roll in the Double Up. Petr Pilat decided against the 540 in the final run and meant he wasn‰Ûªt able to counter Luc‰Ûªs great run. Even Remi Bizouard couldn‰Ûªt catch the 18 year old German after he left out his Volt body varial and ended up placing 3rd for the night behind Luc by a mere one point. 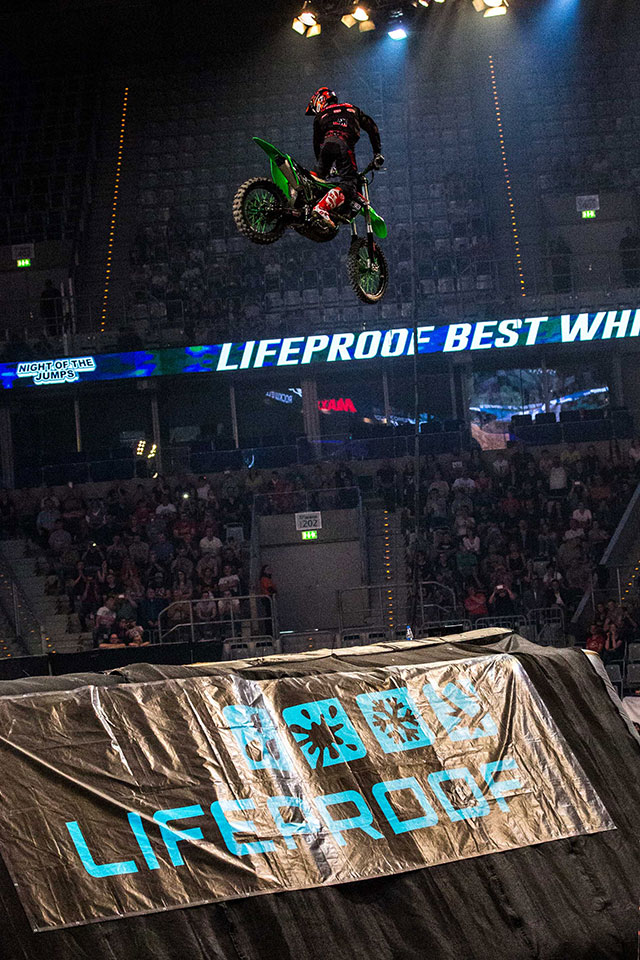