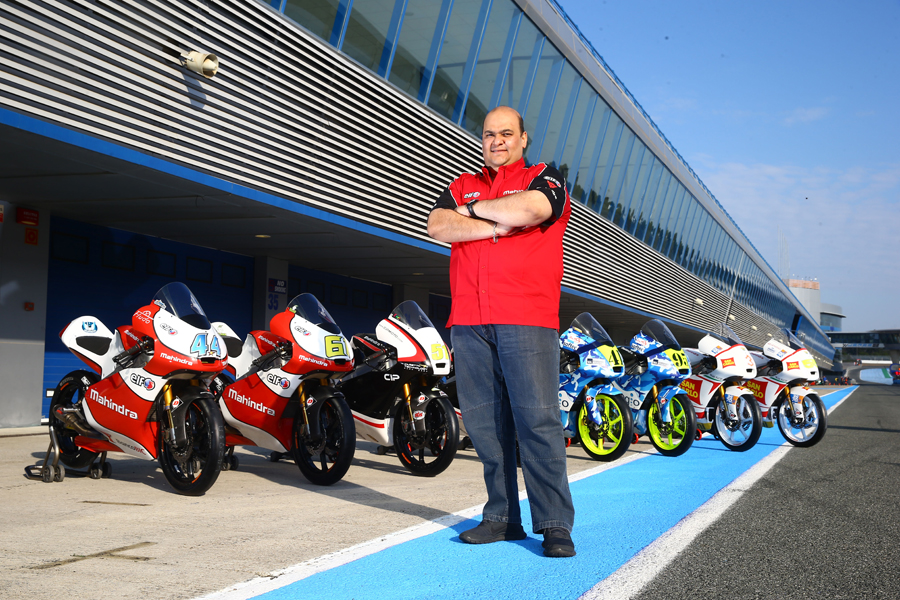 Mahindra Racing will extend its international racing programme to include the competitive FIM CEV International Championship in 2014.

The ground-breaking Indian constructor will supply two MGP3O Moto3‰ã¢ racers to the Spanish Mahindra TMR Competicion team for a new programme in the Dorna-run, Spain-based series that has become the main feeder of new riders into Grand Prix motorcycle racing.

Mahindra Racing has been competing as a factory team in the Moto3 World Championship, part of the MotoGP‰ã¢ series, since its inception in 2012. But this year the factory pairing of Portuguese Miguel Oliveira and Australian Arthur Sissis are joined by six ‰Û÷customer‰Ûª MGP3O bikes in the World Championship.

The addition of two further bikes in the CEV programme is aimed to assist with the development and set-up of the MGP3O, while also giving Mahindra the opportunity to assess some exciting new racing talent.

The Mahindra TMR Competicion team has secured the services of 17-year-old Spanish rider Albert Arenas and exciting 15-year-old Italian Stefano Manzi. Both riders are bright prospects who come to Mahindra with excellent pedigree: Arenas was a race winner in the CEV Championship in 2013 while ex-Red Bull Rookie Manzi won a race in the CIV Italian Moto3 Championship.

‰ÛÏOur new involvement in the CEV series is an exciting addition to our growing racing programme,‰Û