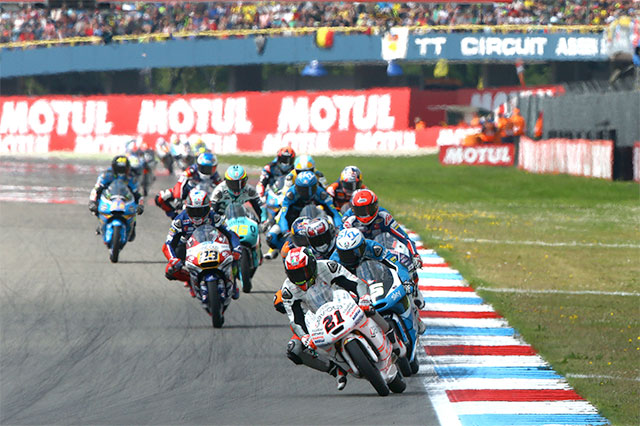 Italian teenager Pecco Bagnaia made history at Assen today ‰ÛÒ fighting every inch of the way to claim not only his first grand prix win, not only the first win for the Mahindra Moto3 team, but the first ever in the history of the sport for an Indian constructor.

The 19-year-old Italian‰Ûªs triumph came after one of the fiercest races ever seen in the most competitive class in the MotoGP World Championships.

Bagnaia had qualified tenth, on the fourth row of the grid, but he put his white-liveried Aspar Mahindra racer at the sharp end throughout. After 99.924 km of the fiercest fighting, the 19-year-old star was ready to claim a virtual photo-finish win in a fairing-banging, paint-swapping brawl through the final chicane.

Victory came after the best season so far for the Mahindra MGP3O racing motorcycle. Bagnaia had already claimed three, top-three podium places. This first race win halfway through the 2016 season was proof positive of Mahindra Racing‰Ûªs hard-won progress, and the perfect reward for tireless work at the Indian company‰Ûªs state-of-the-art racing bike development and engineering facility in Italy.

Indian automotive and industrial giant Mahindra made a low-key start in grand prix racing in 2011, taking over an existing team in the final year of the old 125cc two-stroke formula. In 2012, with the advent of 250cc four-stroke Moto3 machines, Mahindra embraced full constructor status, with their own machine; and in 2013 launched the all-new MGP3O. 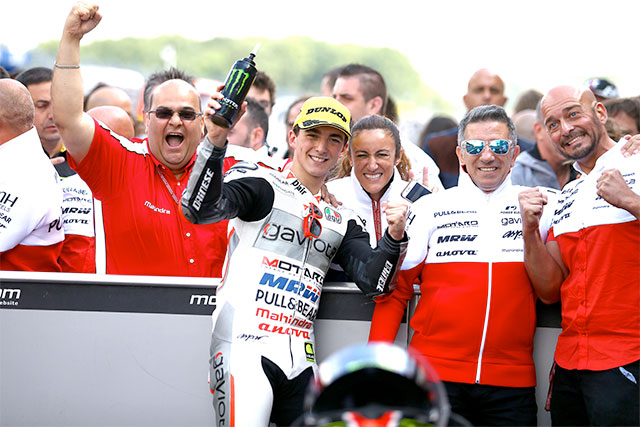 The Mahindra team celebrate their first victory
Mahindra Group Chairman Anand Mahindra had launched the project in 2010 with the words: ‰ÛÏThe Indians are coming.‰Û 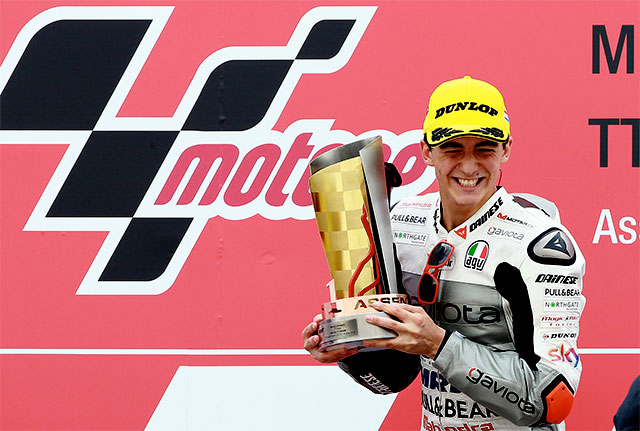 Pecco Bagnaia with the winning grin