Maddison Brown Set To Return To the World Stage In 2017 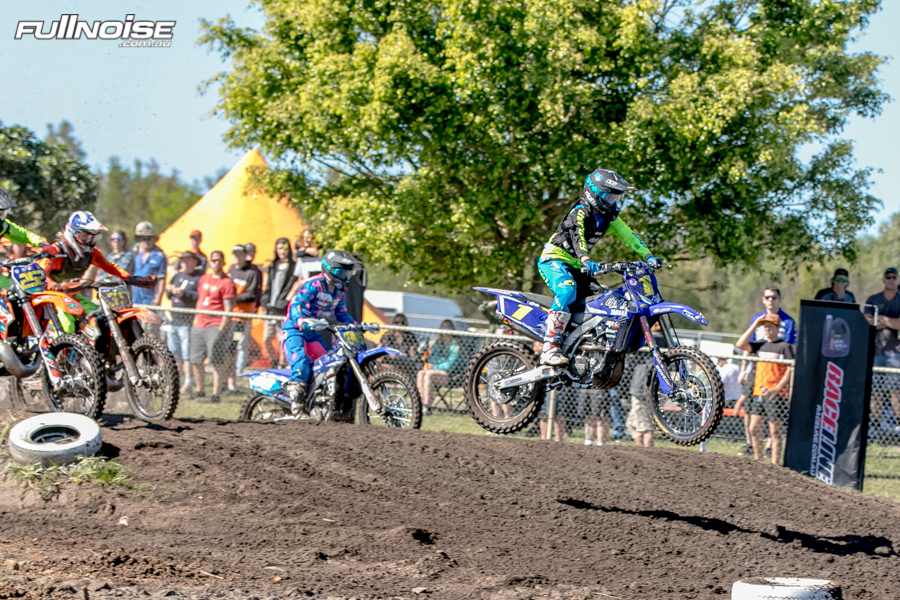 Australia's Maddison Brown will return to the world stage in 2017, signing on to race with the JK Yamaha team to contest all six rounds of the Women‰Ûªs World Motocross Championship.

After winning the 2015 Australian Women's Motocross Championship, Brown had the opportunity to race with the JK Yamaha team at rounds two and three of the 2016 World Championship and after a nervous start at round two held at Valenswaard, scoring eight points in the opening moto, the Victorian was able to put her best foot forward at the following round held at Teutschenthal in Germany, finishing 6th in the opening moto, followed by 10th in race two, to score a very impressive 6th overall for the round.

Returning home to defend her Australian title with the DPH Motosport Yamaha team at Coolum at the end of August, Brown found herself in a tight battle with Australia's best female talent and after four races on a tough and technical Coolum circuit, Brown finished second to Jessica Moore by just four points.

For 22 year old Brown there are two big goals for the upcoming season, improve on her sixth place finish in Germany on the world scene and regain the Australian crown alongside the DPH Motosports race team.

"I am going back overseas to race the World MXGP Championship in the WMX class." Brown explained to Fullnoise.com.au. "I will be riding for the JK Yamaha team in all six rounds, with the first one kicking off in the first week in March in Indonesia.

"I will also be racing back home in Australia for DPH Motorsports as the Australian women's nationals being held in Coolum in August.

"My goals for Australia is to get my #1 title back as I just lost it last year in Coolum from a costly mistake so looking forward to that.

"For the world titles I have got a good programme for this year I am working with Ross Beaton from Beatons pro formula and starting to get confidence back from his structure, as last year in Europe my best result was a 6th in Germany and I just couldn't put any decent motos together.

"For 2017 my goal is to be consistent at each race and in every round. Ultimately I would like to be up the top but I will just keep working and see where that takes me."

"I can't thank everybody who continues to help me out enough, a massive thank you for all the support and I am looking forward to a great 2017." Brown concluded.

Top Image: Maddison Brown leading the way during one of the four motos at the 2016 Australian WMX Chamiponship