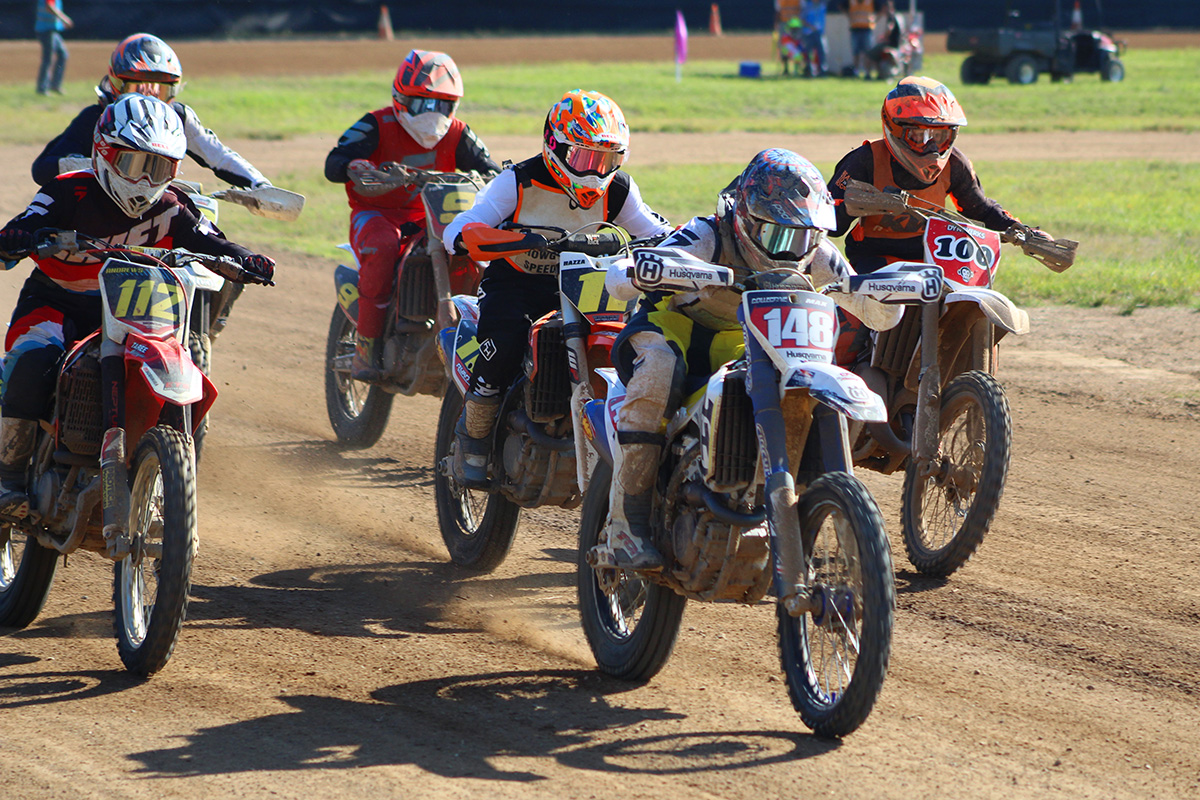 Coming just a fortnight after cleaning up at the Casey Stoner Cup meeting at Kurri Kurri, Childs won both the Pro Open and Pro 450 classes as well as the Shoot-Out at Barleigh Ranch.

Throughout the heats of both classes Childs had s hared honours with reigning Australian champion Kayden Downing who travelled down from Townsville for the meeting.

In the deciders Downing fell in the Pro Open final while chasing Childs on the opening lap, and then in the Pro 450 final Downing made a poor start and although he got up to second place he could not overcome a perfect ride by Childs.

Other locals Connor Ryan and Boyd Hollis were placed third in those respective finals, while another long distance traveller Harry Maxwell from Proserpine won an exciting Pro 250 competition staged over five rounds.

The quality of the senior racing which produced plenty of close, exciting action with plenty of overtaking augers well for the 2018 Australian Senior Track Championship meeting coming up in August at the same venue.

Former Australian champion Graeme Smith still looked sharp in winning the Over 35s class and his daughter Sally Smith made it a family double with a hard-fought win in the Pro Womens Open class.

Andy Bridge and passenger Robert Weston came out on top in the Dirt Track Sidecars while Jake Farnsworth took out the Pre 90s Classic class.

Among the younger age brackets Tom Drane from Forbes was the only rider to score two class wins, while other class winners were Jordy Loftus from the Gold Coast, Cameron Dunker of Kurri, Jayden Holder of Kempsey and Beau Bailey from Forbes.