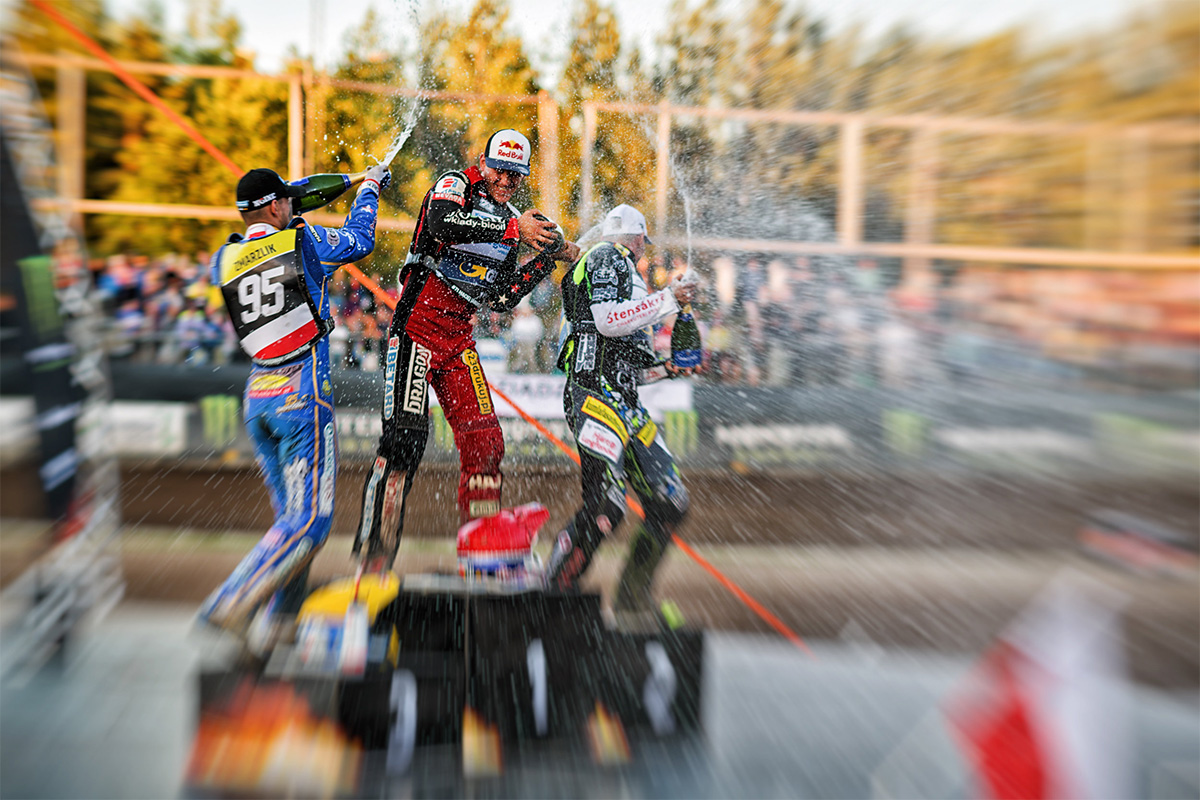 Magic suffered a last place in his first ride, but that proved a minor bump in the road as he then reeled off six sensational heat wins on his way to topping the podium ahead of runner-up Fredrik Lindgren, third-placed Bartosz Zmarzlik and World Championship leader Tai Woffinden in fourth.

Janowski produced a gating masterclass as he moved up to fourth in the standings. And he says being plastered in shale when he was left at the back in heat one focused his mind for the rest of the night.

‰ÛÏThe beginning of the meeting was very hard ‰ÛÒ zero points in the first heat ‰ÛÒ but we tried not to think about that," Janowski said. "We knew our bikes were prepared very well for this meeting. Friday‰Ûªs practice was very good. So I just focused on my riding and the starts, and we did it. So I‰Ûªm happy! I‰Ûªm very proud of my team.

‰ÛÏWe made a few changes ‰ÛÒ the biggest change was I changed my goggles. In the first heat I got so much spray, so I focused even more on the start because I know how much time it took me to clean my suit for the next heat!‰Û