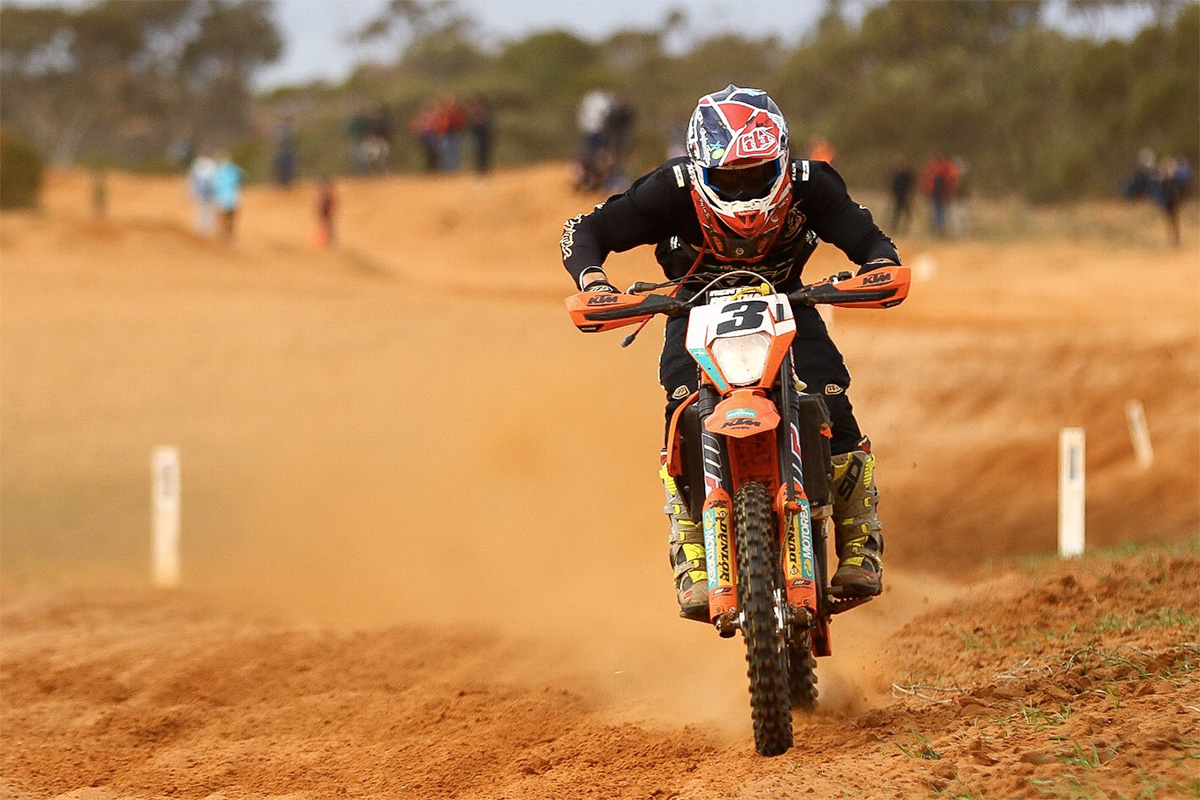 The highly-rated Victorian rode as sharp as ever in the gruelling four-hour marathon near Mildura, improving upon his fourth-place qualifying result following Saturday's Top 10 Shootout and charging through to position three on Sunday.

Snodgrass qualified fourth with a lap of 2m39.281s around the Prologue course, then pressed on to deliver third outright when it counted in the main event with a total time of 4h19m29.308s. That performance also placed him second in the Over 450cc Four-Stroke division aboard his factory KTM 500 EXC-F.

‰ÛÏIt was good to get back up on the podium again this year after what was a pretty tough race in the dusty conditions," Snodgrass said. "It‰Ûªs always positive to put the KTM 500 EXC-F on the outright podium, especially after that crash early on. That was on the first lap and I did have a few others along the way, which made it a little bit harder for myself, so that felt even better to bring it home in third. I tried hard the whole way, kept pushing as this year was a challenging one and I definitely had to work for it. I really appreciate all the effort put in by the KTM Enduro Racing Team!‰Û 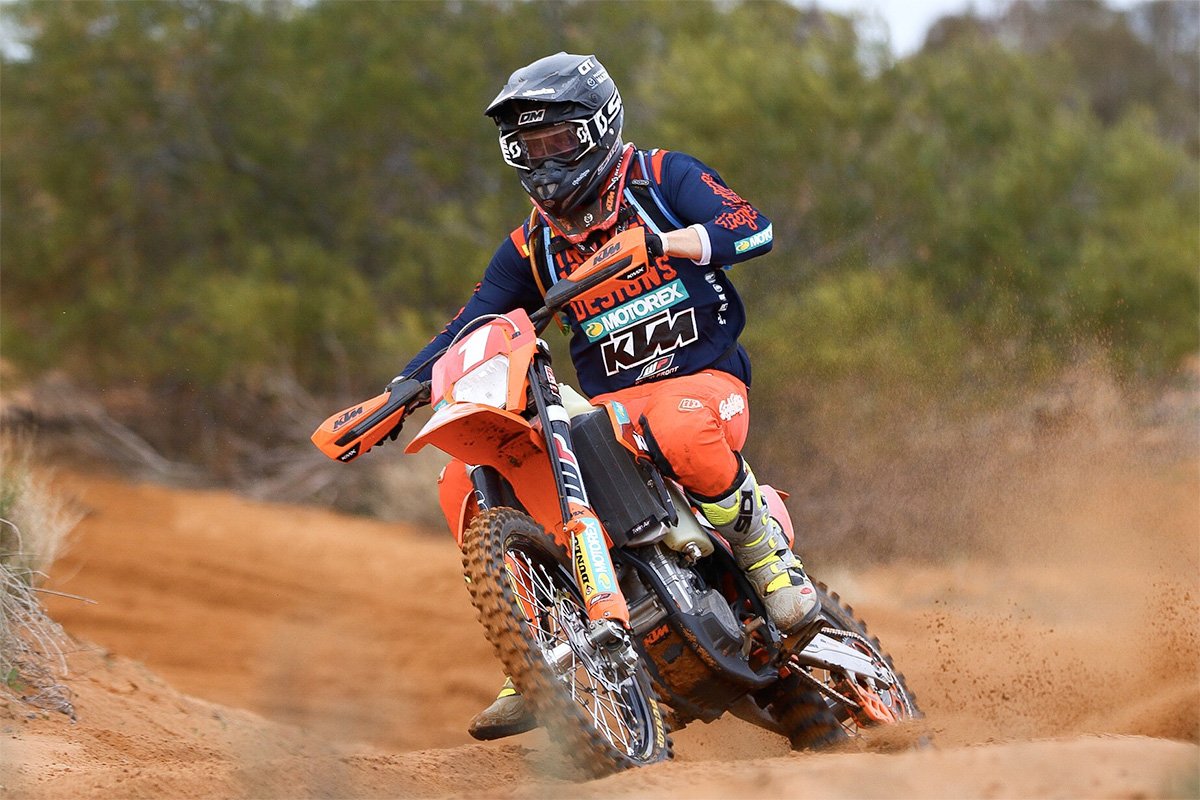 Defending champion Daniel Milner had a bad day at the office when electrical problems saw him lose 8 minutes. Photo: John Pearson
Last year's winner Daniel Milner qualified second with a scintillating lap-time of 2m37.065s, only 0.809s from the pole position lap. Race-day didn't go as smoothly for him on-board his KTM 500 EXC-F though, losing eight minutes in the pits on lap three due to a crash that damaged his start switch after running second in the early laps.

The team swiftly diagnosed and rectified the problem to get Milner back on track as soon as possible, enabling him to charge back through the field to fourth place in a gritty ride. He also managed to salvage a hard-fought third in the Over 450cc Four-Stroke class, finishing 3m41.271s in arrears of teammate Snodgrass.

‰ÛÏToday definitely wasn‰Ûªt what I wanted and it was the most shattering Hattah I‰Ûªve done so far," Milner said. "We were sitting in second, trying to do what I pretty much did last year and we had a game-plan there, but unfortunately the bike wouldn‰Ûªt re-fire following the pit-stop.

"Then I came together with a lapped rider when I got back on track, stalled it and couldn‰Ûªt get going again, but I had some help trackside with people giving me the tools to fix what I needed to at that stage. That put me back to around 12th position, so I just kept charging from there and never gave up on my way to fourth outright and the class podium. For me, that was really disappointing, although we did what we could and I couldn‰Ûªt ask for more from the KTM 500 EXC-F in terms of set-up. A big thanks to all that helped us with this event.‰Û