Luke Styke on the rise at Rotorua 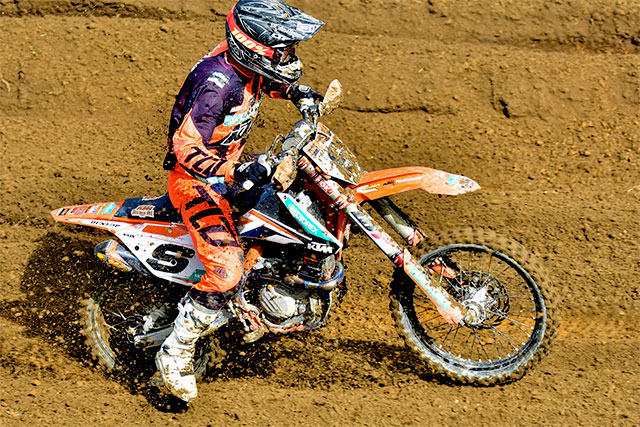 KTM‰Ûªs Luke Styke achieved a milestone result at yesterday‰Ûªs second round of the New Zealand motocross championships at Rotorua, NZ, as he continued his return to form following a year-long Achillies tendon injury.

Styke took his first-ever NZ champs race win in the second moto at the gnarly Rotorua track, on his way to fourth on the day behind perennial top dog Cody Cooper, Aussie number one Dean Ferris and Todd Waters.

The KTM Motocross Racing Team rider took his KTM 450 SX-F to 3, 1, 7 moto finishes to finish just one point shy of a podium berth, the Rotorua track providing the ideal preparation for Styke‰Ûªs build into the 2017 Aussie motocross season.

The result moved the rider from Jervis Bay up two places into fifth in the championship.

‰ÛÏThe last one put a downer on things, but overall the day was much better than the last two visits over here," Styke shared. "We‰Ûªre getting better slowly as we get the seat time. I only just missed the podium with 3, 1, 7. It would have been good to be up in that last one, but I just had nothing left, I had a cramp and was just battling.

"But my starts were better, and the changes we made to the bike were all for the positive, but the track was gnarly. I‰Ûªve had a year and half of of racing so coming back into this is tough. If you get out of your rhythm or flow you just suck.

"We‰Ûªve got some work to do, but we‰Ûªve got time to build and we definitely took a big step in the right direction here so, I‰Ûªm looking forward to the hustle.‰Û 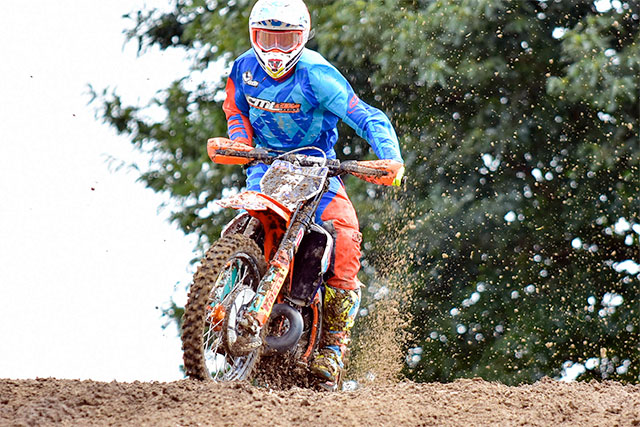 Hamish Harwood. Credit: Andy McGechan BikeSport NZ
In the MX2 category, the KTM of New Zealander Hamish Harwood extended his lead in the championship to 20 points despite finishing second to fellow KTM-mounted international Josiah Natzke, while Hayden Smith (KTM) maintains the lead in the 125cc chase.

Jay Marmont KTM Motocross Racing Team Manager, said, ‰ÛÏThere was definitely improvement here; Luke looked a lot more comfortable on race day and got two holeshots out of three. He‰Ûªd brought some confidence off the last round into the first here and then he won the second which was his first ever win in New Zealand and my first as a Team Manager for that matter, so, a couple of milestones.

"The vibe was there, but he put so much into qualifying and the first two races that he cramped up a little bit in the last moto. So, definitely some things to work on but certainly the positives outweigh the negatives.‰Û