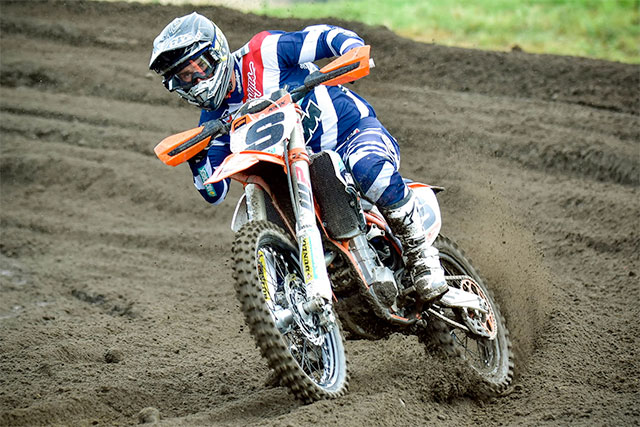 KTM‰Ûªs Luke Styke continued to move closer to full fitness following his year-long Achilles tendon injury, powering into fourth in the rankings of the New Zealand motocross championship at yesterday‰Ûªs third round at Manawatu.

Despite what he called the roughest conditions he‰Ûªd ever raced, the rider from Jervis Bay finished fourth as the round went to Dean Ferris from Todd Waters and Cody Cooper.

The KTM Motocross Racing Team rider took his KTM 450 SX-F to 5-3-5 moto finishes as he builds towards full mojo in time for the 2017 Aussie MX Nationals season, which begins on April 2.

"Qualifying went really good and we weren‰Ûªt too far off the pace here. I got a bit of arm pump in the first moto and lost all my flow, and I just lack that bit of race craft at those times. In the second one I got a really good start and rode my own race with the top guys, and third was pretty good. Then in the last race I fought with the track and the bike a little bit. I just need to keep working with the track and be more creative when it gets rough. I felt fit all day ‰ÛÒ just need to keep working on the speed.‰Û