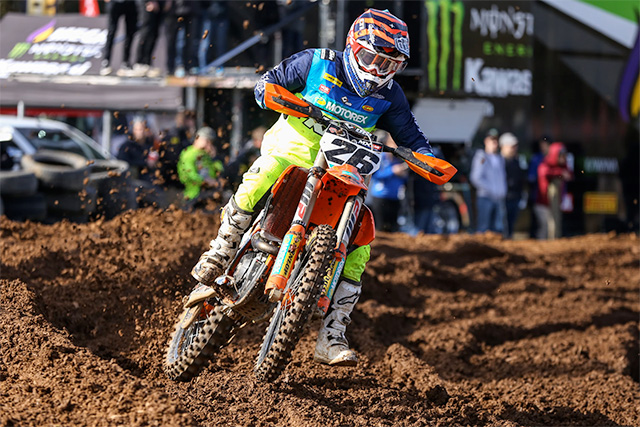 KTM Factory Motocross Racing Team rider Luke Styke had another frustrating weekend at the 7th round of the Motul MX Nationals finishing ninth on the day.

Styke, who has been working his way back to full speed after suffering a serious year-long Achilles tendon injury, gained five places to be eighth in the first moto, before carding seventh in the second. The results good enough to tie Luke Clout on points but finish 9th overall and maintain 5th in the championship.

‰ÛÏI‰Ûªm not getting the results that I want yet, I just need to pick up the intensity early on in the race and work on putting myself in a better position at the beginning," Styke explained.

"It‰Ûªs frustrating, it feels like I‰Ûªve been getting the same result all year. But I know it‰Ûªs only going to take one race to turn it all around. It‰Ûªs still a building process ‰ÛÒ from where we were last year on the couch we‰Ûªve come a long way, but I want it to speed up. I‰Ûªve just got to keep working on things, keep trying, be patient and enjoy the process.‰Û