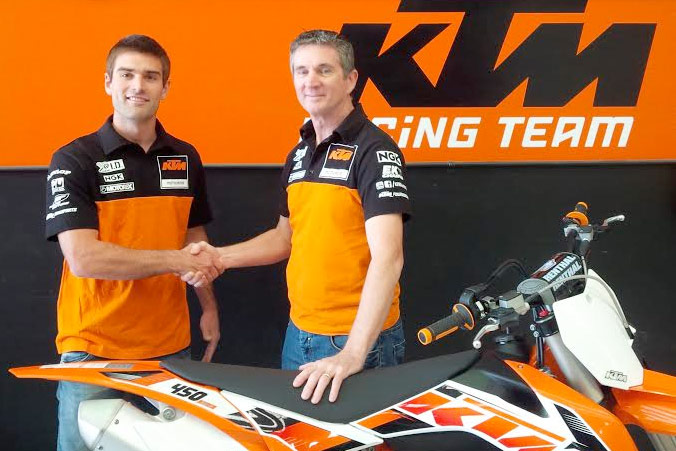 The 22-year-old from Jervis Bay in New South Wales recently returned to Australia after a season spent racing World Championship motocross in the MX2 category, and is now focusing himself 100% on a move to the premier class in next year's Australian MX Nationals.

‰ÛÏThis means a lot to me." Styke commented. "I feel like the whole structure of the team, and how it is run is really professional. And I feel like it's going to be a good year, I feel like I've got everything in line, to go for an MX1 championship.

"I know most of the guys that work on the team behind the scenes, and they are all really cool guys who know how to set up a bike, so I'm looking forward to it. Kirk was my teammate for two years at Serco, and he's a super cool guy. He's pretty laid back, and we race well on the track. He is going to be a great teammate next year, and hopefully we can both be on the podium at the end of the year.

"Obviously he rode well this year, and it's definitely going to be a strong team next year, and I feel that it will be a good environment.

"Europe this year didn't go as planned, for a few reasons, but I grow as a person every single year, and will be able to apply what I learned with training and stuff like that this year, so I'm going to be prepared 100%.‰Û