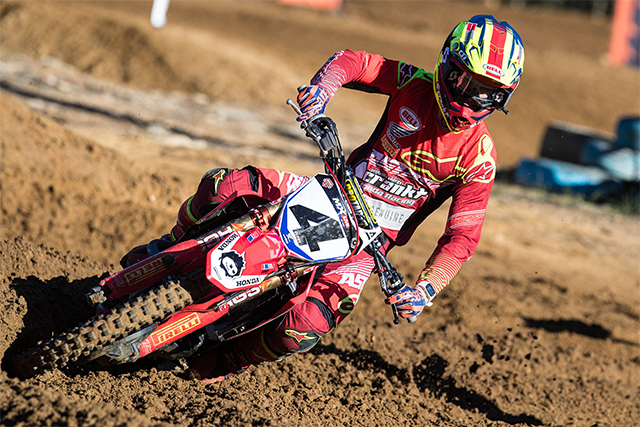 It was a bittersweet day for Crankt Protein Honda Racing at Nowra‰Ûªs sixth round of the 2017 MX Nationals in New South Wales, marking the recommencement of the series following a lengthy five-week break, highlighted by an impressive fourth place result for MX1 rookie Luke Clout.

Queenslander Todd Waters started on a positive note, claiming his third Super Pole in as many races to be credited three championship points in the process, while Clout joined his teammate in the session, lodging the fifth-fastest time.

It was Clout who shone in front of a home crowd in race one, negotiating the tricky Nowra circuit aboard his 2017 CRF450R with class to cross the line in fourth, setting him up nicely for a solid finish prior to race two. Waters encountered troubles, broken wheel bearing, in the opening laps of the race while running in second position, which ultimately forced him the retire from the moto.

In race two, Clout was again able to record a strong consistent finish of fifth, awarding him a well-deserved top five placing in fourth overall for the weekend. The premier class newcomer now sits sixth in the championship standings with four rounds remaining. 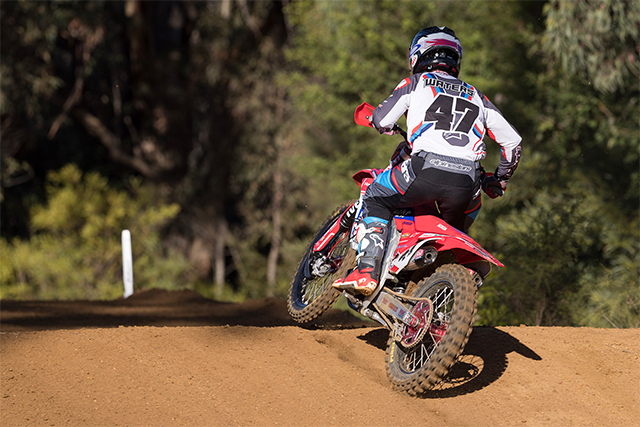 Todd Waters: Credit - Marc Jones
Waters came out looking to make amends in his second outing, racing to seventh in what capped off a challenging day for the experienced title hopeful. He maintains a top five position in the point standings with a firm hold on fifth ahead of Clout.

The MX Nationals will now head to Shepparton for the final Victorian stop of the series on 16 July, marking the seventh round of the prestigious championship.