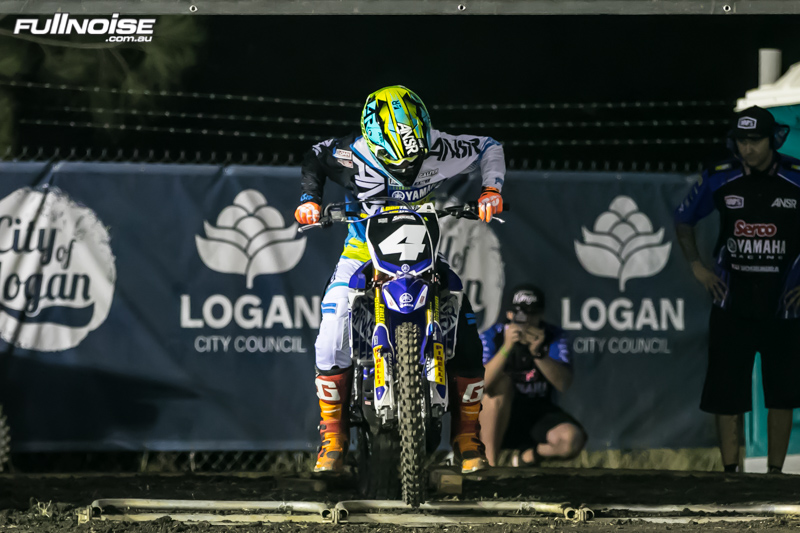 In what has all the hallmarks of being a classic confrontation, the fast approaching Go Pro fourth round of the 2015 Australian Supercross Championship presented by Penrite Oils at Jimboomba X Stadium in south-east Queensland this Saturday, November 21, is set to see ferocious action in the SX2 class, where the rider everyone will be gunning for is American ace Jimmy Decotis.

At the midway point of the six round Australian Championship, Decotis, who rides a Honda Genuine Parts and Accessories backed CRF250R for the local Penrite Honda Racing team, has a perfect three wins from three starts to lead the SX2 title chase by 13 points over Aussie stars Luke Clout (Serco Yamaha) and Jackson Richardson from the Penrite Honda Wilson MX team.

Clout, who has just turned 21 and hails from Annangrove on Sydney‰Ûªs southern outskirts, readily admits he is itching to get a win up on the pint-size powerhouse Decotis, given the pair have turned on exciting clashes in rounds one and three of the Championship thus far ‰ÛÒ but each time the American has gained the upper hand.

Clout lead the early stages of the SX2 final at round one of the Championship at Bathurst, NSW, last month, before Decotis moved past to take the chequered flag, with Clout settling for the runner-up spot.

Then at round three at Adelaide just over two weeks ago, Clout and his factory-backed Serco Yamaha YZ250F race bike really hit their straps and lead the SX2 final all the way through to the closing laps, before Decotis once more took the upper hand and captured his third straight victory, with Clout again finishing runner-up.

‰ÛÏI gave it everything I had in the final at Adelaide,‰Û