Luke Clout Listed To Race For Dirt Candy Suzuki At A2 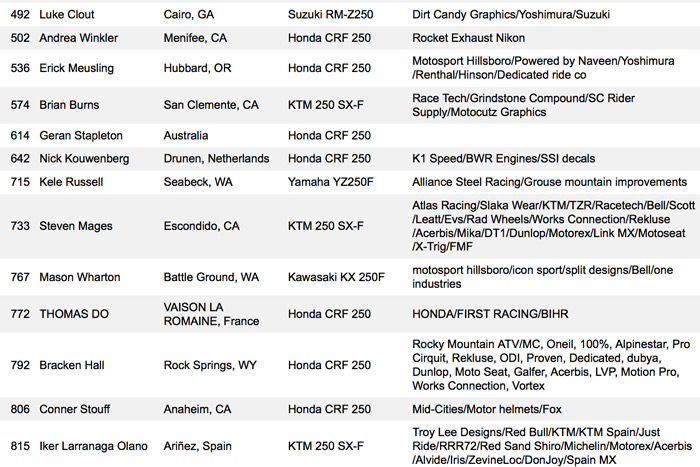 Australia's 2014 MX Nationals MX2 Champion Luke Clout has been listed to race for the Dirt Candy Graphics/Yoshimura/Suzuki team in the official pre entry list for this weekends third round of the 2016 Monster Energy Supercross Championship.

We confirmed with Clout yesterday morning as he prepared to fly out to the United States, that he was indeed going to be racing this weekend at Anaheim in the 250 West class, but he was unable to confirm with us at the time who he would be racing for.

With the pre race entry list being updated overnight it confirmed that Clout would be heading to the new Factory Suzuki team and It is expected that he will head straight to the teams test track upon arrival in the U.S and spend three days testing with the team before making his American Supercross debut at A2 on Saturday evening (Sunday in Australia)

Clout who will be running the #492 will join fellow Australian Hayden Mellross along with Geran Stapleton this weekend at A2 in the 250 Class, while Chad Reed and Lawson Bopping will fly the Australian flag in the 450 SX class.

Australian Supercross fans will be able to watch all the action live on ESPN2 from 1:30Pm on Sunday the 24th of January