Luke Arbon Looking For An Extra Stroke Of Luck In Brisbane 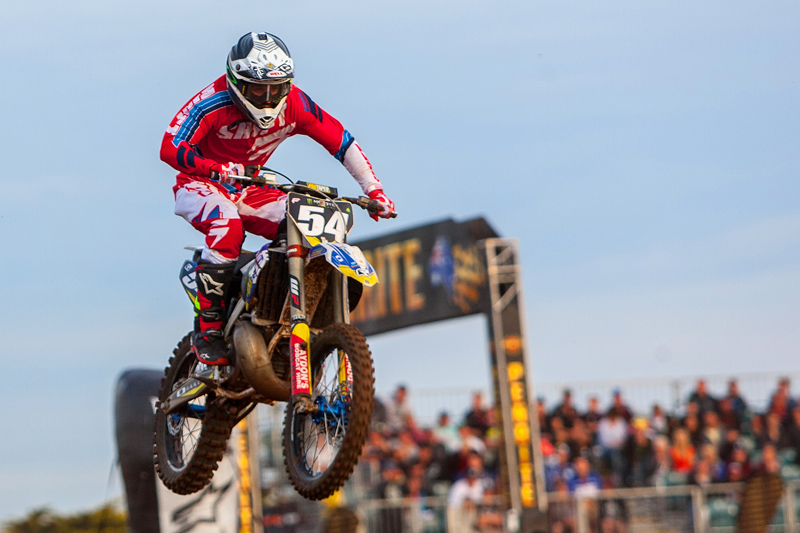 Husqvarna support racer Luke Arbon, who rode a Husqvarna TC 250 to third in the Australian MX2 Championships for his SD3 Husqvarna outfit will be aiming for a extra Stroke or two of lucky when racing gets underway at the Brisbane Entertainment Centre on Saturday evening.

Arbon who rebound strongly at rounds three and four at Phillip Island after a big crash during the opening weekend of the season left him bruised and battered, has made the switch from two stroke machinery to a FC 250 four-stroke for the SX2 finale as an acid test for next year, when he intends to race the Husqvarna four-stroke in both motocross and supercross.

"I'm riding the four-stroke this weekend." Arbon revealed. "I got one about a week and a half ago and I rode it, and just loved being back on the four strokes, so I thought why not?

"I'm not really in the title hunt, so I may as well just see how the four-stroke goes, and I'm pretty excited about it.‰Û