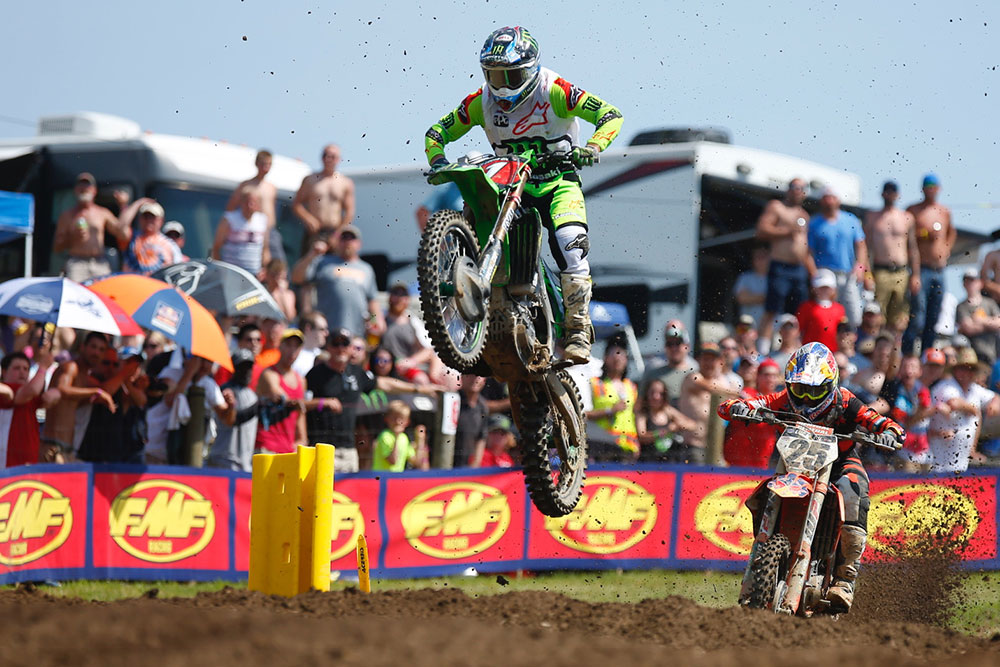 The Father's Day tradition that is the Red Bull High Point National saw Monster Energy Kawasaki's Eli Tomac capture his fourth consecutive 450 Class victory, despite having his undefeated moto-winning streak. In the 250 Class, Monster Energy/Yamalube/Star/Yamaha's Aaron Plessinger earned his second win of the season and reclaimed possession of the championship point lead.


Your browser does not support iframes.