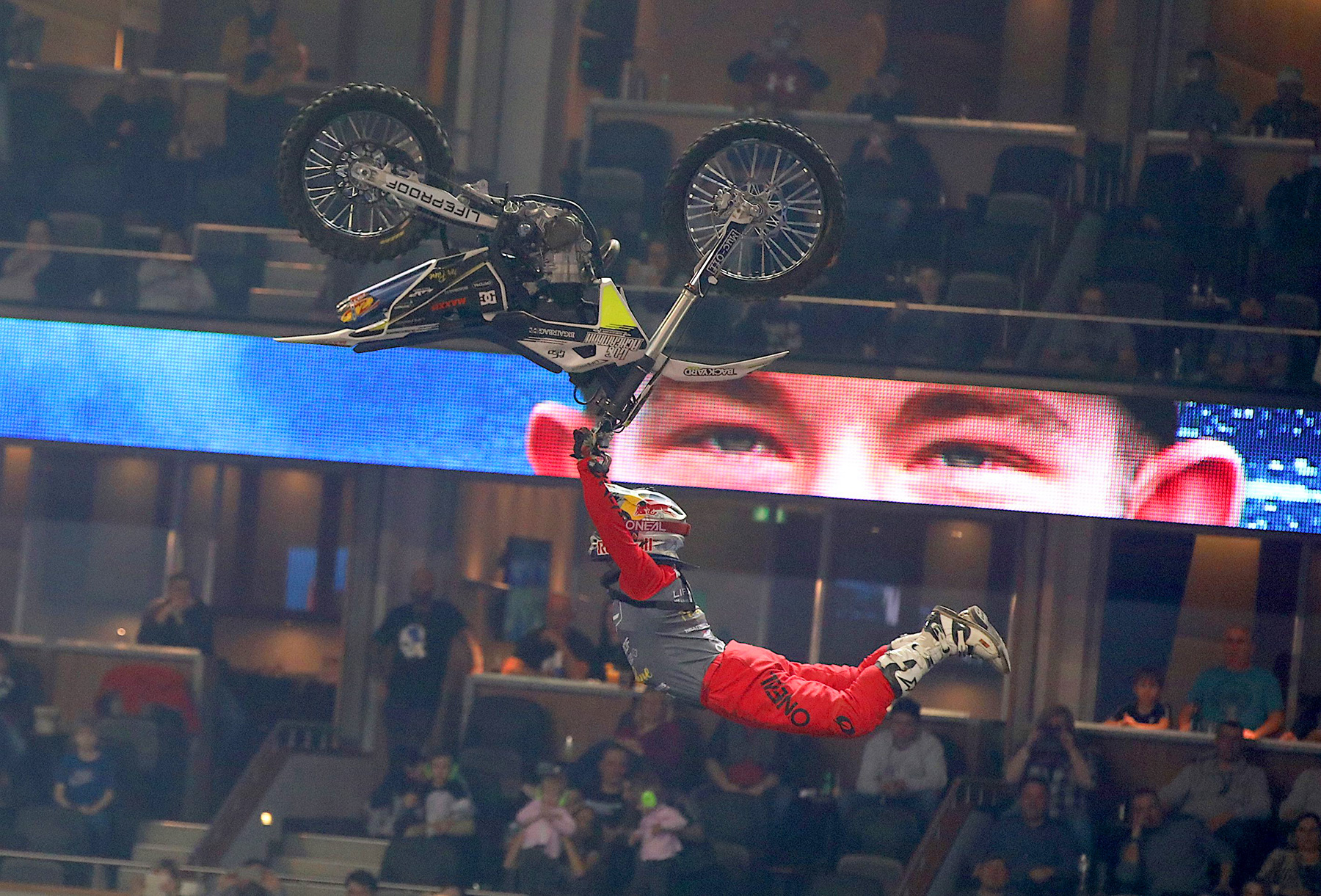 Luc Ackermann
More than 10,000 spectators inside the Mercedes-Benz Arena barely needed their seat space as Luc Ackermann, concluded a weekend of competition with a massive Double Backflip Nac-Nac on Saturday night to top the podium.

After an incredible victory the night before, the German Red Bull athlete was able to defeat the five-time World Champion, Maikel Melero on the second day of competition at NIGHT of the JUMPs in Berlin. The 21 years old now leads the FIM Freestyle Motocross World Championship confidently with 40 points after the first two competitions.


While the behemoths of NIGHT of the JUMPs battled, Libor Podmol, Pat Bowden, Rob Adelberg and Leo Fini also qualified for the final to try put some pressure on Melero and Ackermann. For the Berlin hero, Kai Haase, unfortunately he wasn‰Ûªt able to progress through to the Top 6 Final, however he still managed to win a trophy in the Synchro Competition later in the night with the Italian, Leo Fini.

Javier Villegas (CHL) who is the former FIM World Champion in 2011, narrowly missed the finals in seventh position even after landing his new Egg Roll Superman in qualification, as well as the Czech backflip master and European Champion (2017), Petr Pilat, after injury his hand the day before. Filip Podmol finished in 11th position after a great run, which included his Double Can Egg Roll, but ending with a hard crash. 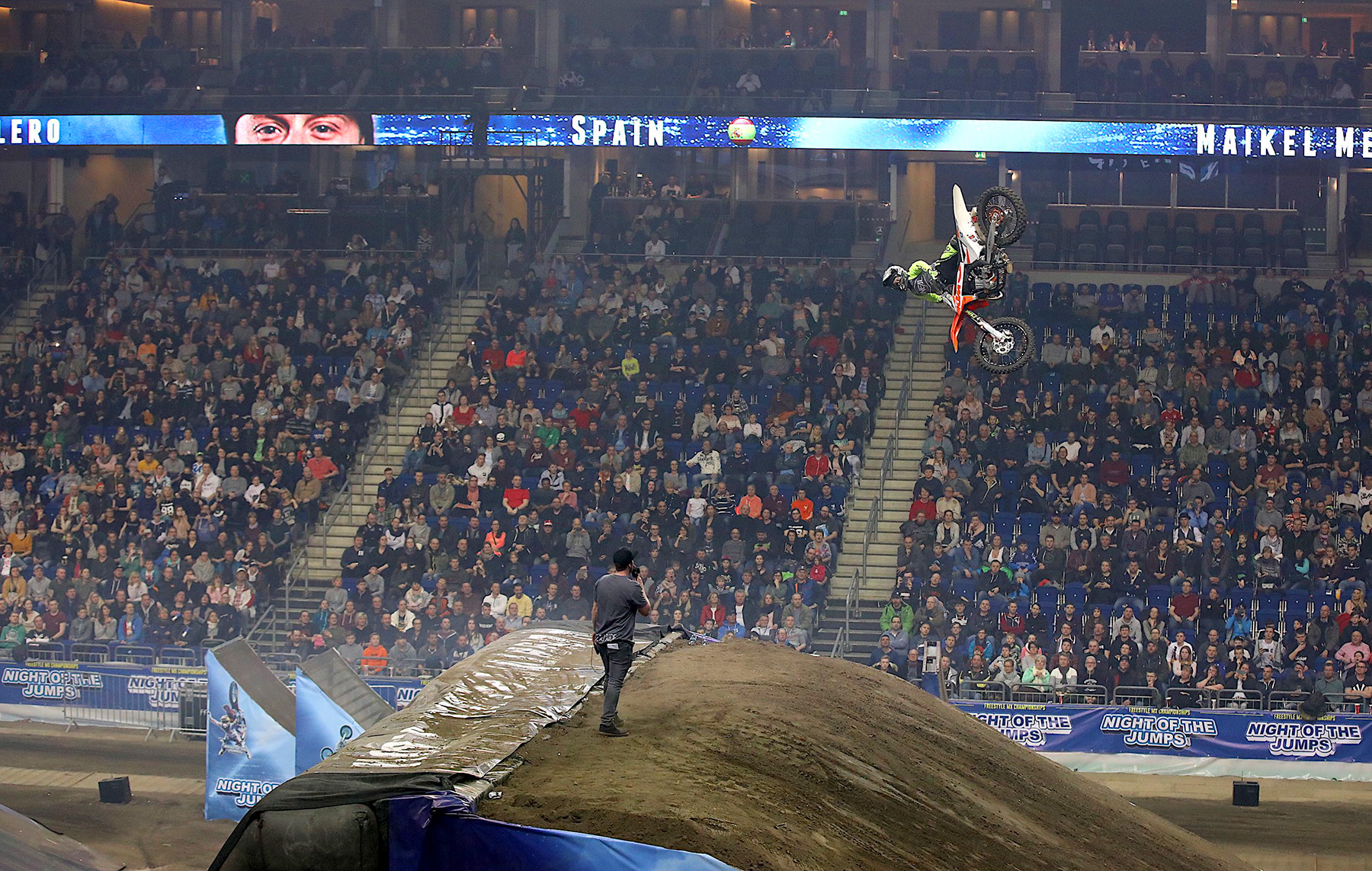 Maikel Melero finished second and now sits second in the championship standings after two rounds.
X Games winner, Rob Adelberg, opened the finale with his brand new Body Varial in the Double Up which he recently won Winter X Games with on a Snowbike. Despite bringing a new trick to the competition, it wasn‰Ûªt enough for him to progress to the podium. The news didn‰Ûªt get better for the body varial specialists in Berlin on Day 2, when Leo Fini crashed out on his first jump of the final, the California Roll. Leo managed to roll out of the crash and walk away, relatively unscathed.

The second Australian rider to make it to the final was the style cat, Pat Bowden, who received a much improved 332 points from his previous day‰Ûªs final run score. It wasn‰Ûªt enough though to make it to the podium and having to sit in 4th position overall after Libor Podmol put together a clinical performance to secure his position on the podium in 3rd position.

Maikel Melero had the possibility to heap all of the pressure onto the young German, Luc Ackermann, as he laid down his run full of perfectly performed tricks such as the Nac-Nac Flair, California Roll, No-hand Front Flip, Seat Grab Flip and the Superman Flair on the Double Up to score a whopping 385 points from the judges. 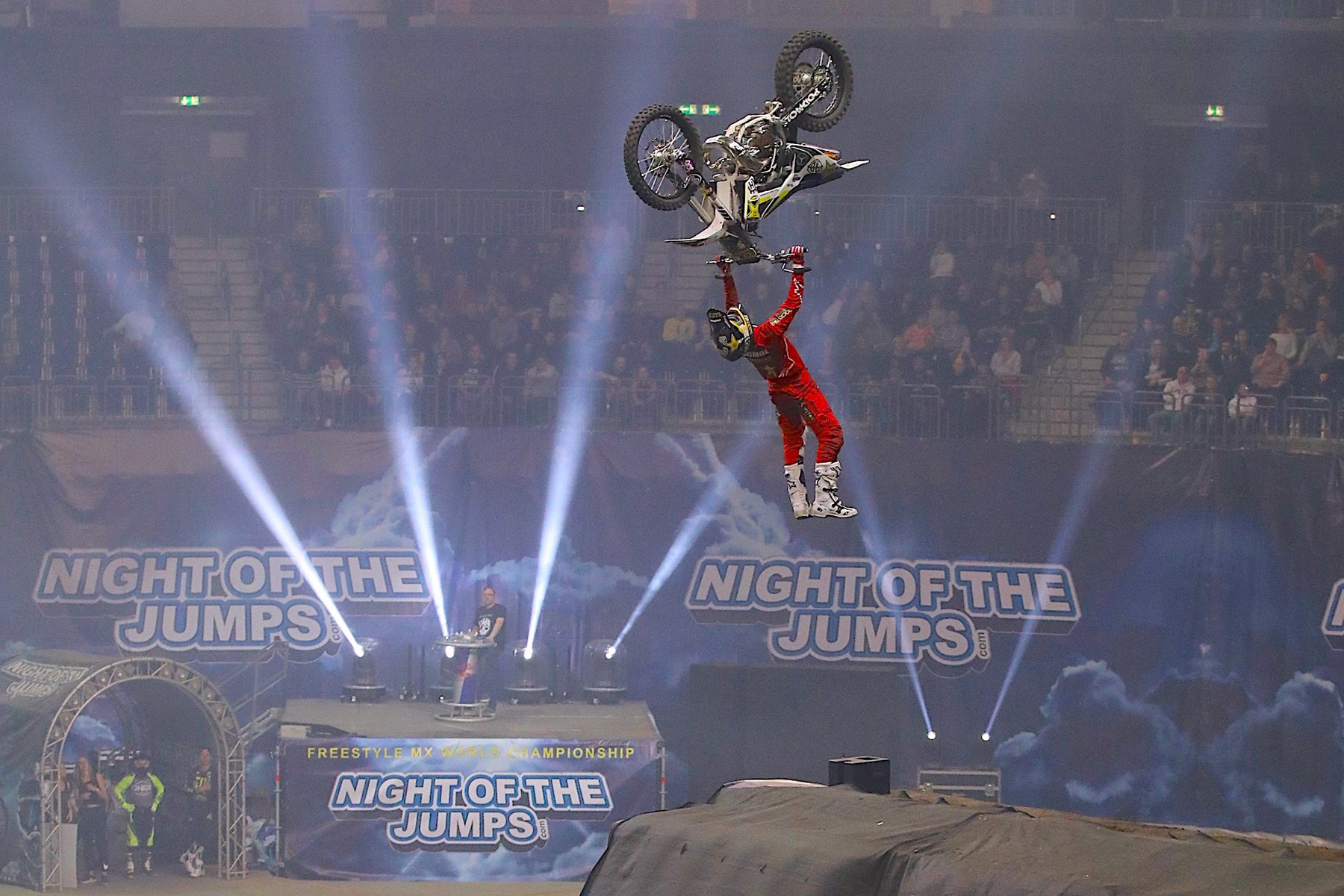 Libor Podmol rounded out the podium
While Melero celebrated an unbelievable run, inside the tunnel before his run, Luc Ackermann was mentally preparing to land some of the biggest tricks in Freestyle Motocross and as he entered the arena as the final rider of the night, the energy from the German crowd was palpable. Unleashing his biggest tricks including the Egg Roll, Flair, Front Flip, 360, Surfer Tsunami Flip and Double Backflip within his allotted time. To seal the deal, Ackermann stomped his Double Backflip Nac-Nac to take the win inside the sold-out Mercedes-Benz Arena with a huge 399 points.

In 2019, the FIM World Championship is a duel between the young German, Ackermann, versus the experience of the 5-time World Champion from Spain, Melero. The trick level has already progressed in the New Year, and while the two heavyweights fight at the top, the remaining athletes are currently only supporting acts on this World Championship bill.

With a two month‰Ûª break until the next round of competition, all of the riders have seen what has been enough to win in Berlin and they can go back and do their homework to try push for a win over Ackermann. The next round will be on the 26th/27th of April, 2019, at NIGHT of the JUMPs in the Olympiahalle in the Bavarian capital of Munich, Germany. 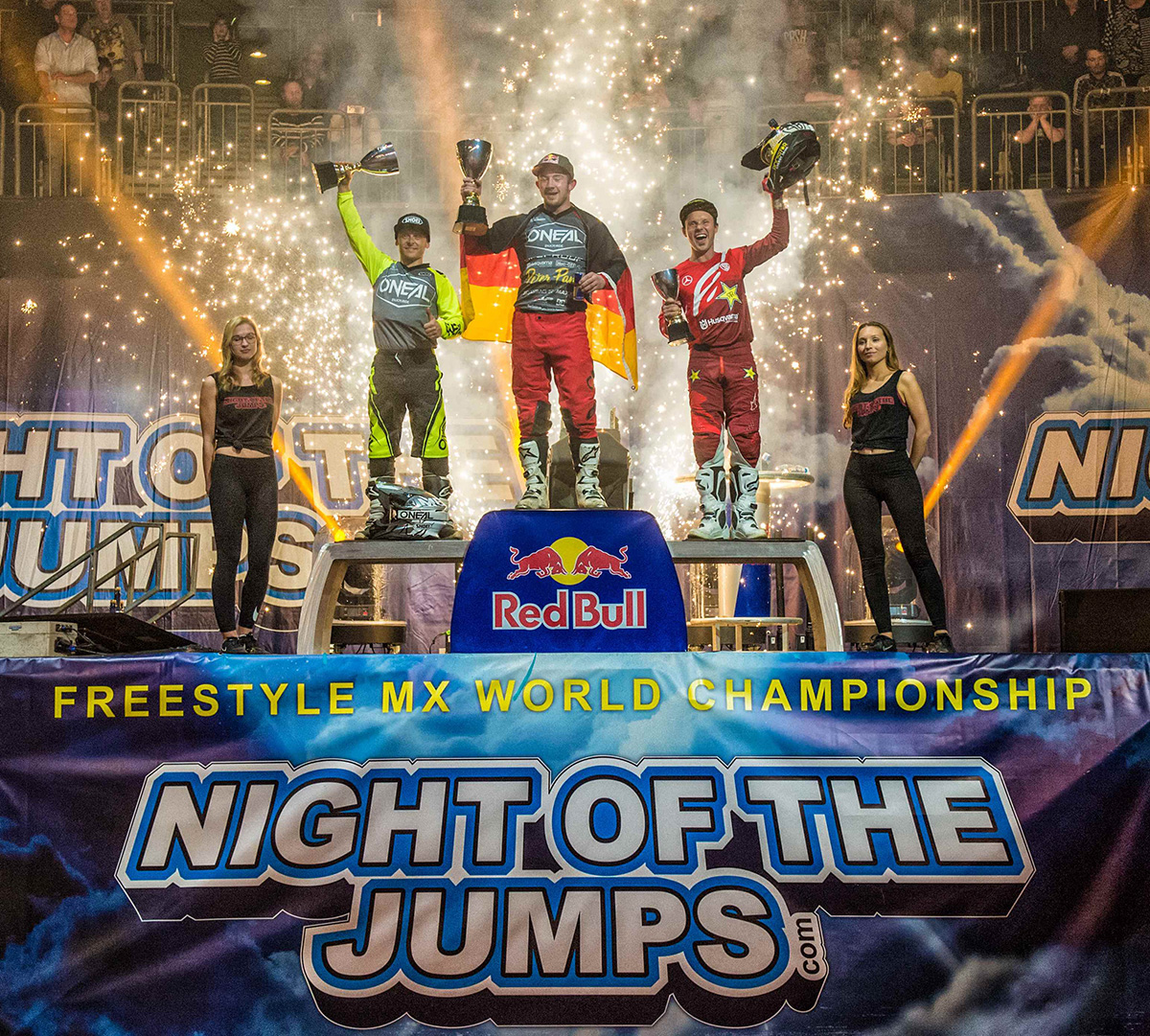