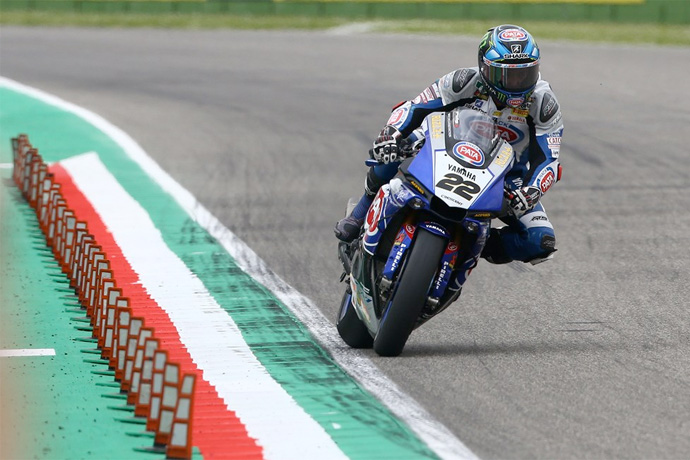 Alex Lowes will take on the sole responsibility for the Pata Yamaha Official WorldSBK Team this week as the MOTUL FIM Superbike World Championship travels east to the Sepang International Circuit, in Malaysia.

Due to the ankle injury sustained during a qualifying accident at Imola less than a fortnight ago, Sylvain Guintoli is forced to miss the sixth round of competition on medical advice. Given the short time between the events, despite the efforts of Yamaha and the team, it has not been possible to secure a suitable replacement rider for the Sepang races.

Equalling his best result of the season so far, a sixth place, in Imola's second race, Lowes is eager to push forward with the progress made and information learnt at the Italian circuit and to build on the ever-increasing development to the YZF-R1.

2016 provides his third visit to the 5,543m Malaysian track and although temperatures are expected to reach close to 40å¡C with humidity levels high throughout the weekend, the British rider is confident he is up to the challenge having already experienced his YZF-R1 in the heat of Thailand just two months ago.

"I'm really keen to get out to Sepang and try to improve the results both for Yamaha, me and the team." Lowes said I'm hoping some of the things we have learnt over the last race at Imola will transform over and we can take a step closer to the front guys.

"It's a very wide track that actually needs a lot of precision to make sure you are not adding another 200m to your lap due to the size and there are many very hard braking zones from high speeds so the bike must be working well under braking. The track is quite flat but some corners can be quite bumpy too but hopefully the resurfacing should have helped with that this year. It's probably the hottest race of the year but overall Sepang is a fun track to ride!

"It's a great shame that Sylvain's injury means that he cannot ride here, he has a lot of experience and speed at this track, but I wish him the best and look forward to being back to full team strength at Donington Park."

Guintoli will not participate in the Sepang round, having undergone further investigation and scans on his left ankle following his Superpole high-side at Imola on Saturday 30th April. The Frenchman will receive additional analysis in the coming days before a final treatment plan is decided upon and any updates will be delivered in due course.

The Sepang International Circuit has hosted the WorldSBK Championship consecutively for the past three years but its return later this week will see the first international competition to run on its updated and resurfaced layout.