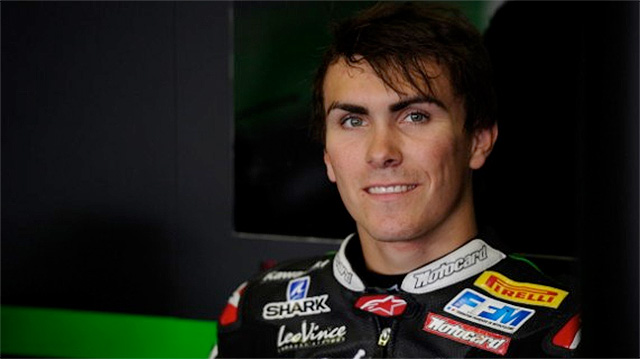 The NGM Forward Racing Team has signed an agreement with Loris Baz for the 2015 MotoGP season.

The 21 year old French rider completes the Forward Racing line up alongside of Moto2 World Champion Stefan Bradl on board of a Forward Yamaha. Baz, who is currently riding for Kawasaki‰Ûªs factory team in World Superbikes, will make his debut in the MotoGP World Championship with the NGM Forward Racing colours.

"He is a young rider who has proved to be fast in World Superbikes and we would like to give him the possibility to show his talent also in MotoGP. I‰Ûªm very happy to start this new adventure with Loris and bring this new rider in the premiere class, continuing our mission of talent scout team alongside of Yamaha. Loris will partner Stefan Bradl and we are delighted to line up a very young team with a 21 year old Frenchman and a 24 year old experienced German rider‰Û