Lorenzo, Kallio and Aussie Jack Miller To Start From Pole In Misano 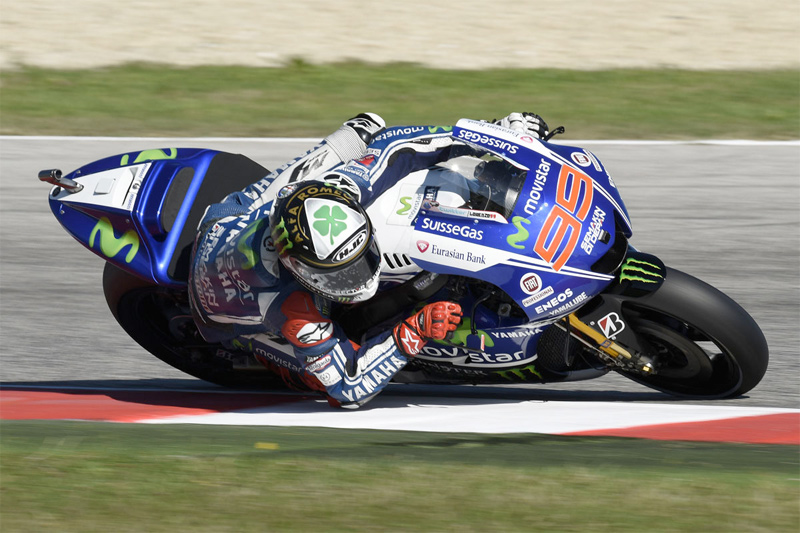 Putting yesterday‰Ûªs rain and troubles behind him, Lorenzo was quick on to the circuit for the start of the 15 minute qualifying heat and straight to work. His first flying lap delivered a 1‰Ûª33.604. He kept pushing for the second lap and shaved a little off to go second with a 1‰Ûª33.502 before returning to the pits for fresh rubber.

He was back on track in confident mood with a little under six minutes remaining as an intense battle got underway for the front row. A flurry of fastest sections followed by numerous protagonists but it was Lorenzo who emerged the victor, taking provisional pole with two minutes left on the clock after a scorching 1‰Ûª33.238 second lap time.

The lap proved unbeatable, putting the Movistar Yamaha rider on pole for the first time this year.

‰ÛÏFinally after a long, long time, we make a pole position so I‰Ûªm very proud." Lorenzo commented. "From the beginning we‰Ûªve been competitive, not like in Silverstone where we had some issues.

"It seems like the Yamaha is working very well as Valentino is also very fast. I pushed hard in the beginning but maybe didn't know the perfect lines for the perfect lap. Then in the second tyre I made a very good lap time but just in the first section I lost one or two tenths because I made some mistakes and went wide.

"From section two I made an unbelievable lap so I‰Ûªm very proud. The important thing is tomorrow, it‰Ûªs the day we get the points so we have to make a good start and try to lead the race and win.

"Being on pole gives a small advantage at the start so I will try to make profit of it and push away in the first laps. It won‰Ûªt be easy to go away as Vale has a good pace and the others will be there but I‰Ûªm going to try.‰Û 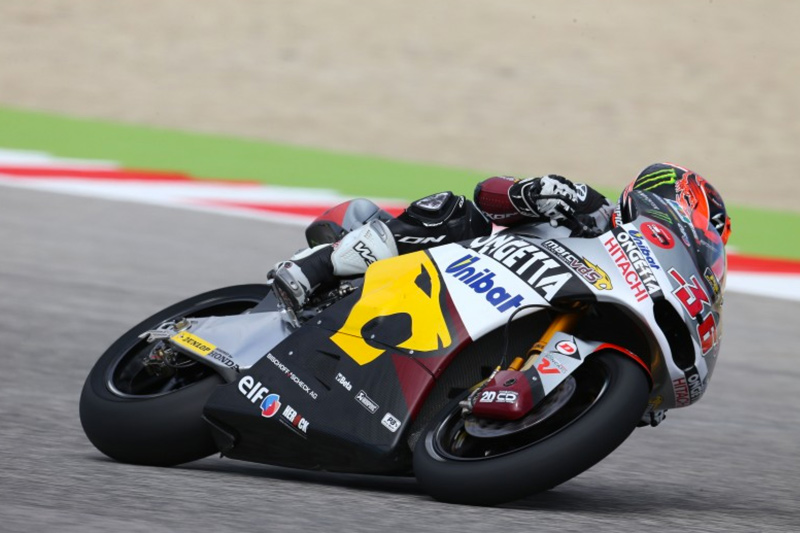 The top slot in Moto2 qualifying was taken by Finn Mika Kallio
In Moto2 Qualifying the first two grid positions went to the top two title contenders, although in reverse order.

The top slot was taken by Finn Mika Kallio (Marc VDS Racing Team Kalex), with a margin of just over six hundredths of a second. Kallio, who lies second overall by only 17 points, has qualified on pole twice before this season, and two of his three wins came from those positions.

‰ÛÏThere was no big plan today." Kallio admitted. "Everybody had to find settings really quickly because of the rain yesterday. I have to say thanks to the team, because my bike was good already from the morning session.

"Then I knew everything was possible in qualifying, but I struggled at the beginning to find a good feeling. After I put on a new front tyre, the rhythm was good. I pushed very hard, the bike was sliding everywhere, but I managed to stay on and get the lap time. Tomorrow will be tight.‰Û 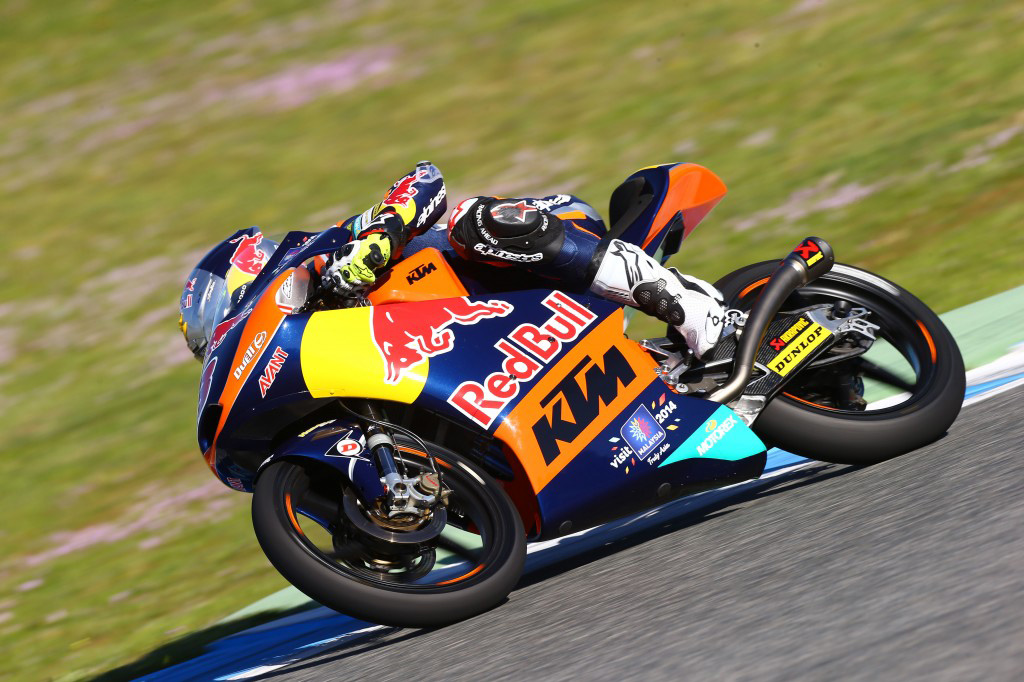 Miller with a 1‰Ûª42.974 lap time, held off his nearest rival Niklas Ajo (Avant Tecno Husqvarna Ajo). by a slender 0.004s, with Alex Rins his Estrella Galicia 0'0 Honda machine rounding out the front row of the grid.

Top Image: Jorge Lorenzo will start from Pole at Misano