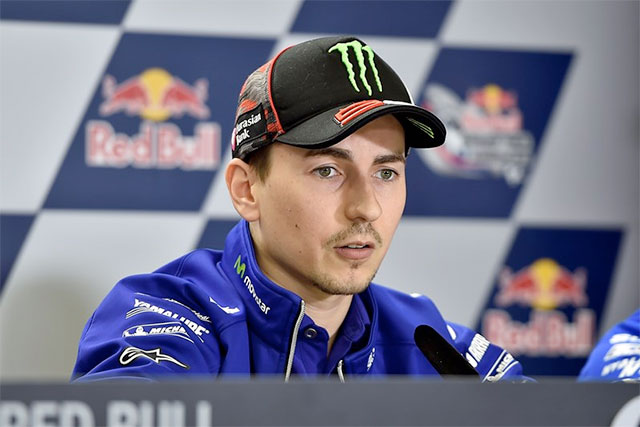 Yamaha and Jorge Lorenzo will part company at the end of the 2016 MotoGP season and with his departure Ducati has announced that they have officially signed him for the next two seasons.

Yamaha has issued a statement in wish they say.

"Yamaha Motor Co., Ltd. announces that its partnership with Jorge Lorenzo will be discontinued at the close of the 2016 MotoGP season, when Lorenzo will move on to new racing challenges."

Since Lorenzo joined the Yamaha Factory Racing Team in 2008, Lorenzo and Yamaha won three MotoGP World Championships (2010, 2012 and 2015), clinched 41 race wins and have been on the podium 99 times out of 141 races contested.

Yamaha saying that it is extremely grateful for Jorge's contributions to its racing successes and looks forward to sharing more memorable moments during the remaining 15 MotoGP rounds of 2016, their ninth season together.

The company added that it wishes Lorenzo the very best in his future racing endeavors and reconfirms the Movistar Yamaha MotoGP team's full support on his campaign to achieve his fourth MotoGP title.

Having already reconfirmed Valentino Rossi for 2017-18, Yamaha will announce the future Movistar Yamaha MotoGP team riders' line-up in due course after securing the services of the second rider.

Ducati announced shortly after the official Yamaha release it has reached an agreement with Lorenzo that will see the Spanish rider take part in the MotoGP World Championship in 2017 and 2018 aboard the Ducati Desmosedici GP of the Ducati Team.