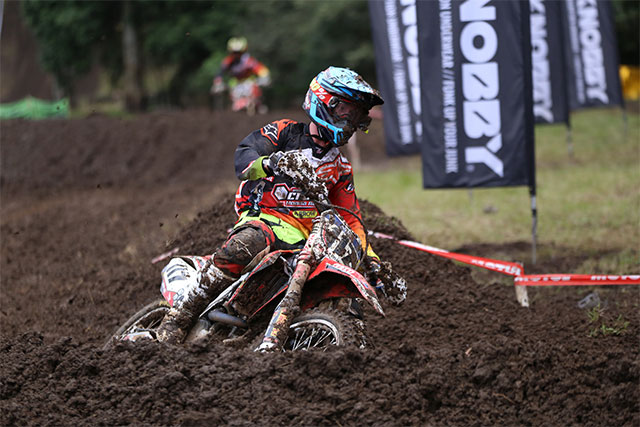 Crankt Protein Honda Racing Team‰Ûªs Dylan Long and Jay Wilson raced to consistent results despite wet and muddy track conditions, at Round 7 of the 2016 Motul MX Nationals at Conondale in Queensland over the weekend.

With the Green Park venue soaking up the rain throughout Saturday night, when Long and Wilson arrived at the track for racing on Sunday, they were treated to a circuit holding plenty of moisture, and when bikes headed out for qualifying Long took to the conditions well, making it through to a second consecutive GoPro Superpole, where he finished in fifth due to a crash, while Wilson qualified in 6th position.

In moto one, Dylan Long launched out of the gates, snatching up the the first holeshot of the day, however a few small mistakes saw him drop back to 6th position by the end of the moto. In moto two, Long, was consistent once again - fighting through pain in his injured thumb to wrap up the final race of the day in 6th place. With 6,6 finishes Long wrapped up the round in 6th overall.

‰ÛÏIt was a bit of a tough day today. I was really happy to get in to GoPro Superpole again, but I crashed on my hot lap and that forced me to have to settle for fifth gate pick,‰Û 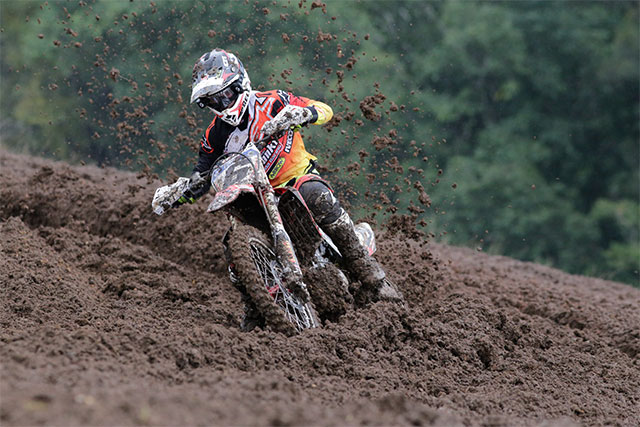 Jay Wilson
For Jay Wilson, race one handed him his best result of the 2016 season ‰ÛÒ putting in a tidy and consistent ride to cross the finish line in 5th place. In moto two, the conditions on track were nothing short of gruelling, however it was Wilson‰Ûªs Crankt Protein Honda CRF450 machine which took the second holeshot of the day. However, due to a small mistake Wilson was forced to drop positions, eventually crossing the line in 7th place in race two. Wilson‰Ûªs 5,7 results saw him finish on equal points with Long, however was awarded 7th overall on a countback.

‰ÛÏIt wasn‰Ûªt a bad day for me. I‰Ûªm not entirely happy with where I finished, but fifth in moto one was definitely a step in the right direction,‰Û