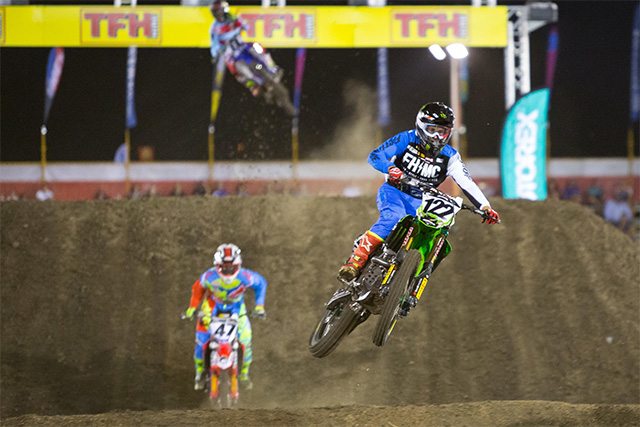 After a huge kick-off to the 2017 Australian Supercross Championship last month, Jimboomba X Stadium in south-east Queensland is set to do it again when the popular venue plays host to the sixth and grand final round of the series on Saturday, November 18.

Once more the local Logan community and businesses will be throwing their support behind the spectacular event, which will feature the best Australian and American dirt bike racers fighting over the prestige and prizes that come with being crowned Australian champion.

The City of Logan Council weighed in with major sponsorship of last month‰Ûªs Australian Supercross Championship opener and is doing so again for next month‰Ûªs grand final.

Likewise Logan-based TFH Hire Services, which provides builders and contractors equipment hire services, is a major sponsor of both Jimboomba rounds, as is Logan Law, a local law services office that is keen to assist anyone who has ‰Û÷copped one in the bumper‰Ûª.

Other local Logan businesses that have pledged their support of the Australian Supercross Championship final round include LED Light Group (light towers) and AE Group Civil & Mining (construction project management).

‰ÛÏHaving strong local community and business support is vital to the staging of events of the stature of the Australian Supercross Championship,‰Û