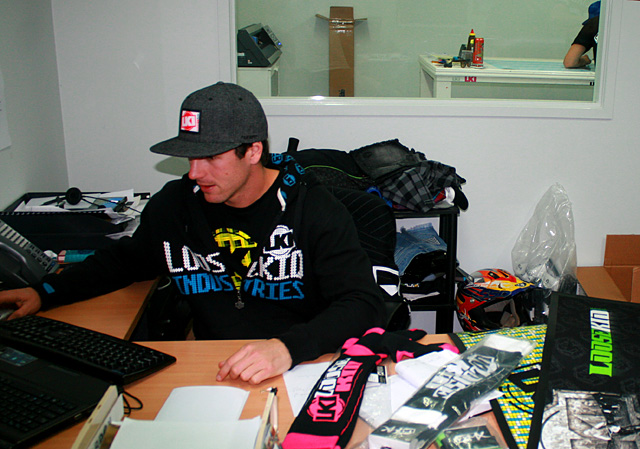 The LKI (Loose Kid Industries) brand is continuing to grow rapidly in the lifestyle fashion market around the country. Producing and selling a variety of casual ware and merchandise, the LKI logo is a regular fixture around motocross track nationally.

That Presence is about to grow even further with LKI signing a three year deal to become the official clothing partner for the Monster Energy MX Nationals, starting an exciting relationship that the brand creator Jason Daniel has been wanting to do for a long time. The new partnership will see WEM track staff dressed in LKI clothing and also a merchandise stand at every round in 2012.

"I am really excited as it means a lot to me to be apart of the series." Said Daniel's "It has been something I have wanted to be apart of for a long time. We give a lot of support to Motocross at a state level,to now be able to be a part of it nationally and help the sport grow to another level and bring new things to the table I couldn't be happier." the Queenslander added.

"This year it all kind of fell into place I met Kevin Williams from WEM in 2009 and he has helped us out while we have been growing. This year the brand was ready to jump on board and work with them in a bigger way and we were able to put together a three year deal for the Nationals series. he continued.

Also as part of the new relationship LKI have just released an event cap ready for the series kick off this weekend at round one in Conondale, as an added bonus for the entire series, anyone purchasing on of the official LKI Monster Energy MX Nationals caps will recived a $10 discount for entry into the MX Nationals.

"We have come up with a lot of ideas to try and help the sport grow, one of which is the event cap to help promote the series. We will be selling these caps at the each round,Online,and in stores, spectators who purchase the cap will receive $10.00 of entry to this years MX National rounds, with the voucher attached to the swing tag, on the cap. People wishing to take advantage of this off will need to have both the cap and the tag on them when attending the events." explained the 25 year old.

"We have a lot of good athletes and teams this year with Jake Moss new team , Team MX Factory with Michael Phillips and Justin McDonald from NZ, Team WRD with Wade Hunter Shaun Redhead ,Dylan Wills, Scott Mann, and we are looking at a couple lites riders which we would like to support at the moment also." Concluded Daniel. 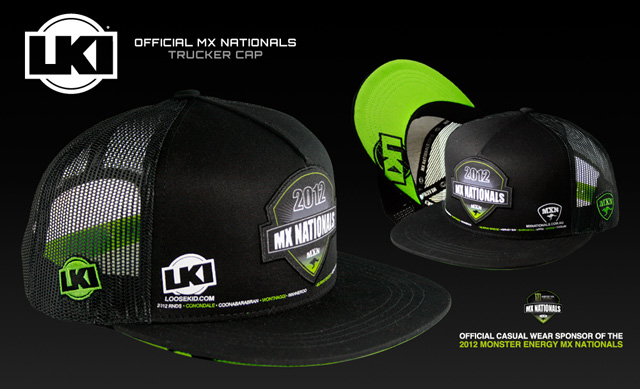