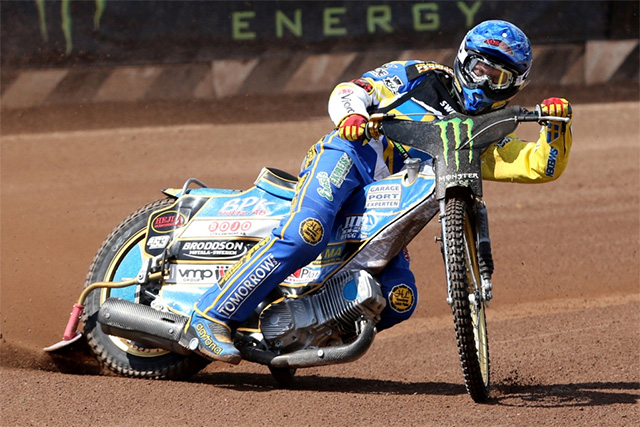 The 2015 Monster Energy FIM Speedway World Cup winner, who claimed silver with his country at this year‰Ûªs Final in Leszno on July 8, dons the No.16 race jacket for what will be his fifth SGP appearance.

An unused track reserve in last season‰Ûªs Stockholm SGP, his last outing came as a track reserve at the 2014 Swedish SGP in Malilla, so the Gorzow and Masarna man will be keen to make his mark against the sport‰Ûªs elite with at least five rides on the fast and furious G&B Arena circuit.

Also in the Teng Tools Swedish SGP field as track reserves are No.17 Kim Nilsson and No.18 Joel Kling. Both are Swedish internationals, with Kling a member of this season‰Ûªs Dackarna squad.

They will take to the shale if any of the main 16 riders are forced out of a ride due to injury, illness, a starting offence or other reasons.

The referee for the Malilla event is Artur Kusmierz from Poland.