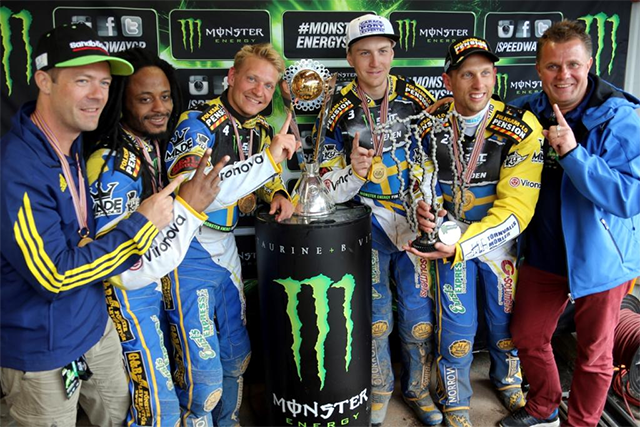 The three-time SWC winners take on Denmark, Russia and Latvia in Event 2 at the Stena Arena, with the winners joining reigning champions and hosts Poland and Event 1 victors Great Britain in the Monster Energy SWC Final at Polish track Leszno on Saturday.

The runners-up and third-placed nation face Australia and the USA in the Race Off, also at the Alfred Smoczyk Stadium, on Friday, where one remaining Final spot will be up for grabs.

Lindgren is joined in the Swedish side by new national champion Antonio Lindback, former world No.2 Andreas Jonsson, Linus Sundstrom and under-21 reserve Joel Kling.

And while he‰Ûªs expecting a huge battle, Lindgren is keen to keep Sweden out of the cutthroat Race Off event and take the easier route into the Final.

"We‰Ûªre looking to go straight to the Final from Vastervik. That‰Ûªs our goal," Lindgren said, "It will be hard. Denmark have such a great tradition with the World Cup and Russia have plenty of good riders. It‰Ûªs going to be a tough challenge.

‰ÛÏI think my form has been pretty good all year. Anton looks like he‰Ûªs picking up at the right time for the World Cup.

‰ÛÏIt‰Ûªs about performing on the day. Vastervik is a track we all enjoy riding. There are plenty of racing lines there. We‰Ûªll be focused, make sure we have everything prepared 100 percent so that we can go out there and do the job on the track.‰Û