Like the weather, it was a mixed day for Pata Yamaha at Assen Race 2 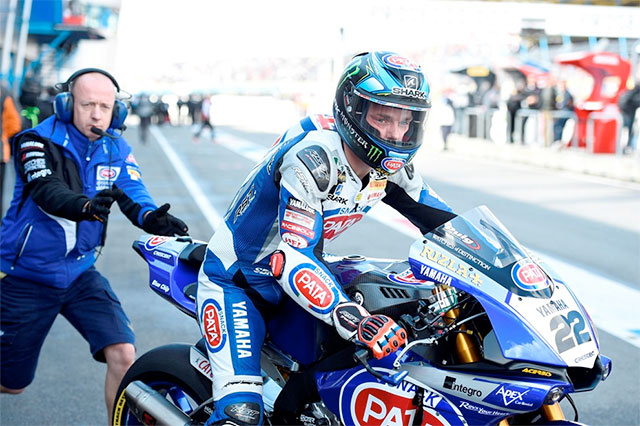 It was a case of tyre gambles and pit stop strategies for the Pata Yamaha Official WorldSBK Team at the Assen TT Circuit in The Netherlands as the lights went out for the final MOTUL FIM Superbike World Championship race of the weekend.

After a bright and sunny start, a short but heavy downpour just minutes before the grid formed for the afternoon's contest left Alex Lowes and Sylvain Guintoli lining up on a wet but drying track and under threatening skies. Lowes led the Yamaha charge with a hard-fought seventh in the challenging conditions, as Guintoli finished 11th.

With the unknown elements of how quickly the track would dry and if the rain would return, Lowes started race two on a fully wet setup. Quickly gaining from his 12th place grid position, the British rider used his knowledge of the track, and its difficult conditions, to his advantage. Running his YZF-R1 in the top ten from the outset, Lowes advanced to fifth by the 10th lap before deciding his optimal moment to change tyres.

Returning to the track on slick rubber he quickly regrouped and was back in the battle for sixth by lap 16, collecting nine points from his seventh place finish as the chequered flag waved. Lowes leaves the fourth round having boosted himself to a top-ten championship position overall and looking to continue the development as the team move on to Imola, in Italy, in a fortnight's time.

"It was a difficult race today because nobody quite knew what the weather was going to do or how the track was going to react to the changing conditions," Lowes said. "I pushed the YZF-R1 as much as I could without risking our race and tried to manage the pit-stop window as best we could as a team. It's a solid result with more important points, but it's not where we want to be so we will keep on working to improve and develop as we have been and look forward positively to Imola." 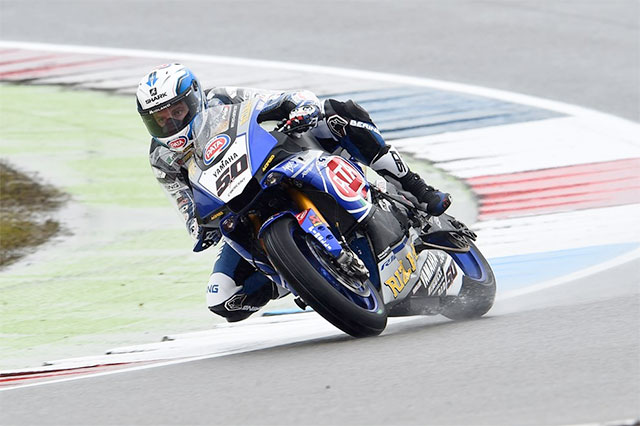 Starting the wet race on intermediates didn't work out for Sylvain Guintoli.
Believing the surface would dry almost immediately, as is normally the case at the Dutch track, Sylvain Guintoli gambled on an intermediate rear tyre choice. Unfortunately for the Frenchman the conditions failed to comply.

Struggling to generate the desired level of heat and grip in his rear tyres, Guintoli lost time at the start of the race preventing him from utilising the pit-stop window with the majority of the field. Picking up speed and positions at mid-race distance he concluded the 21-laps in 11th place, claiming five points and sitting eighth in the rider standings.

"The conditions were really changeable for today's race. I thought the track would dry a lot quicker than it did, because normally it dries really fast here, so I thought the intermediate would be good for the first lap, but it didn't so I struggled," Guintoli said,

"The plan was to have a good performance with the intermediates from the start and then swap to slicks, but unfortunately for the first five minutes of the race I lost a big, big amount of time and I could not get any heat in the rear tyres. This meant I had to change my strategy because we had lost so much time and I just couldn't afford to pit. It was a struggle and unfortunately it was a gamble that just didn't pay off."