Life in the past lane: Chas Hern 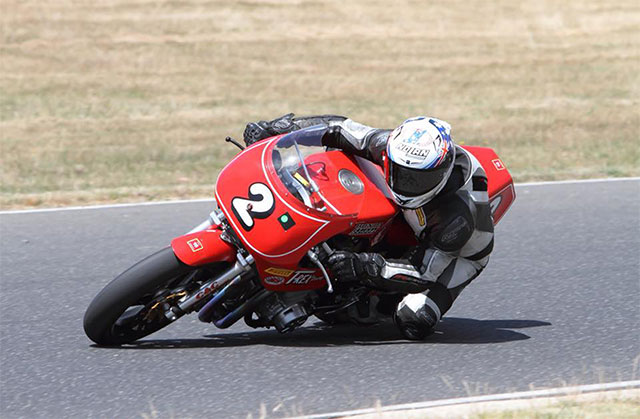 Victorian Charles ‰Û÷Chas‰Ûª Hern loves to live life in the past lane so is eager for a dose of high-quality historic road racing when Broadford‰Ûªs State Motorcycle Sports Complex hosts the 2016 Shannons Victorian Historic Road Racing Championships this weekend, April 2-3.

Motorcycle enthusiasts from across Australia are expected to flock to Broadford with a wide range of classic bikes from days gone by. The Shannons Victorian Historic Road Racing Championships will also host the F2 Sidecar Cup.

Chas, 33, from Epping, also an avid road racer and dirt track rider, loves the thrill of riding rare machines from yesteryear. He recently competed in the 2016 QBE Barry Sheene Festival of Speed where he finished first in the Period Six class at Eastern Creek in New South Wales on March 19-20.

In a remarkable feat for the Harley Club of Victoria, three club members topped the podium in the Period Six class, including Chas, Cameron Donald, and Dean Oughtred in first, second and third-places respectively.

Finishing fourth was none other than 1993 500cc GP World Champion Kevin Schwantz from the United States. ‰ÛÏWe actually presented Kevin Schwantz with a Harley Club of Victoria membership on Saturday afternoon, actually getting him to fill out the form and signing it for us just for a bit of fun,‰Û 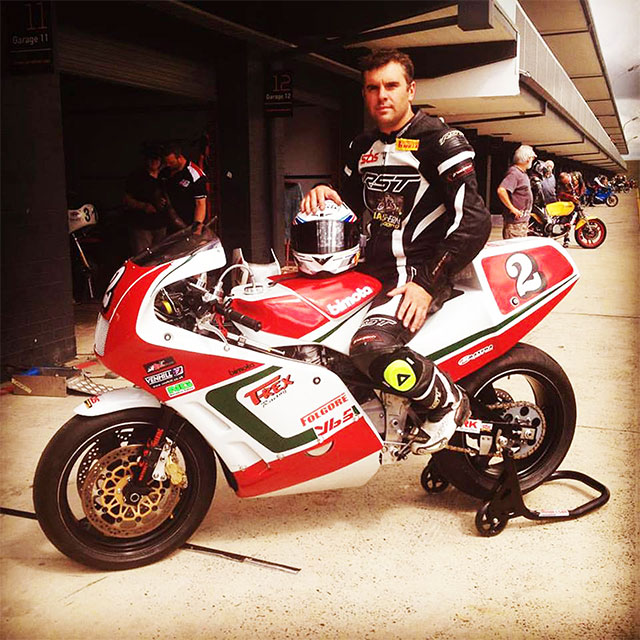 Chas Hern at the Barry Sheene Festival of Speed at Eastern Creek on March 19-20 (Image Credit: Chas Hern Racing).
HCV president Richard Loft said that the winning performance of club members at the Barry Sheene just two weeks ago showed-off the benefits of dirt track skills, which is very applicable to many other motorcycling disciplines including road racing and historic road racing. ‰ÛÏIt‰Ûªs great to have Kevin as an honorary member of the HCV meaning we had the top four finishing positions which is fantastic,‰Û