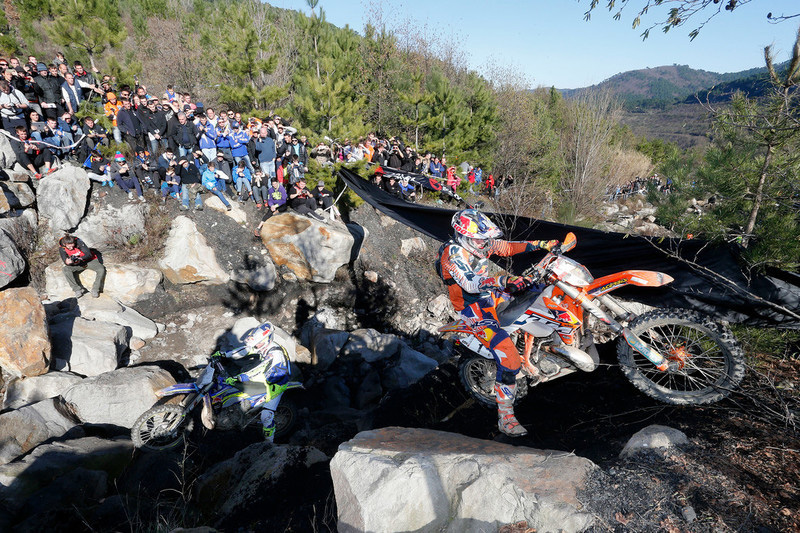 Jonny Walker will not be competing at this year‰Ûªs ErzbergRodeo due to the leg injury he sustained at the penultimate round of the FIM SuperEnduro World Championship.

Working tirelessly in recent weeks to be ready to take on the Iron Giant the three-time Erzberg Red Bull Hare Scramble champion has been forced to following the advice of doctors and not risk possible further set backs to his fractured Fibula.

At round five of the SuperEnduro World Championship in Prague a lowspeed practice crash resulted in Jonny fracturing his right Fibula. As leader of the SuperEnduro series at that time Jonny went on to race the following and final round in Madrid in the hope of winning the title should anything untoward happen to his closest championship rivals.

Despite doing all he could to be ready for Erzberg recent X-Rays showed that his fractured Fibula isn‰Ûªt fully healed. Competing in such a grueling event as Erzberg would likely result in ‰Û÷the very real possibility of a further set-back or complications‰Ûª. Prior to his SuperEnduro campaign Jonny started his 2016 Extreme Enduro season in winning form by topping the Ales Trem event in France before taking a commanding win at round two of the British Extreme Enduro series.

Jonny will return to competition at Red Bull Romaniacs in early July, if not sooner.

Although unable to compete at Erzberg Jonny will attend this year‰Ûªs event to support his KTM team mates as well as commentating on the race for Red Bull TV.

‰ÛÏI really am gutted about not being able to compete at Erzberg this year." Walker commented. "Both for myself and all of my sponsors, it‰Ûªs such an important race ‰ÛÒ one that despite my leg injury I‰Ûªve been looking forward to for months. But I have to listen to the advice I‰Ûªve been given by my doctors.

"The simple fact is that the broken Fibula I sustained at the penultimate round of the SuperEnduro series isn‰Ûªt fully healed. As disappointing as it is to be missing Erzberg risking possible complications would potentially only set me back further. The really frustrating thing is that I continued my winter SuperEnduro training programme in readiness for Erzberg. I feel fitter and stronger than I think I ever have.

"I‰Ûªm still going to Erzberg, just not as a racer. I‰Ûªll be there supporting all the KTM guys as well as getting involved with some commentary duties, which I‰Ûªm really looking forward to. My focus now is to give my leg the little more time it needs before I can start my on-bike training again. Then it‰Ûªll be all systems go for Red Bull Romaniacs.

"It‰Ûªs been a really tough few weeks so I want to say a huge thanks to all of my sponsors for their understanding. I‰Ûªll be back racing soon.‰Û