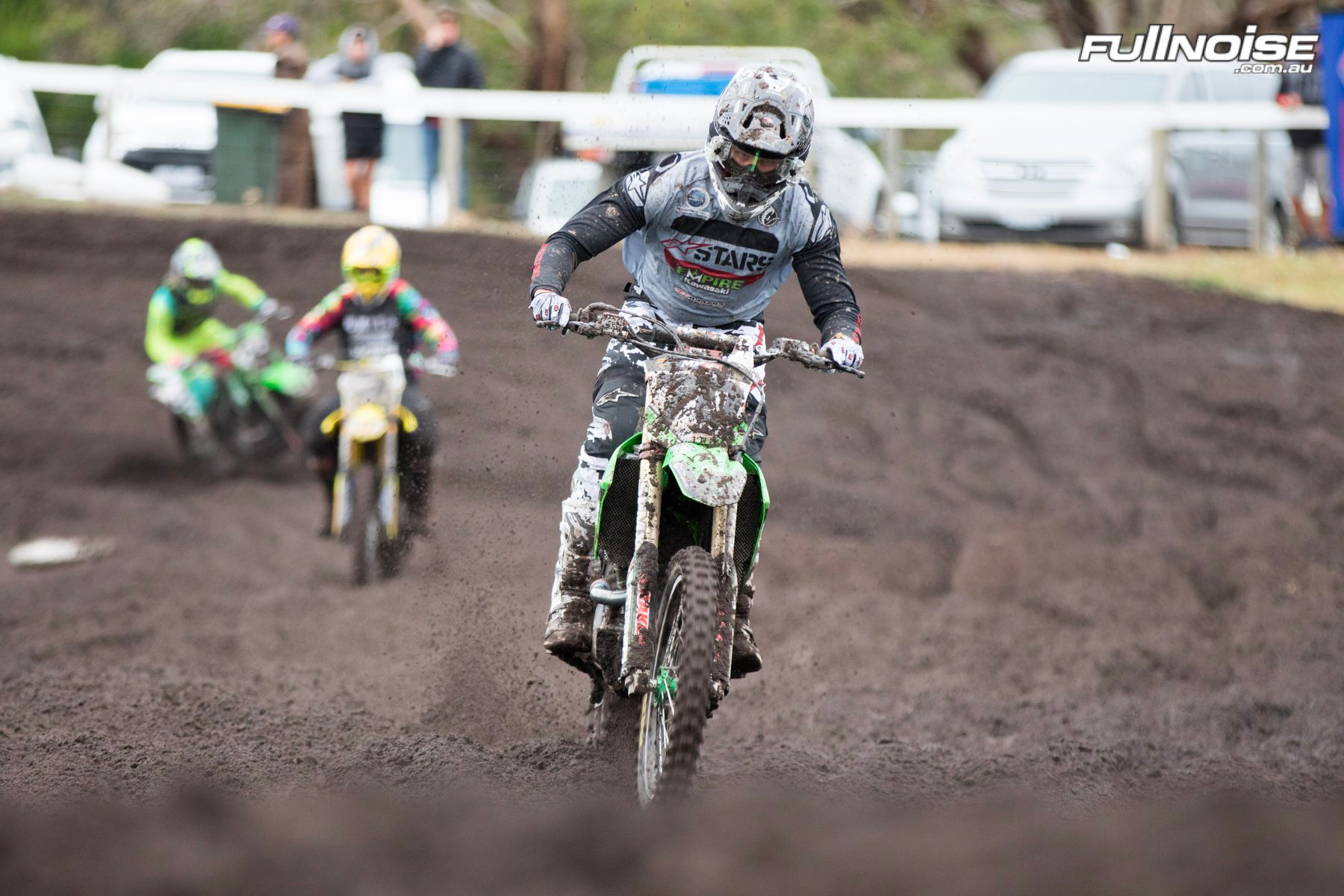 Lawson Bopping set the track alight in moto one, holeshotting and then leading for two-thirds of the moto. Photo: Aaryn Minerds
Former MX Nationals front-runner Lawson Bopping has impressed in his return to the series after a three year absence at the second round of the Pirelli MX Nationals at Wonthaggi, Victoria.

With team regular Empire Kawasaki Dylan Long sidelined with an elbow injury sustained at Appin‰Ûªs opener, the team drafted in long-time MX Nationals campaigner Bopping, who returned to the outdoor series for his first motocross race in three years.

After qualifying twelfth fastest the New South Welshman kickstarted his return to racing in sensational fashion, hole-shotting the opening moto before checking out and leading the field for the opening two thirds.

As the race neared the closing stages, the number 70 faded slightly, ultimately seeing him settle for fifth. Returning for race two, Bopping remained consistent as he managed his body, collecting a 10th in the tough conditions for a very respectable fifth overall.

‰ÛÏIt was a great weekend, and I had a lot of fun with the team,‰Û