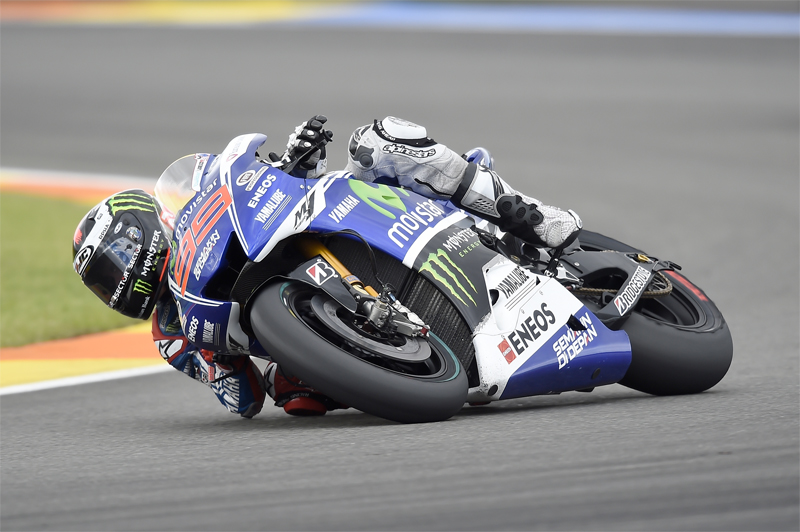 Similar to yesterday, the seven hour long session started with a completely drenched track, forcing the team to wait for conditions to improve before heading out.

With a little more than four hours remaining Lorenzo decided to join the action. He quickly picked up the pace and moved to the top of the standings after his 14th lap, clocking a 1‰Ûª31.464.

Using this as a benchmark, Lorenzo spent the rest of the session preparing for next year‰Ûªs season, as the pace noticeably quickened towards the end of the session. Though he was unable to beat his time from Monday, the Spaniard showed improvement in his times and signed the 2014 season off with a positive feeling.

‰ÛÏIn general I‰Ûªm quite satisfied, because we tried some things we couldn‰Ûªt try yesterday and it was slightly better." Lorenzo said. "The new parts are not a really big improvement but they‰Ûªre a step forward, so I am happy about this test.

"It's been a long and tough season but it's not yet over for me: in few days I'll fly to Indonesia for some promotional activities and after that I will take the occasion to spend some days off in Bali with friends.

"In December I will participate in a car race and after that, finally, I will head to a sunny place for Christmas. In the meantime I will work hard to be back in 2015 stronger and ready for the new season.‰Û 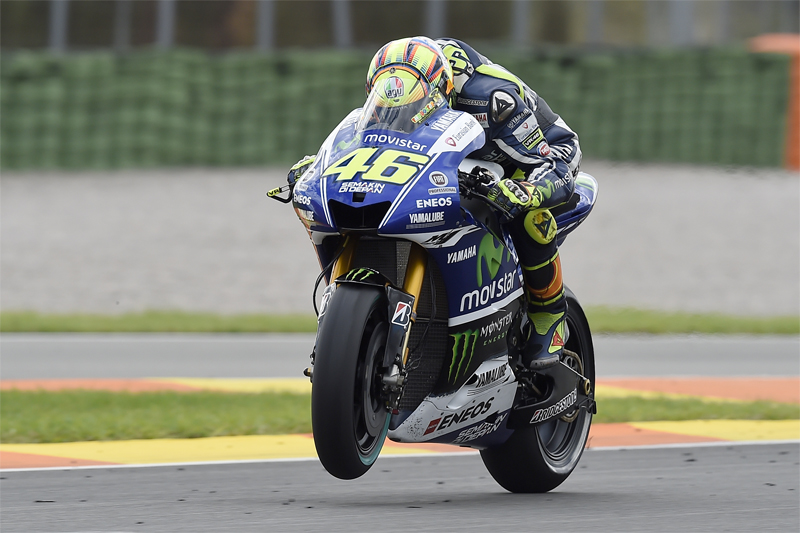 Valentino Rossi completed 68 laps in total and wrapped up the third day of testing in fifth place
Valentino Rossi started the session around the same time as his teammate and soon climbed up the order, rising to second place, just 0.012s behind him. The nine-times World Champion focused on testing new parts for the 2015 machine and went the extra mile to provide feedback.

‰ÛÏWe had some different stuff that we wanted to try, so we waited yesterday in the wet and worked a little bit on it today." Rossi explained. "Today was important, because it was the last day of testing before the winter and I feel good with the bike.

"We have some new things: a different swing arm and chassis. We also tried different parts to follow the new weight limit of the bike. I‰Ûªm happy about the test. More or less everything about it was positive, so we did a good job today.

"From one side we need a bit of rest because it has been a long season, but on the other side I‰Ûªm sure that in two or three weeks time we will miss the racing, but now it‰Ûªs winter time so it‰Ûªs time to relax.‰Û