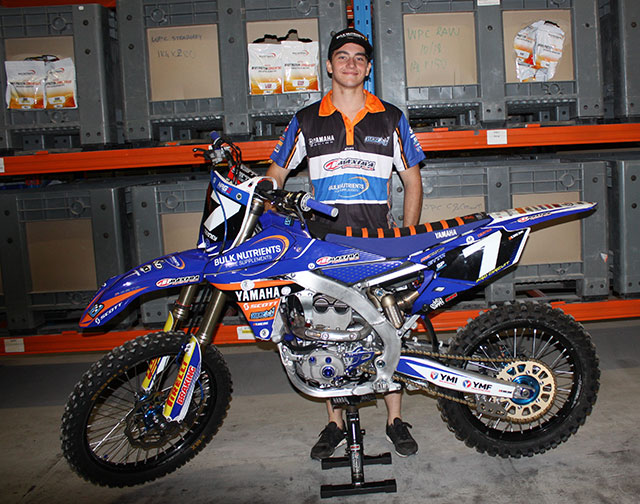 WBR Bulk Nutrients MX2 rider Connor Tierney will miss the opening round of the Motul MX Nationals which are set to kick off this weekend at Wonthaggi in Victoria.

Tierney's MX2 team-mate Aaron Tanti will still compete while Youngster, Hugh McKay will once again compete in MXD, where he hopes to improve further in his second year after completing 2016 inside the top 10.

After a strong 2016 season in MXD, where Tierney held the red plate for most of the year, he has made the wise decision to allow further rest for an ACL surgery, the second on the same knee.

"Although I‰Ûªm not riding, I will be at the first round to help the team get the ball rolling," Tierney said. "I have decided not to compete until the surgeon is 100% happy with my knee. It will be very hard to watch, particularly as I have been training hard and really do feel ready to be out there, but I‰Ûªll just play it by ear and hope to line up for Rd two‰Û