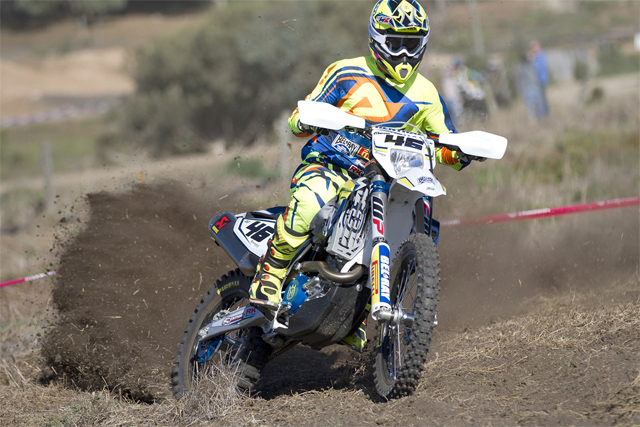 Husqvarna Enduro Racing Team rider Lachy Stanford celebrated his first AORC double class win this weekend as he and his Husqvarna FE501 topped the E3 class on both days of the Australian Off-Road Championships‰Ûª Murray Bridge stopover in South Australia.

The smooth riding Byron Bay racer won the big-bore class on Day One ahead of Beau Ralston, and on Day Two ahead of AORC championship leader Daniel Sanders, taking his personal tally of outright podiums to four from six starts as he claimed third overall on Saturday, and runner-up today.

‰ÛÏReally happy! The double win was a very solid result," Stanford said. "I‰Ûªm pretty stoked to get another third and second outright as well and be up into second outright in the points. I‰Ûªm getting closer to the top step.

"The track was cool, it was hard pack. Everyone has been busy practicing grass track but this was a lot harder to ride, it was quite a slippery surface. It got pretty rough; it was almost like a hard-packed motocross track," Stanford explained.

"I‰Ûªve been doing a bit of motocross so that suited me fine, and I can't fault the bike, the Husqvarna FE501 has been awesome at every track we race now, I haven't been able to fault the bike at all," he added, "A huge thanks to Christian and Dave and Kevvie for working with me all weekend, and to the South Australian boys for putting on such a great event.‰Û