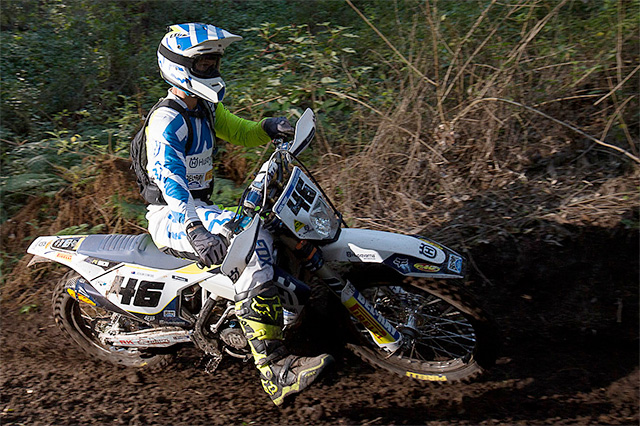 Husqvarna Off-Road Team lead rider Lachlan Stanford logged his best result of this year‰Ûªs AORC, at his home ground of Kyogle for the penultimate round of the Yamaha Australian Off-Road Championship.

The big man from Byron Bay got as close to tearaway championship leader Daniel Milner as anyone in 2017 when he finished second outright and first in the E3 category on both days.

In the technical trails and off-camber corners, Stanford used his naturally smooth style and the broad expanses of torque churned out by his Husqvarna FE 501 to gain a critical advantage in the season-long arm wrestle he‰Ûªs had with young KTM charger Lyndon Snodgrass.

Stanford‰Ûªs hefty haul of points has also seen him leap-frog from fourth into a share of second place in the unofficial outright classification.

With the final double-header in Victoria just a fortnight away, Stanford will have plenty to fight for.

‰ÛÏIt was definitely a positive weekend for me," Stanford said. "Two second outrights and two wins is by far my best weekend in the AORC. It‰Ûªs what I‰Ûªve been wanting to do all year, just be battling for wins in the tests. Milner‰Ûªs exceptionally fast, there‰Ûªs no doubt about that, but in one test today I got 0.9, and that‰Ûªs the closest I‰Ûªve been to him all year.

"It‰Ûªs where we wanted to be for sure, so we‰Ûªre pretty stoked. It‰Ûªs great to reward Christian, Lewie, Kevvie and Dave because they put so much work into me.

"The tracks this year have been half-motocrossy and very fast, whereas this was an enduro track. We had rocky creek sections, really steep hill climbs, off-camber. The really technical tests and that definitely worked in my favour, and the FE 501 was such an awesome bike here. Even though the tracks were pretty tight, the bike still felt really good," Stanford concluded. 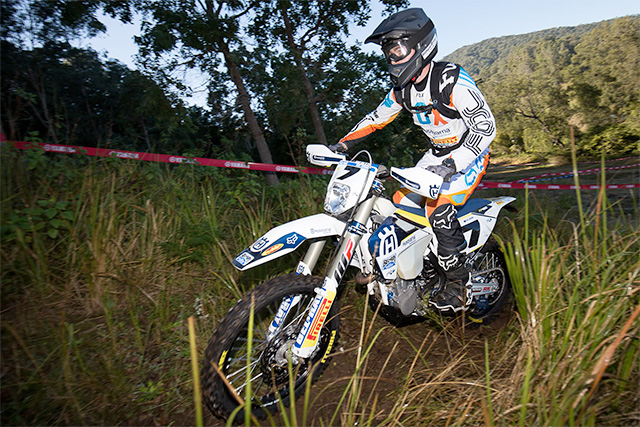 In a split-second charge toward dust and low sunlight during early morning practice, Grabham clipped a tree root and fell awkwardly enough to require immediate withdrawal from the event with a shoulder injury.

The only good news came when RaceSafe checked the Bathurst rider over and expressed that his injuries seemed indicative of soft tissue trauma rather than broken bones.

Grabham had, however ridden enough of two special tests to be certain that both he and his Husqvarna FE 450 would have been highly competitive at Kyogle. However, he will now have to wait until he completes a series of scans and X-rays to find out whether he will be fit for the final.

‰ÛÏI‰Ûªm spewing. I was on the long loop which I‰Ûªd walked the day before so I knew it pretty well, and I pinned it pretty quick up one of the faster uphills. I knew the roots were there from walking it, but I couldn‰Ûªt see them that well because there was dust from the guy in front, and just as I crested, the early sun was right in my eyes," Grabham explained. "I must have hit one of the roots just with the rear and it‰Ûªs kicked up on the front wheel, but then my front hit one as well and I flew over the bars heavily and landed hard on that shoulder, then the bike pinned me as well. I was stuck there until Fraser and Driscoll came and lifted it off me. I got up and the shoulder was sticking up three or four centimetres from where it normally is and I thought; ‰Û÷that‰Ûªs not good‰Ûª.

"Disappointed is a massive understatement. Coming from all the other rounds where I haven‰Ûªt been comfortable with the conditions, I finally get to a place where it‰Ûªs bush and real enjoyable with off-cambers and roots and logs and all the good stuff that I love, and this happens. Riding the two specials that I did and walking the tracks on the Friday, I honestly think that I would have been right there for the outright. This is my kind of thing and I‰Ûªm as quick as anyone at it," Grabham concluded.

‰ÛÏWe went really well. This is a big win for us. Our start wasn‰Ûªt fantastic with Broc injuring himself pre-riding the second test ‰ÛÒ which was one he had walked - early in the morning. He‰Ûªll get some scans tomorrow and we‰Ûªll know if the next round is possible for him. Lachy had quite a convincing class win over Lyndon, so he‰Ûªs re-taken the lead and it‰Ûªll come down to the wire for the E3 championship at Omeo.

"I was very impressed with his riding today. The tracks were very hilly and technical and suited his style and technique. He looked really comfortable. He basically didn‰Ûªt ask us to change a thing all weekend.‰Û