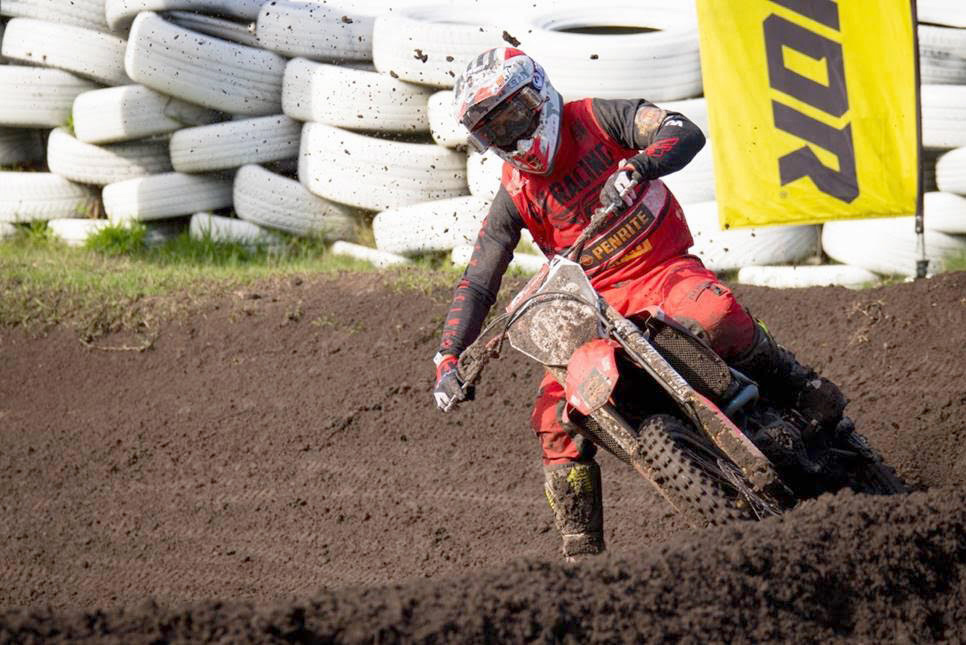 Under cold and wet conditions, the young West Australian pushed hard to claim the overall win, with a 1st in moto 1 and 3rd in moto 2, on the Saturday (day one) of the double header.

Hitting moto 1 with a classic holeshot, Webster never looked back and worked up a very convincing lead over the 30-minute race, crossing the finish line with a 10-second lead from competitors.

Elated with his first victory of the season, Webster repeated his form in moto 2 with another holeshot and a P3 placing, ultimately claiming his first overall victory in the highly contested MX2 Class.

"It's so satisfying to finally win a round of the MX Nationals. I've been working so hard towards this result, it's amazing. I'm so grateful for the huge effort that my team puts in to make this possible and to have had both Honda and Penrite present at the event made it really special," Webster said. 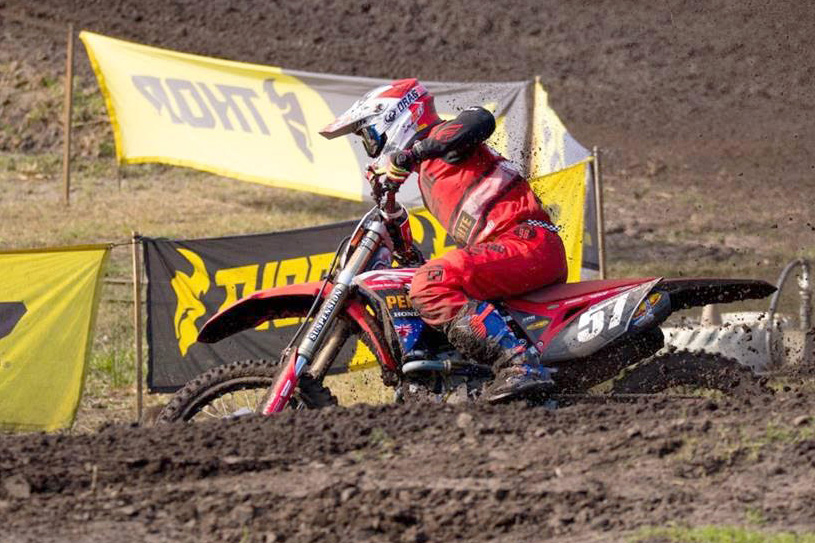 Jackson Richardson in suffered a dislocated shoulder in moto 2 on Saurday and sat out Sunday. Photo: Graeme Baynes
Teammate Jackson Richardson started the day with similar success with a strong start in moto 1, chasing down his teammate for half the race until he settled back to finish in 4th place for the moto.

"It was so cool for Kyle and myself to be out in front of the field on our Hondas. I pushed hard and did my best." Said Richardson.

Regrettably, Richardson suffered a dislocated shoulder in moto 2, stopping him from competing for the rest of the weekend and building on his position in the Championship.

Day 2, Round 4 of the MX Nationals was not as kind to the team. Webster suffered a technical problem in moto 1 whilst in 2nd place chasing down the lead and Richardson sidelined due to the shoulder injury he sustained on day one.

Moto 2 was also difficult with Webster missing his start and being involved in a 3rd corner accident. He fought back from 30th place to 9th to salvage some of the very important Championship points needed for the long season ahead.

Team principal, Mark Luksich saw the weekend as a roller coaster for the team, with mixed results and so many highs and lows.

"Saturday was a brilliant win from Kyle, I was so happy for him but also so disappointed for Jackson. Racing is tough and you have to take the good and the bad. We sure got a share of both this event. The win was great for the team and we will keep working towards having more of them." Luksich finished.

Round 5 of the Pirelli MX Nationals will be held in Murray Bridge, South Australia. 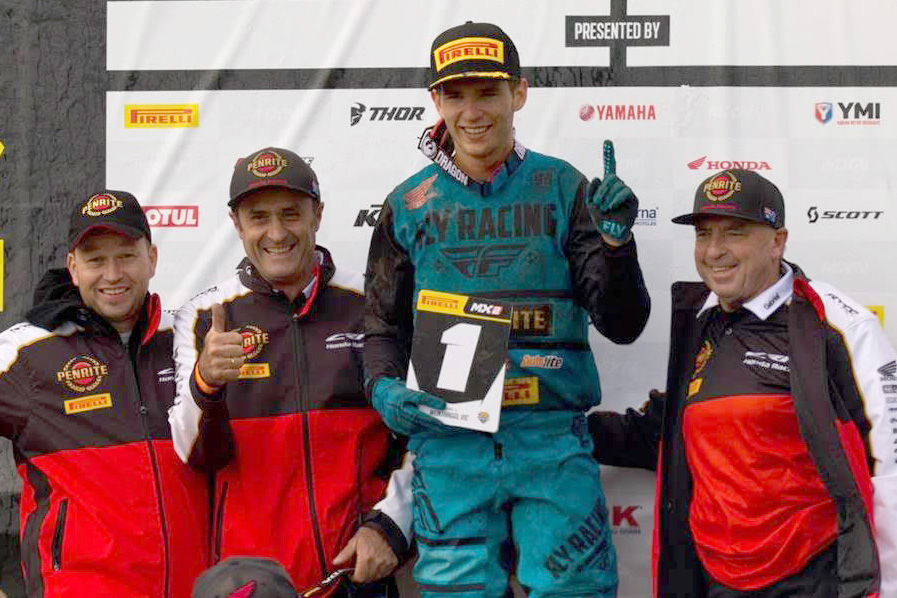