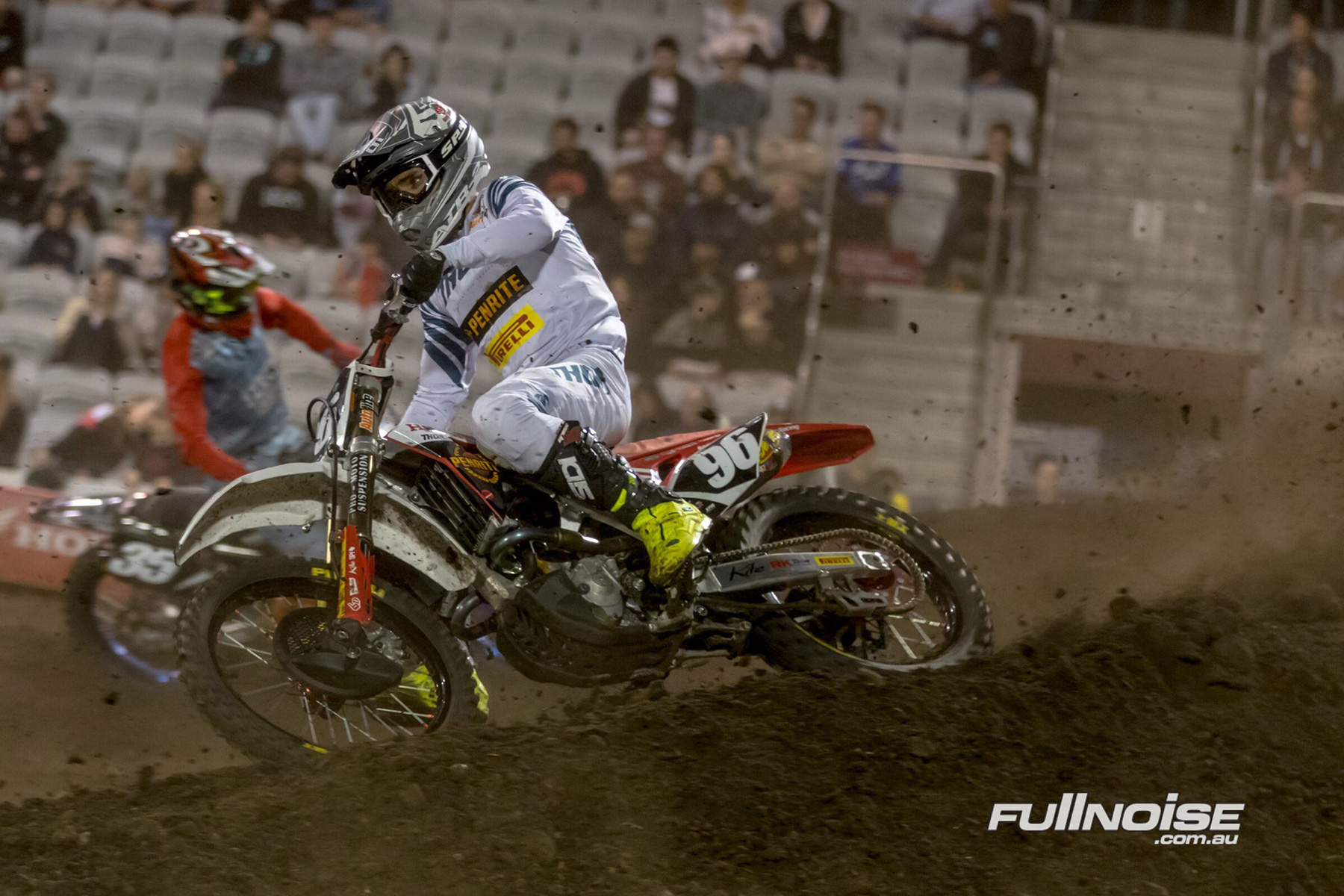 The Wollongong event marked Webster's return to racing, after the current Australian MX2 championship runner-up was sidelined from round two last month after suffering collapsed lungs in a training crash. Photo: Aaryn Minerds
Penrite Pirelli CRF Honda Racing team riders Kyle Webster and Rhys Budd were in the thick of the SX2 class action, the Honda duo finishing the round in 10th and 13th places respectively at the third round of the 2019 Australian Supercross Championship after an action-packed three finals on the night.

The Wollongong event marked Webster's return to racing, after the current Australian MX2 championship runner-up was sidelined from round two last month after suffering collapsed lungs in a training crash.

‰ÛÏIt was awesome to get back behind the gate and get on with racing again,‰Û 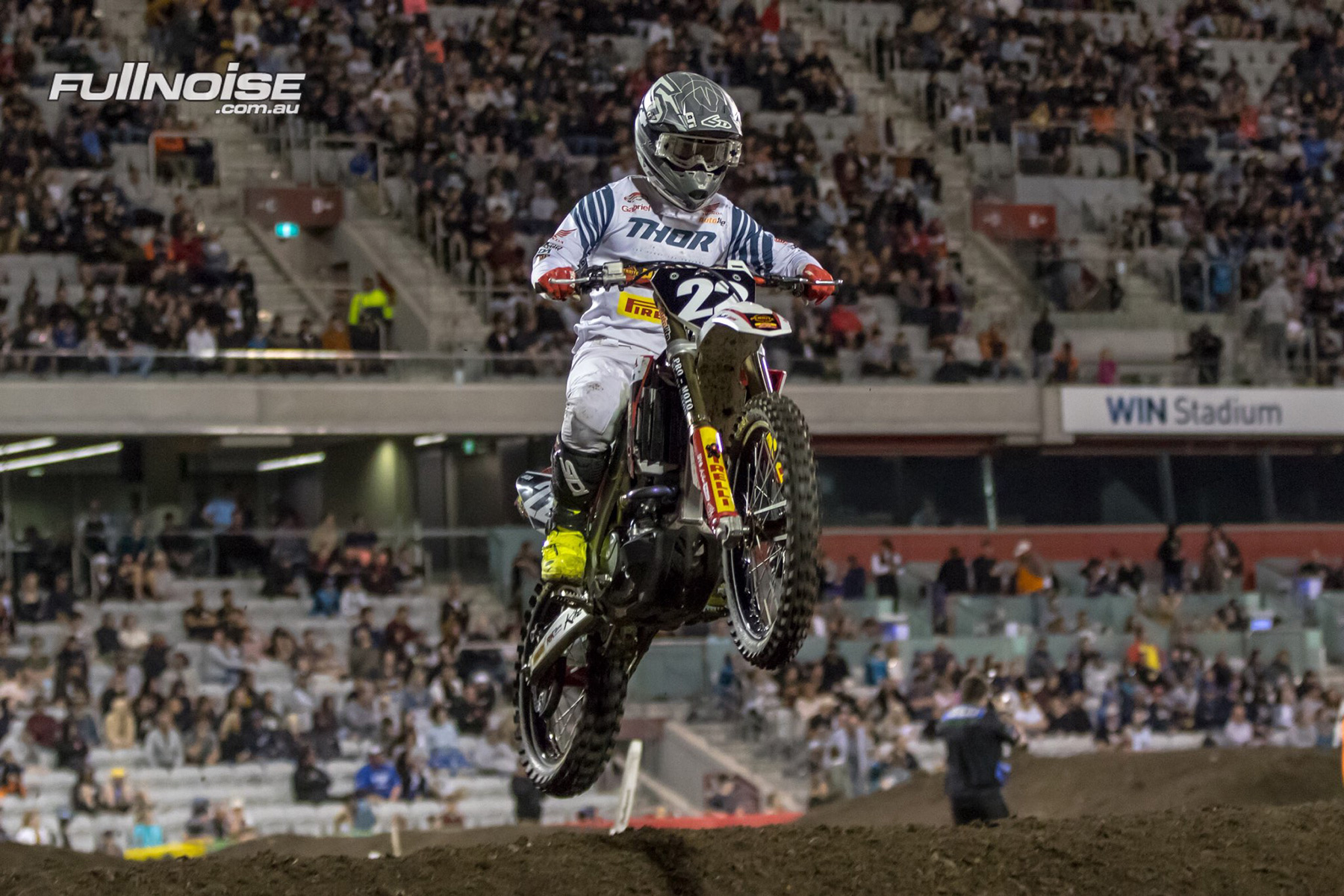 Rhys Budd made it through the LCQ but had some highlights through the night with plenty of time in the thick of the action. Photo: Aaryn Minerds
Second Penrite Pirelli CRF Honda Racing team rider Rhys Budd also enjoyed the Wollongong event, despite his evening kicking off with a crash in his Heat race while running third, which forced him to the Last Chance Qualifier.

‰ÛÏBut in the LCQ I rode a solid race and took the win, which was great, but it left me with a bad gate position for the three Finals,‰Û