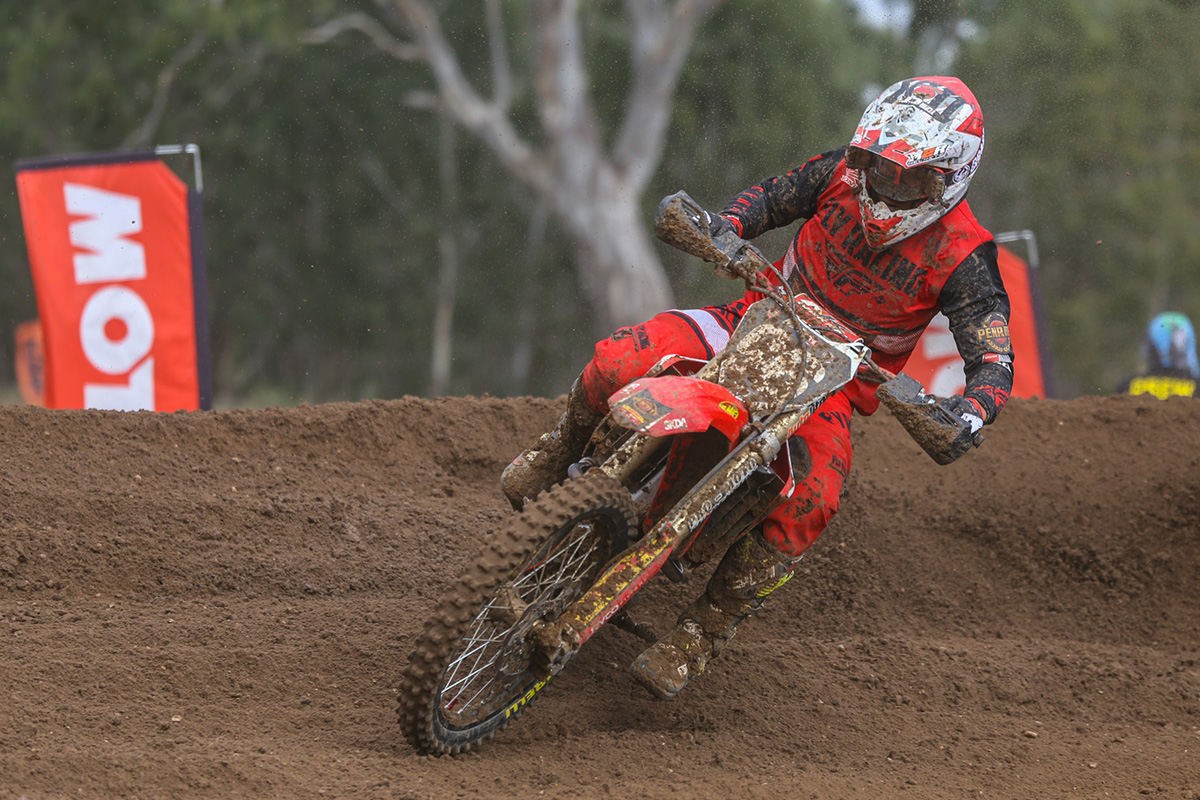 In windy and difficult conditions at the opening round of the 2018 Pirelli MX Nationals at Newry, Vic, Webster was in good form qualifying third in the MX2 class and within fractions of a second of Wilson Todd and Dylan Wills in the 1:55 time slot.

Webster suffered from a poor start in moto one and after working his way through the field and suffering a small miss-hap; he managed to finish in 10th position.

In moto two Webster enjoyed a better start and placed himself in third around the first corner, just behind teammate Jackson Richardson. A battle developed between Webster, Richardson and the lead rider until Webster finally put down the hammer and secured the moto fastest lap and a solid second place. At the emd of the day Webster was credited with fourth place overall.

"I'm just so happy to know that I have the speed to go racing at this level again after the huge time off from my broken back last year," said Webster.

Webster's team-mate Jackson Richardson got himself into a bar bashing battle in the first moto following a good start and having worked his way to second chasing down the leader, suffering from arm-pump he faded back to 7th position.

In moto two Richardson burst into the first corner in second and again had to relent due to arm-pump and held himself in 7th position again picking up valuable points for the championship.

"I can't say that I'm really pleased about my results today. I have not raced outdoor motocross since last year at Shepparton where I did my shoulder and no matter how much pre-season training you run it's hard to simulate a full 30 minute Moto against one of the hottest fields in the country. I'll go back and hit things harder and get to round 2 at Appin to give it a better shot," Richardson said.

Team manager, Mark Luksich was satisfied the start to the season and commented; "We all go to win, simple as that, but my guys looked good, our bikes were awesome and we go home un-injured ready to hit the next round."