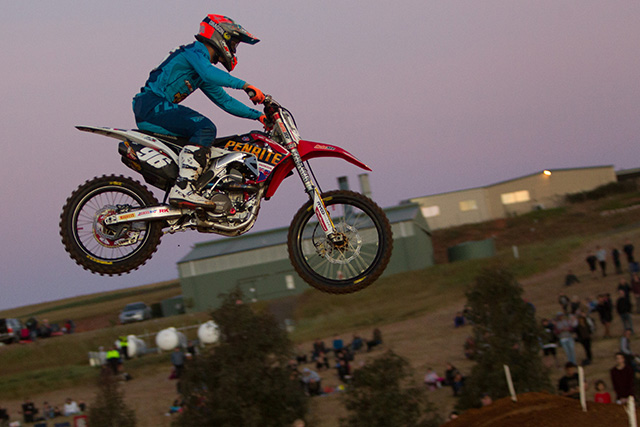 Round two of the 2017 Australian Supercross Championship descended on Bacchus Marsh near Melbourne, Victoria, on Saturday night (October 14) and for the Penrite CRF Honda Racing team it was an evening of very mixed fortunes.

In the SX2 class, Kyle Webster kicked off proceedings with fifth fastest time in Qualifying before snaring a strong second place finish in his Heat race behind Hayden Mellross.

Boosted by a strong start to proceedings, Webster was in a confident mood heading into the SX2 Final, however luck was not on his side when he crashed heavily and was struck by his bike, the impact leaving him with injured vertebrae. 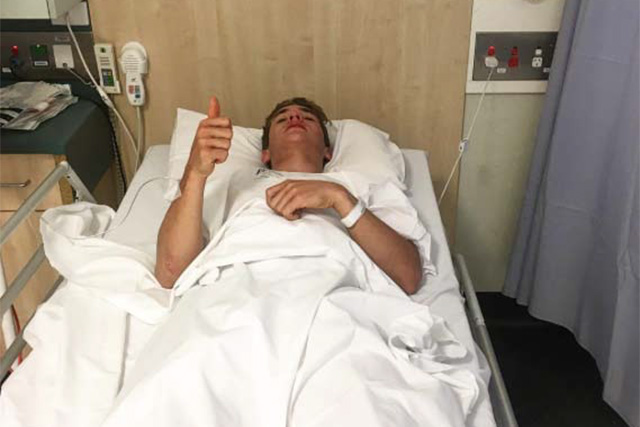 Kyle Webster gives the thumbs-up to family, friends and fans from his hospital bed as he awaits surgery to treat the vertebrae damaged in a crash
‰ÛÏI went over the bars on a dragon‰Ûªs back section and the bike landed on my back,‰Û 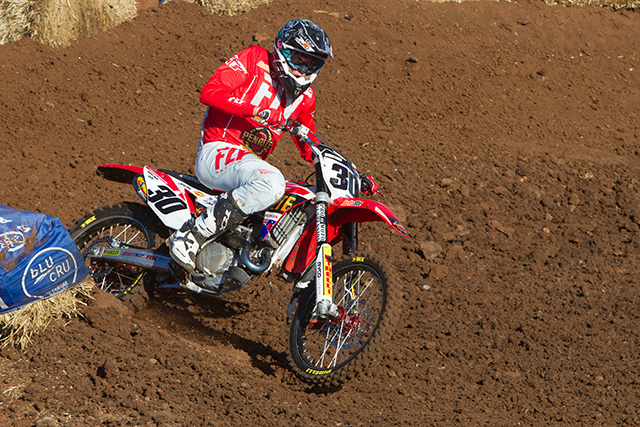 ‰ÛÏRound two featured a really technical track, as the dirt went hard packed and broke away, plus when you throw in the moisture coming up at night, it was a tough gig to nail the big rhythm sections every lap, not to mention the big whoops were a real challenge as well,‰Û