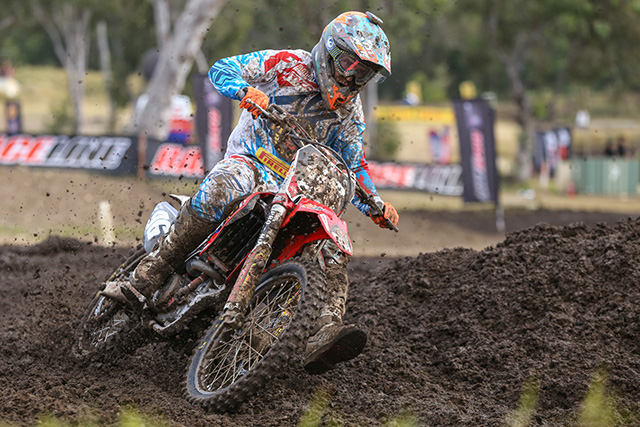 Penrite CRF Honda Racing‰Ûªs Kyle Webster has continued his strong mid-season form with a big performance at Sunday‰Ûªs (July 30) eighth round of the Motul MX Nationals last weekend at Port Macquarie on the NSW north coast.

Competing in the hotly contested MX2 championship, Webster took to the Port Macquarie track with all guns blazing on his potent CRF250R thumper, laying down the fastest time in the morning‰Ûªs Qualifying session.

Then, in the first of the day‰Ûªs two points paying MX2 motos, Webster steered his Honda to another podium placing, crossing the line in third place behind arch rivals Egan Mastin (KTM) and Wilson Todd (Yamaha).

In race two, Webster fought back from a tangle with another rider and eventually took the chequered flag in sixth place, his 3-6 scorecard for the day giving him fourth overall for the round.