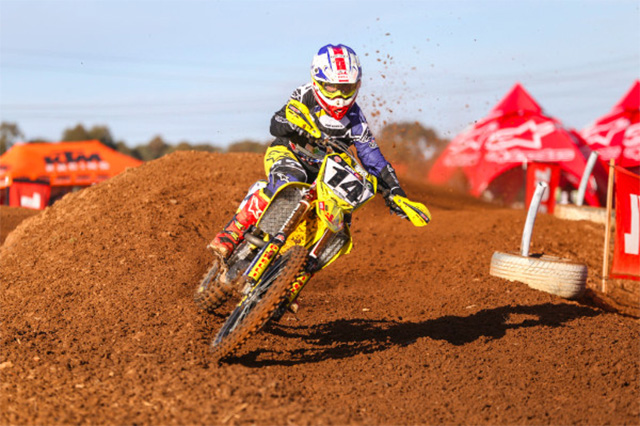 Despite being bitterly cold down south, the racing on track was nothing short of heated in both motos, and Peters was well within the mix battling with some of the best riders in this year‰Ûªs championship.

After qualifying for GoPro Superpole yesterday morning where Peters clocked the fifth fastest time, the American import then had a successful opening moto. Peters made his way from eighth through to fourth position in race one, passing numerous heavy hitters along the way, eventually concluding the moto just shy of the podium in fourth.

In race two, Peters was back in 13th position after only one lap on the gruelling Shepparton circuit, but once again the Suzuki mounted rider charged through the field and up to eighth place by the conclusion of the moto.

With a fourth in race one and eighth in race two, Peters wrapped up the seventh instalment of the Motul MX Nationals at Shepparton in seventh overall. Following his Round 7 performance, Peters has now moved in to sixth in the MX1 Championship standings with three rounds remaining.

‰ÛÏIt was a relatively good weekend for myself and the team. We got through to Superpole and I just made a small mistake on my hot lap, and then in race one our speed was much better,‰Û